The economically insecure will decide the future

A couple of years ago the RSA spent some time listening to a group of residents in Fife and their experiences of work, assets, welfare and community. Very early on in the conversations it became clear how economic precarity, manifested in a whole series of ways, was taking its toll on their health and well-being.

This burden wasn’t fleeting, it was persistent. As one resident said: “The system fatigues people in every way – physically, mentally, financially.”

Such fatigue, prevalent and experienced as economic insecurity by tens of millions on a spectrum of intensity, causes relentless anxiety and suffering. Poverty and destitution are the most acute phases of insecurity and the wider risk of poverty and the insecurity it engenders makes precarity a far more widespread experience. Our survey work has suggested that somewhere near 40 percent have access to savings of less than £500.

Those on insecure and low incomes, with few assets and significant debt, work that is disempowering and difficult to balance against other needs and responsibilities, struggle to balance their economic lives with good health and a sense of trust and connection to society. The future becomes feared. And that in turn will impair our ability to resolve collective challenges.

One of the key divides is over housing and whether one experiences housing as a cost or an asset. Those in the former category are far more likely to be insecure. In data published today, we have found that 75% of a group defined as the ‘young metropolitan precariat’ are anxious about housing costs. Your housing situation heavily influences whether you’ve built your asset base in the pandemic or seen it depleted. Assets and income both interact and drive security and insecurity. We need to consider how to develop the net asset base of all as part of a comprehensive economic security drive. 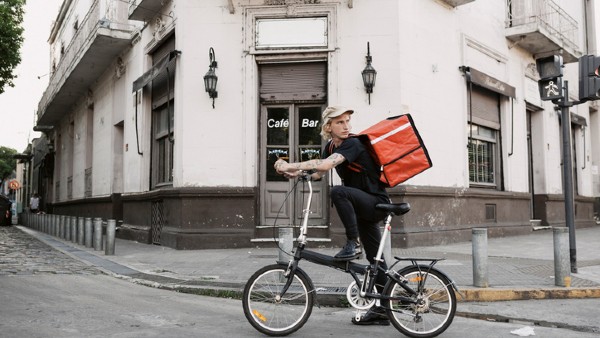 The RSA’s Economic Security Observatory (RSA ESO), focusing on the experience of key workers through Covid-19, finds a tension of economic life, private responsibilities and needs, and individual health and well-being to be a series of intensifying trade-offs. The more economic insecurity one faces - most intensive with poverty levels of income, assets and disempowerment in the workplace - the more health, care and a sense of trust in society become in tension with one another. We call this the ‘Economic Security Trap’.

Let’s take two prevalent groups of key workers: supermarket and NHS staff. Two-thirds of the former feared that they face a significant risk or greater of catching Covid-19 at work. More than two-thirds of NHS staff, who may not be traditionally seen on average to be in a state of economic insecurity, reported to the RSA ESO that they have found it more difficult to maintain sound mental health as a result of Covid-19.

The point here is that relative job and income security come with a trade-off: sacrifice of personal health. Many NHS staff are in fact economically insecure because their work causes precisely these trade-offs: intensively in the past year. That is why non-financial interventions matter and why we have proposed a £250m benevolent fund for health and care workers funded by a tax on super-normal profits from firms able to benefit disproportionately over the past year. This fund would be administered by unions taking into account staff and employer voice to support the well-being and mental health of frontline staff.

The nature of economic insecurity is that at its most intense you have vicious circles of negative life consequences. At less acutely intense levels, individuals and households still face acute tensions and trade-offs so an array of policy and institutional tools are necessary.

All of this taken together demonstrates that economic security is one of the mega-challenges of our times. It is widespread and prevalent. People relate to it in tangible ways; fatigue sets in. And economic insecurity is consequential through the loss of cognitive bandwidth, the ability to make good choices, so called ‘diseases of despair’ such as prescription drug addiction have a connection also, and through these vectors people experience pain and start to feel excluded and stuck.

None of this is fertile ground for the cultivation of the type of belonging and trust that will be necessary to respond to large-scale societal challenges such as global health and loss of biodiversity or structural exclusion of different groups. In our data published today, we show how economic insecurity doesn’t simply lead to a politics of economic justice as might be expected. It intersects with latent values to also create a politics of despondency and a politics of rejection – the latter arguably firing support for Brexit or Trump. We find that two-thirds of the ‘red wall precariat’, the voters that voted Brexit in droves, could not afford a one-off bill of £100.

So economic insecurity is prevalent, tangible, consequential and creates impediments to political consensus and reform. In other words, it’s a big deal.

As a consequence, far more policy, innovation and social change focus should be devoted to economic security as a mega-challenge – not least in the context of a pandemic, the full economic consequences of which have yet to be felt.

There is little doubt that the biggest price will be paid by the most insecure.

In a blog which accompanies this one, Fran Landreth Strong, who is leading our work on economic insecurity and young people, outlines the long-term and persistent impacts on youth if countries don’t respond to Covid-19 economic stress proactively. As Fabian Wallace-Stephens has shown, these risks mount for certain groups of workers as technological adoption accelerates in particular sectors such as retail and food post-Covid-19. Some of the lower rungs that could enable young people to get a better foothold may be removed.

Across the Atlantic there are some very interesting developments on this front. President Biden and the new Congress are working proactively to see an enormous $2trillion economic stimulus passed, including $1,400 stimulus grants for each American earning below $75,000 per annum. And Congress is looking to pass a new child allowance for every child of up to $3,600 per year. Partly because of the way child tax credits in the US work, linked to work, this is a heavily progressive, anti-poverty move. The Republican Senator, Mitt Romney, has signalled support for something similar. This would be the biggest expansion of universalism in welfare in the US in generations and some estimates have it cutting child poverty in half.

The policy frontier is starting to shift; it remains to be seen whether other nations will also be spurred to fundamentally review their social contract in a post-pandemic world. Surely the very least that the UK should see is the Government making the £20 per week uplift in Universal Credit permanent. As a mega-challenge, policy alone won’t be enough to shift the frontier towards much greater economic security. Changes in employer behaviour, support for workers through innovations designed to make money and life more manageable and to aggregate worker voice and bargaining power, and the shift to a jobs-rich greener and more care-centred economy are further necessary innovations and institutional change. All of this will require deep collective political and civil society focus on economic security.

Of course, there is an ethical case to act on economic insecurity. Unnecessary harm should be averted. Beware also the recoil of the tired and excluded. Unless we have a far more comprehensive, concerted societal shift around supporting more widespread economic security, we will struggle to properly engage with and ease the collective challenges we face. Without the engagement of the insecure and the excluded we will be incapable of facing the future. We will be stuck in an ever more fraught present.

The RSA’s economic security work is kindly supported by the Standard Life Foundation, Trust for London, and the Health Foundation.