Is there such a thing as a UK democracy sector? Does it work?

Democracy must constantly be fought for, defended and strengthened to deal with the challenges ahead.

We are little over one month into 2021. For anyone paying attention to the state of democracy, it can seem longer than that. Just five days following the dawn of the new year, a mob of Trump supporters broke into the US Capitol building — the first time it had been invaded since the British burned Washington in 1814 — halting the process of then President-elect Biden’s confirmation.

The attack on the building and the democratic process was the result of years of damage to democratic norms and institutions and of inflammatory language from a populist President — and organising on the right. A wave of condemnation and outrage fanned out internationally, with, in particular, European political leaders lining up to decry the actions.

Then, just weeks later, a freshly inaugurated President Biden told us that ‘democracy has prevailed’. But has it? The threats to democracy pre-date 2016 and are unlikely to go quietly. And were those European politicians on thinner ice than they imagined? 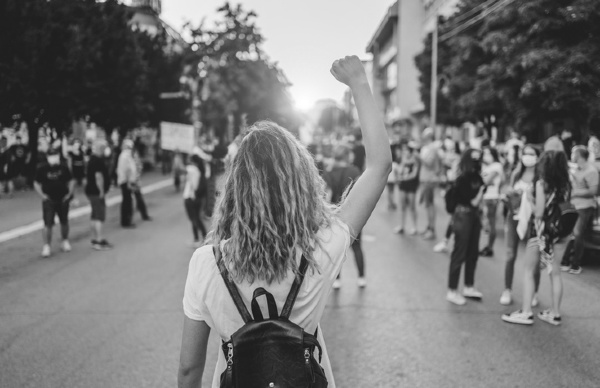 Democracy in the UK

The events in Washington on 5 January made for compelling television, but democracy is under threat over here too, in more subtle, creeping ways. The appeal of authoritarian leaders remains, there is a lack of satisfaction with democracy, a lack of trust in politicians and the system; post-Brexit, the UK governance structure is creaking; there’s near unaccountable power of tech companies; and our first line of defence — an educated citizenry — is not supported. And — deep breath — that’s before we even consider the premature deaths of over 100,000 people from Covid-19, which have shone a light on the weaknesses in UK governance.

Democracy needs defending — and not just by lightly armed police at Westminster. There’s a need for stronger democratic norms, more effective and fairer institutions, better public understanding and knowledge, a more representative political corps, and a better understanding of what a good democracy looks like and where we are on that journey.

We can’t rely on the players in the game to defend the rules of the game. Ultimately, democracy relies on the people to get organised as ‘civil society’. In the UK, this looks like a range of organisations including those defending rights to expression and assembly; educating kids on democratic processes; testing new technologies for their impact on voting or public deliberation; and many more.

There are perhaps hundreds of such organisations in the UK — but they face a problem. Last year, the Joseph Rowntree Reform Trust awarded me a grant to investigate the state of, and willingness for, collaboration and coordination among civil society organisations working on democracy. I interviewed over 50 people in roles in various fields that affect the strength of our democracy.

They told me the sector faces several problems. It’s a sector that is relatively small, fragmented and under-funded; lacks a clear vision of the place we’re trying to get to and policies that will get us there; struggles to engage the public; can be short-termist, guarded or competitive; and lacks compelling or consistent collaboration that could grow social capital. These are no small issues.

Happily, the sector also had solutions. The people I spoke to wanted more opportunities to connect within the sector and outside it too. They wanted to share their skills and experience and learn together about what works for firing up a broader section of the public about why democracy matters.

And there is further good news. The range of methods that could be put into practice to make this happen are inexpensive. In terms of sharing information, we can establish a shared space or directory of people, organisations, projects, funding and research. To help strengthen the bonds of the community working on this stuff, we can run regular cross-sector meetings, buddying projects, peer-coaching, and perhaps even a democracy festival. And we can help people collaborate on projects, share back-office functions, workspaces and media research and public messaging — and potentially a policy platform for a better democracy, too.

Work is already underway on a collaboratively created ‘Democracy Handbook’ that will seek to fill some of those gaps, thanks to seed-funding from Nesta. But we must go further and faster, making greater efforts and deepening collaboration over time. Democracy must constantly be fought for — defended and strengthened to deal with the challenges ahead, which may be far greater than the shock of Covid-19.

It’s in this spirit of urgency and ambition that we’ll continue to grow and develop the UK’s democracy sector. We’ll seek to build new coalitions - to scale and deepen collaboration. And everyone who cares about the future of democracy is invited. If you’d like to support us in our mission to improve democracy, get in touch:

We look forward to talking soon.