This week, the British Prime Minister claimed that capitalism and the profit motive are behind the success of the UK’s vaccine. Despite his quick backtracking, it’s important we use this as a moment to recognise what has truly been behind the best of the crisis. We need to push back on a framing that centres just one sector in a crisis that has brought people together as never before.

On Tuesday night, in a Zoom call with Tory backbenchers, Prime Minister Boris Johnson reportedly told his gathered MPs that “The reason we have the vaccine success is because of capitalism, because of greed my friends." Despite apparently backtracking “so fast,” his words point to a well-entrenched myth, one brilliantly debunked by Economist Mariana Mazzucato, of attributing the successes of a whole country as the successes of the private sector alone.

This is not to say that we should dismiss the important role the private sector has played in responding to Covid-19. The speed with which a vaccine has been developed and distributed is a truly remarkable feat. Particularly in the early response to the crisis we saw some companies leading the way, closing offices before a public-mandated lockdown and shifting production lines to produce ventilators and medical supplies. But to recognise only one sector’s influence is to miss an important lesson. 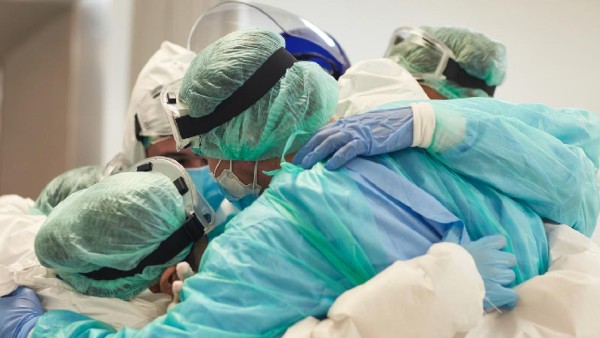 The supply chains and regulatory knowledge provided by the private sector have been essential elements of our success, but they are only part of a collaborative, cross-sector effort. We should also recognise the critical contribution of scientists, like Albert Medal winner Professor Sarah Gilbert, individuals driven less by profit, than by “saving lives across the world.” Or the enormous role the public sector has played, whether through the NHS’s phenomenal response in administering the vaccine, or through public investment: from furlough, to public health campaigns to making vaccine production possible through guaranteed advance purchase orders. Charities and communities as well, from delivering ever more with even less to mutual aid networks.

In this light, it feels less capitalism than collaboration that has been the driving force behind the best that’s come out of this crisis.

Further, to attribute success to greed, is to beg questions about how else greed has shown up in our Covid-19 response: price gouging and fraudulent manufacturing of masks; companies making huge profits off free school meals while providing poverty rations in return; policies that have put reopening the economy ahead of human lives, or even just watching the super-rich further entrench inequality. The Prime Minister’s comments, however misjudged they may have been, threaten to sell all of us short. The best of the UK’s pandemic response has come from people driven by working together to do what’s right, not acting from self-interest alone. To let a narrative take hold which centres greed or recognises just one element of a country-wide effort, is dangerous when it comes to finding appropriate responses to future challenges.

The RSA’s Living Change Campaign highlights some of the best social innovations that have come from the crisis such as Hackney Emergency Food Hub, which is feeding vulnerable individuals shielding from Covid-19, or Norfolk County Council’s Further Afield Project, examining emerging futures for rural communities. We’re highlighting how designers, public servants, scientists, community organisers, social innovators, businesses, tech innovators, policy makers and thought leaders are coming together to make things happen.  We hope that a wide range of people thinking about how we bridge to the future sign-up - including, of course, Prime Ministers.