Climate change has highlighted the duty of current generations to those who come after us. Philipa Duthie explores some of the lessons we can learn from indigenous cultures and new moves to deliver intergenerational justice.

Australia recently witnessed a watershed moment in the campaign for intergenerational justice. Eight teenagers led a landmark class action seeking an injunction against the expansion of a coalmine in Gunnedah, New South Wales, Australia. They argued it would “endanger their future” by contributing to ecological breakdown and that Australia’s Federal Environment Minister had a duty of care to protect young people against future environmental risks. The teenagers are among a growing number of young people using litigation to force action on the climate crisis.

In September 2020, a group of six young people in Portugal filed a complaint against 33 nations with the European Court of Human Rights (ECHR), alleging that the countries’ failure to act swiftly to mitigate a climate emergency breached young people’s rights under Articles 2 and 8 of the ECHR: the right to life and the right to respect for private and family life. In October 2019, 15 young people similarly brought a suit against the Queen of England and Attorney General of Canada, claiming that the government’s inaction on climate change had violated the rights of present and future Canadian children under the public trust doctrine. 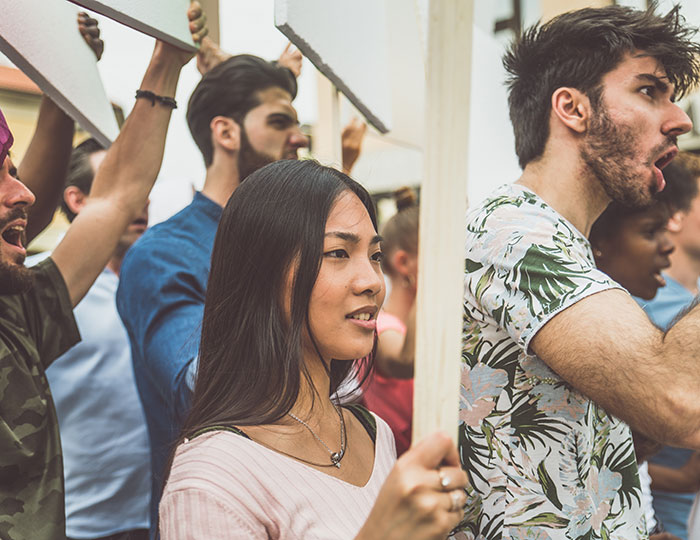 Inspired by youth climate activists such as Greta Thunberg and Makaśa Looking Horse, these young people are the vanguard of a global youth-led environmental justice movement. Their efforts have firmly established climate action as an issue of intergenerational ethics; part of the current generations’ duty toward future generations. This argument is built around the principle that the Earth is held in common by all generations past and present. Current generations are both beneficiaries of the Earth and at the same time trustees with an obligation to preserve its natural resources and ecology so that future generations can benefit from them.

Responsibility towards future generations is a universal value shared by nearly all human traditions. It is a concept deeply embedded in Indigenous worldviews, in which ecological stewardship is linked to other social, cultural and spiritual customs. Australia’s Aboriginal and Torres Strait Islander people term this practice “caring for Country”. ‘Country’ is a complex term in Aboriginal and Torres Strait Islander culture; it reflects the sacred and continuing connection between Australia’s First Peoples and the land of their ancestors. As Barkandji woman Zena Cumpston writes: “First Peoples have a relationship with Country that is loving, reciprocal and engaged. This “kincentric” relationship includes custodianship obligations – [Country is] something to be cared for, listened to, deeply respected and nurtured.”

Country also has spiritual significance, as reflected in the Dreaming narratives, which trace the journey of the Spirit Ancestors as they travelled across the land performing feats of creation and destruction. Because the Ancestors did not disappear at the end of the Dreaming, but remained in these sacred sites, the Dreaming is never-ending, providing an enduring link between past, present and future generations and the land of their forebears.

Similar concepts are found in other Indigenous cultures. For example, the New Zealand Māori concept of whakapapa, describes the living relationship Māori people have with their tupuna (ancestors) through descent lines, which stretch into the past for generations until the instant of creation and on into the future. Similarly, the ancient Iroquois’ Seventh Generation Principle stipulates that Haudenosaunee Chiefs must consider how present-day decisions will impact their descendants seven generations in the future.

Unlike Indigenous cultures, in which consideration for future generations is codified through practices and customs, western culture has been slow to attribute rights to future generations. In 1788, Thomas Jefferson questioned this reluctance: “[The] question of whether one generation of men has the right to bind another…[is] a question of such consequences as to…merit [a] place among the fundamental principles of every government…The earth belongs usufruct to the living. The dead have no rights and powers over it” (“usufruct” here means the right to benefit from something without harming its substance).

This question of intergenerational equity did not receive mainstream attention until 200 years later in the 1987 Brundtland Report, which famously introduced the concept of “sustainable development” or “development which meets the needs of current generations without compromising the ability of future generations to meet their own needs” (WCED, 1987).

Brundtland’s report clearly establishes the welfare of future generations as fundamental to a sustainable future. “We borrow environmental capital from future generations with no intention or prospect of repaying… [T]hey can never collect on our debt to them. We act as we do because we can get away with it: future generations do not vote; they have no political or financial power; they cannot challenge our decisions.”

Roman Krznaric in his book The Good Ancestor terms this insidious practice “colonising the future”. Much like the British settlers, who used the legal doctrine of “terra nullius” (“nobody’s land”) to justify their invasion of the land now known as Australia and subjugation of the Indigenous populations, our collective attitude toward the future is one of “tempus nullus” (nobody’s time). We treat the future like an “unclaimed territory devoid of inhabitants,” a place where we can freely offload environmental degradation and technological risk. And in so doing, as Krznaric says, we disenfranchise the “great silent majority of future generations”, who can “do nothing about this colonialist pillaging of their futures.”

So, how do we apply the lessons from colonialism’s dark history to the struggle for what Pope Francis calls “intergenerational solidarity”?

One way, Krznaric suggests, is through “deep democracy”, practices that aim to embed long-term thinking and intergenerational justice into democratic institutions. A number of countries have introduced a long-term perspective into policymaking by appointing what Krznaric terms “guardians of the future”; public office-holders who are tasked with representing the interests of future generations. Hungary’s Commissioner for Future Generations, appointed in 2008, is one such example. Tasked with wide-ranging powers of environmental protection, including the ability to call for termination of activity, the Hungarian Commissioner model provides one of the strongest representative mechanisms for future generations yet created. The Commissioner successfully investigated over 200 environmental protection cases, before their powers were reduced and the experiment came to an end in 2012.

The Hungarian model paved the way for the Welsh Commissioner for Future Generations, a guardian role focused on sustainable development and implemented through the Well-being and Future Generations (Wales) Act 2015. The Commissioner – a role currently held by Sophie Howe – is responsible for scrutinising public policy for its long-term impact has statutory powers to challenge unsustainable practice. Unlike the Hungarian model, however, the role has little direct power beyond the capacity to ‘name and shame’.

The UK Future Generations Bill currently before the UK parliament, has been strongly influenced by the Welsh model and has stronger enforcement mechanisms. The Bill looks to create a Future Generations’ Commissioner for the whole of the UK, but with the legal power to hold public bodies to account for failing to act in the interests of future citizens.

Other countries have embraced participatory approaches as a means of engaging citizens in thinking about the long-term needs of current and future citizens. As my colleague, RSA Researcher Riley Thorold, has noted previously, well-designed deliberative processes are insulated from the pressures of party and money, meaning that sound deliberation and long-term thinking can take centre stage. The United Kingdom, Ireland and France are among a growing number of countries to use citizens’ assemblies to seek public recommendations on a national climate response.

However, deliberative processes also raise the troubling question who gets to decide the future? My colleague, RSA Senior Global Manager, Adanna Shallowe, explores the issue of legitimate futures in more detail here. As unborn generations cannot be present in deliberative processes, how can they be truly inclusive?  The Future Design movement in Japan attempts to address this imbalance by inviting participants to split into two groups: one representing current citizens, the other role-playing citizens from 2060. In each of the scenarios presented, the group representing the interests of future generations has typically proposed solutions that have much more far-reaching consequences, even if it means an extra burden for current generations.

Foresight approaches and techniques can also facilitate and support long-term thinking and further a culture of intergenerational solidarity. The RSA’s recent report A Stitch in Time, offers practical recommendations for how we can embed long-term thinking into decision-making at all levels of society and cultivate deep inclusivity.

The urgency of the climate crisis demands that we consider the rights of future generations, as our action or inaction will determine the legacy that we bequeath them. If my country’s own fractured colonial history has taught me anything, it is that we cannot deny the past through forgetting. Nor can we avoid the future. In Aboriginal culture, reconciliation begins with a process of truth-telling, what the Yolngu Matha people term Makarrata. Without acknowledging the temporal myopia of our current actions, we cannot enact the change needed to ensure a just future for coming generations. This much we owe to our children and their great-grandchildren’s children.