There have been many calls for a public inquiry into the governmental failures during Covid. And it is now likely such an inquiry will begin work in 2022 after multiple parliamentary inquiries have concluded. Not only is the timing of the inquiry dilatory, it risks missing a big lesson from the pandemic. People have, in the main, risen to the challenge. And that could open out new possibilities for the future.

It would be easy to dismiss this as a bit of folksy pandering. Yet, there is an important lesson here and one that we need to hold onto as we confront multipolar macro-challenges. If people and their behaviours are to be trusted rather than feared, then how can we reach towards a different future?

Remember, early on in the pandemic we were told that lockdown was to be delayed because we couldn’t trust people to comply for more than a fortnight or so. Here we are, fifteen months later and we are still, by and large, compliant and pretty sensible overall. Communities came together in mutual aid and to offer collective support for NHS staff. We were told that masks were ineffective because people didn’t know how to use them correctly. 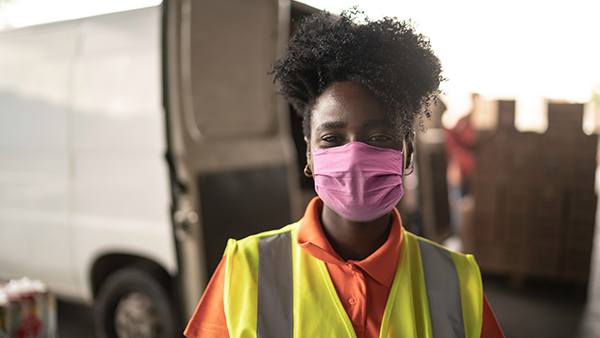 There were moves to introduce vaccine passports that would have been divisive and discriminatory. The reason we were told was because people should be given a coercive incentive to be vaccinated and if you limit their movements if unvaccinated that would provide such an incentive. It turns out we can’t wait to be vaccinated and such passports are a solution in search of a problem. And despite woefully inadequate financial support, including through miserly levels of statutory sick pay, more than half were still willing to self-isolate if symptomatic.

Consistently, those in positions of authority have assumed the worst about the willingness of the public to adhere to public health prerogatives. And just as consistently, people have been willing to act in solidarity and responsibility.

Much of the current discussion about the pandemic revolves around how quickly we can return to our previous lives. Tankers full of ink have been spilled on whether we will return en masse for five days a week to the office or how we can work in a hybrid fashion. This debate affects less than half of all workers and answers are to be found at an organisational rather than governmental level. Quite why the Government feels it has to decide where and how people work – beyond protecting health and safely – isn’t entirely clear. There are much bigger issues to be confronted.

And when we stop to think of people as, in general, likely to free-ride, unlikely to respond to complex or challenging information, set in their ways, motivated almost exclusively by self-interest, then new possibilities open out. These assumptions have guided much of national public policy for at least a generation, from welfare to health to education to economic policy. And now these assumptions are built into the next phase of the pandemic as it is clear there will be a strong drive – from Chief Executives of US investment banks to the Government itself -  to patch the old world back together. But, as Arundhati Roy explored very early on in the pandemic, we are through the portal. But where now?

We are missing an important dimension to the Covid story. Once the public inquiry begins in earnest the focus will be on failure and responsibility. That is important of course. But where is the space to consider possibility? As we have found, through community and solidarity, that we could trust each other, we could see significant changes in behaviour, even in short timeframes, then what else may we be able to achieve collectively?

The evidence is there, and the RSA’s own Crises and Change work in partnership and dialogue with many others, shows what might be possible. The scale of change necessary to avert climate calamity, to reverse structural injustice, and to reverse economic exclusion and insecurity are just three areas where the ability to cultivate fresh solidarities can light up a different future.

Perhaps there should be an inquiry of the possible alongside the formal public inquiry? This would encourage a wide array of societal voices to consider not simply what we have lost or what went wrong. It would ask us reflect on what went right and how the values underpinning our collective successes could help us rethink our lives, the institutions on which we depend, and the driving logic of systems such as economy, democracy and technology which penetrate deep into our lives.

The biggest danger we face is not failing to learn what went wrong – if we are honest we know that pretty much already – or even who is responsible. It is failing to learn from what went right and how that challenges prevailing norms of our collective capacities. An inquiry of the possible would help to put that negative bias right.