The road to recovery: radical economic transformation, the RSA way

As we come out of lockdown, how can we rebuild the nation’s economy and society? Asheem Singh and Mark Hall on how the RSA’s community banking initiative can inspire RSA Fellows to lead the recovery.

In his recent book Arts and Minds: How the Royal Society of Arts Changed A Nation, historian Anton Howes rummaged through the RSA's past to explore how the Society over the years has improved Britain.

"The Society…. served as a platform for Victorian utilitarian reformers, purchased and restored an entire village…. encouraged the planting of more than 60 million trees"

There are literally hundreds of pages of such that inspire and delight, covering everything from the commemorative blue plaques you see all over London to penny banks that enabled the poorest to save to a long-handled broom that meant children no longer were compelled to climb chimneys. It’s an amazing adventure, an epochal story of progress and improvement.

Undergirding all this: the RSA Fellowship. Thousands of changemakers from all walks of life connected by a value-set rooted in reason and love; by a democratic, pragmatic approach to integrating talent in service of change. Call it enlightenment values, call it a certain idea of humanity done practically.  This is what the RSA is for, and we are our Fellows or we are nothing.

Today, as Britain emerges lockdown and life starts to click back into gear, we must harness these values – and this knowhow – once more if we are to recover, if we are to rebuild, not just our nation’s society but our economy as well. Recovery and economic transformation, now and in the future, is our work and it is the subject of this short essay. 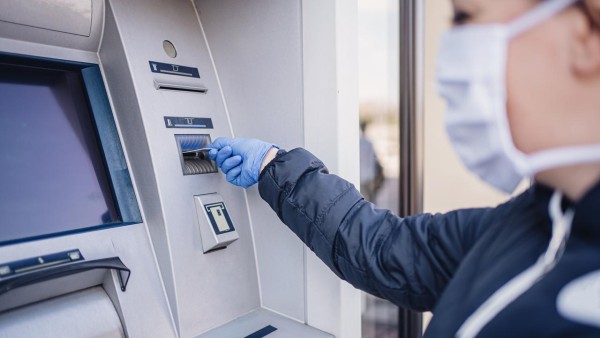 If there is a contemporary political narrative that encapsulates a certain idea of humanity done practically, it is the idea of ‘levelling up.’ According to some estimates, the UK is more regionally unequal than Germany after the fall of the Berlin wall. This is the base from which we operate; the single undergirding injustice that animates our work.

The government's narrative speaks to these concerns (as indeed does the PM’s self-positioning as a ‘Brexity Hezza.’). There are on the face of it some interesting policy nods to this agenda - eye-catching moves to switch the geographical placement of civil service activity and investment in towns and rural areas through targeted funds.

Look closer, however, and the detail yields devils. Freeports, a flagship government policy, promises inward investment but when tried elsewhere, as argued here by Asheem, too often augur a life of low-waged, values-free work for the most vulnerable. Connectivity to London remains the sacred cow, prioritised over improving broadband and bus connections in towns and hamlets elsewhere. Access to cash - a social justice issue that we are exploring in depth in an exciting new partnership with the UK’s largest ATM network Link – is jettisoned at the altar of the unstoppable hegemony of contactless payments.

The Bank of England’s Chief Economist Andy Haldane (who will be joining the RSA as CEO from September) got it right when he said "You don’t level up from the top down. Rather you level up from the bottom up." Economic democracy is not just a word, it’s an identity, a mode of working that speaks to the RSA’s approach through the centuries but also to what levelling up actually looks like in our time. We believe in it and we strive to embody it, such as through our work on the Citizens Economic Council, where we toured the country asking what people want from their economy.

An alternative vision of an economy based not on regional trickle-down but mutuality, civil society, trust, fairness, is good. But we also need networks and knowhow to make that vision come to life, to live these ideas so that they become reality. This is where we have found the RSA to be an incredible platform for our work of bringing economic transformation to life.

Perhaps the thing we are most proud of in our time at the RSA is our work helping build an entire new layer of regional, mutual community banks all over the UK.

We have worked with social entrepreneurs, local governments and communities towards one end: adding an entirely new layer to our financial services infrastructure that is community owned and led.

Ambitious? Sure. Many said it would not be possible. ‘Do community wealth building, sure, but the bank thing is not going to happen,’ was what one luminary said. ‘Don’t bother setting up a bank without at least a half a billion commitment upfront’ said another globally renowned impact investor. Our Fellows took an alternative view. We supported them to pick a practical path to success, supported by the authors (Asheem in his previous role as an RSA director), but also by RSA directors past including Tony Greenham and Oliver Reichardt.

Together we worked with Fellows starting with James Moore, who founded the Community Savings Banking Association to bring community banks to life. We did deep research on market and business need, consumer attitudes, and corporate behaviours that increasingly absent key services from marginalised communities, leaving whole market segments underserved. We brought the research into the political arena, lobbied on the dash from cash, and the new business and financial norms that must emerge from crisis.

We convened commercial expertise, activist groups, knowledge networks and research. All this is detailed in our story of this journey, co-written with Eleanor Toner, ‘The Road to Resilience’. We analysed international examples such as Germany’s Sparkassen and explored how they might be reimagined for the British context. We leveraged Mark’s expert knowledge of  RSA Fellowship Networks and Asheem’s expert knowledge of the social economy to go deep into communities, tapping a new generation of social entrepreneur would-be banker and financial reform facilitator in regions across the UK, all of whom shared our vision: of using radical financial services infrastructure to level up.

Today, new co-operative regional banks move closer to market. The Welsh government has put their weight behind Banc Cambria. South West Mutual and neighbouring Avon Mutual continue to hit key milestones on their journey towards launch. These institutions seek Financial Conduct Authority approval; prudential regulation for new community financial institutions is being waded through in painstaking details. In other regions – Scotland, Tyneside, Greater Manchester, the North West - plans are afoot for radical change. A fascinating example, we suggest, of what the RSA, at its best is - and what our economy could be.

The road to recovery

Put simply: RSA Fellows had a vision, which we helped delineate, stress-test, bring (to self-indulgently paraphrase Camus) from the realm of the impossible into the possible. The idea: real business reform in places where it’s needed. Investment in local communities long abandoned by corporate short sightedness. Banking civilised, back at the heart of communities, supporting local businesses and citizens. Services that support elderly and vulnerable folk long-forgotten. Banks as civil society, as funders, as friends, as social infrastructure. A bottom-up movement that might grow to turnover not just millions, but billions for social good. Levelling up, done right.

Regional community stakeholder banks are just one part of the picture, a window into how RSA Fellows can use their knowhow and networks to take their role in the transformation of our economic and social infrastructure. But this is just the start.

So what next? Here are some thoughts:

Recovery is the first priority. We need to get the country back trading and exchanging in a way that leans on the best of the future, rather than the problems and prejudices of the past. Commerce needs an adrenaline shot and then it needs the tools in a fast-changing world, not only to survive but thrive; a ‘Project V’ if you will.

RSA Fellows are already leading on this (and on other items in this short list). A newly convened RSA Fellows’ group, a kind of business and civil society lab, is looking to impact directly in innovative yet practical ways that shift the needle on recovery and beyond. The group is pulling together research and practical ideas to support business, democratise finance and increase widespread economic participation. Jan Floyd Douglass is convening this network, but RSA Fellows can also get in touch with Asheem (contact details at the end of the article).

Humanise tech. We need to help humanise technology, and its outsize impact on our economy. How to encourage regional economic development through technological transfer, such as through remote working? How to tackle surveillance capitalism and buttress worker rights?  How to showcase the best and most ethical of practices in a new kind of ‘Great Exhibition’ (the RSA organised the last one in 1851) that is not just about shiny machines but empathetic ones?

Get future business leaders on board. In Asheem’s first book, ‘The Moral Marketplace’ he wrote of ‘Mission Driven Millennials’ all over the world who are using innovative, multi-disciplinary approaches to changing our world. The RSA  has worked through the years with entrepreneurs of all stripes; given funding and support, through our Catalyst and Transform programmes, but we need to do more to convene and harness the dynamism of our Fellowship. Entrepreneurial programming has been a key early-stage vector of enquiry. How to build, work and engage the radical doers early doors?

Civilise our account of the economy.  Civil society and charity are the unsung heroes of our national development and growth story. Cameron had his Big Society; Corbyn had his call to double the size of the mutual movement. The 2020s will need a new message; RSA Fellows must be given the tools to step up and craft, not the only the message but the metrics and the means to implement a new civil society growth story. From frameworks to implementation, how do we meet the challenge of a new idea of practical humanitarianism? In places like Preston, the work of Matthew Brown and community wealth builders show the way forward. The RSA can be their ally, their friend, their co-signatory and supporter to a radical vision of a certain humanity, done practically.

Our friend Anton Howes once suggested community banking is the closest project of this generation of the RSA that recalls the epochal change movements that have littered its past: ‘Rather than just calling for banks like those to be set up, they actually helped set (them) up.’  We agree and we want to do more work in this vector that is Fellow-driven, Fellow-created, Fellow-specified and Fellow-led; that harnesses the talent and power of Fellowship to make real change happen. We don’t just wish to articulate or call for things. We want to squeeze the pips of the summative wisdom of Fellowship to bring change into being. The idea underpinning it all might be a certain humanity done practically, but for us as we move into this new era of economic challenges and economic translation, the mantra is even simpler: drive our Fellows to transform the economy, revive our nation, change the world. That’s what the Society always was for. And that is how it will continue to remain of supreme relevance as we traverse the road to recovery.

RSA Fellows can get in touch with Asheem at [email protected]

Asheem Singh is Special Adviser to the RSA on the Economy and was previously Director of Economy, Enterprise and Manufacturing Programme; Mark Hall is Deputy Head of Engagement and leads RSA projects on community financial services, self-employment and lifelong learning. They co-authored ‘The Road to Resilience’ which tells the story of their work building community banks with RSA Fellows. Download ‘The Road to Resilience’.