The pandemic through the stories of key workers

Key work is needed to meet our basic needs for survival in society. From food to health, to energy, money, and justice; basic needs cannot be fulfilled without key workers.

During the Covid-19 pandemic, key workers have arguably been the people to give the most of themselves. Many key workers have had to forgo much of their economic security, facing impacts on their financial and working lives, mental and physical health, and home lives.

Through our research and interviews, detailed in our latest report, we found a number of common trends affecting key workers during the pandemic. These are just some of their stories.

By March 2021, 65 percent of all key workers had found maintain their mental health more difficult. For NHS staff and care workers “stress and workload” was most commonly cited as a driver of poor mental health.

The impact of the pandemic on hospitals, community nursing, residential care, and beyond was highly visible throughout the pandemic and came up repeatedly in our conversations with key workers. 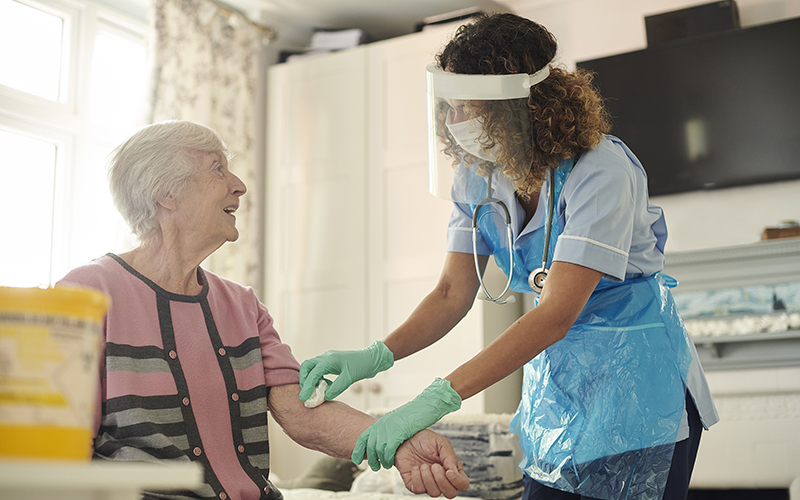 Since the January 2020 lockdown, Julie says that her workload has ramped up massively. While before Christmas she had the support of other nurses in different areas – such as sexual health nurses or school nurses – they had gone back to their normal roles by the time the new year began.

Julie said: “It’s the way of working for us right now. Busy, busy, busy”. She said that the difference between this lockdown and the first, in terms of the impact on workload, is that there had been an unusual amount of retirements over the past year. Usually, the district nursing teams are very stable but, because of the stresses of the pandemic and structural changes, lots of people had retired a little early. In addition, it had not been possible to train junior staff in the same way and so they were not getting as much experience or learning as quickly as they should.

The impact on Julie has been increased stress. “As a district nursing sister, I should just be seeing the more complicated patients, but everyone’s having to just muck in at the moment. I’m stretched and under pressure so do not get the same time with patients.”

Equally this latest lockdown has been met with challenges because some of her colleagues have had to isolate. As Julie said: “A nurse’s child might be coughing which means they need to isolate. This puts more pressure on the rest of us.”

However, Julie reports that her workload has been steadily increasing since she started working in the community in 2012. Julie sees little respite when she looks ahead. “There will be a knock-on effect of those we haven’t seen or who haven’t come forward... It’s been getting worse for me personally. I’m more and more tired, I’m more and more stressed, I’m more and more exhausted... But we’re going to have to just get on with it.”

For school, nursery and supermarket staff, the fear of catching the virus drove mental health concerns 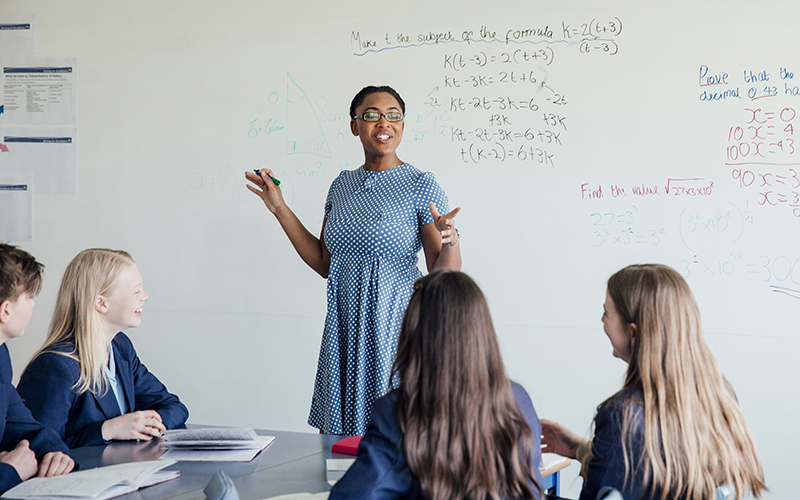 Around Christmas I said to my family that I would not see them for a while because I was ‘probably going to get Covid.’

Sara has been a teacher for five years and said this is by some distance the hardest period she has ever faced. Even in the first lockdown, she speaks of working flat out with constant live lessons, lots of marking and feedback for students, and calls with children and parents.

But she felt that for teachers it was often the fear of the virus more than anything that was a worry. Sara said, while she felt okay for her own physical health, she did avoid seeing family even when she was allowed, just in case. For other teachers, it was much harder.

“I think the main mental health concern for other teachers at the school was the pandemic and the virus. They’d worry about going in and worry about who they’d give it to.”

The care workers we interviewed described feeling that they lacked the agency to pursue good work. They explained they have had little choice but to work excessive hours, sometimes to the detriment of their own health, because of income uncertainty. This uncertainty was due to a combination of insecure contracts with no guaranteed hours (zero hours); what is felt to be precarious funding for social care; and sometimes their own existing financial insecurity. 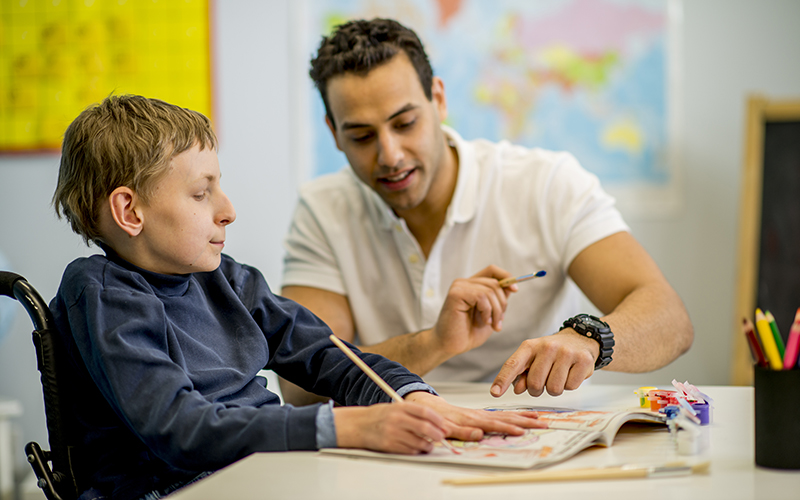 Sometimes I would maybe see my family for half an hour a day, I had to take all the hours I could get because I never knew what was coming around the corner… [within the care sector] it’s all about funding and you’re never quite sure what’s coming up, so you have to take all the hours you can now.

Will is married and has two children. Will has worked in care work most of his adult life and now cares for children with complex needs, such as physical disabilities or severe learning difficulties.

While he loves his work, Will acknowledges that a career in care work has its challenges, including uncertainties that can hold his life back. Last year, after trying for four to five years, Will was able to secure a mortgage to buy a house. Prior to this, they had been consistently turned down, in part because Will was on a zero-hours contract in his old job. His contract meant his income could regularly fluctuate between £1,000 - £1,600 per month.

Will often worked over 50-hour weeks because of the fear of having less work in the future and feeling he could ill-afford to say no to any shifts. Sometimes he was getting up before 6.30am and getting home after 10pm, six or seven days a week.

Last year, Will was put on a permanent contract of 37 hours per week. This was a huge amount of certainty and relief for Will and finally meant being able to get on the property ladder, with the greater sense of security this brought him.

Will describes himself as “one of the lucky ones” because he thinks he was possibly the only member of the 46-strong care team not on a zero-hours contract. His permanent contract has been a particular relief, given so many care services were being cancelled early in the pandemic.

Key workers found childcare much more difficult in the pandemic, despite having access to childcare for the whole year 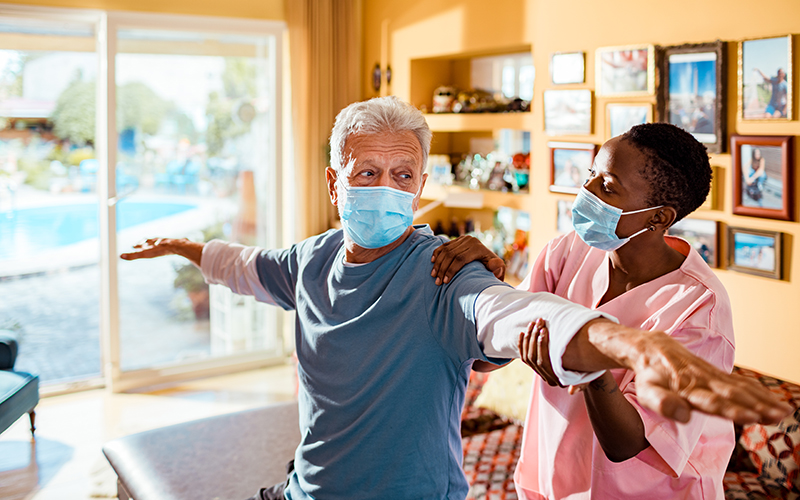 In the first wave there were some childminders but everyone was scared of the virus so there were fewer around, and they wanted more money. When they found out I worked with elderly people, then even fewer became available: they all thought I would have the virus and give it to them.

Memuna is 37, originally from West Africa, and works in a residential care home in London. She is a single mother to a 10-year-old son and has little to no reliable informal support network.

Since moving to the UK 11 years ago, Memuna has worked mostly in social care. She left her old job shortly before the pandemic because of the 7am start, which meant she had to get a childminder before school for her son. She said: “I pay the childminder £10 per hour, but I earn £9 per hour so it wasn’t worth it.”

Early in the pandemic, she was finding it difficult to find adequate childcare; she told us that some childminders were working but they were worried about Covid-19 and so fewer were available. She also said that they were less likely to offer her help because she was a care worker, as they feared she would be more likely to have the virus and pass it to them.

Recently, Memuna’s son was ill and had to miss school for a few days while they waited for test results. Because it was her son that was ill, Memuna believed she was not entitled to any sick pay; whether a worker in England is paid for family emergencies is at the discretion of the employer and Memuna was not entirely sure what her contract said (she had heard from her co-workers that you do not get paid if your child is ill). Because she has no reliable support network, she had to miss work, and because of a lack of clear regulatory protection, she had no income.

Memuna also talked about the fact that if she works more, she gets less in Universal Credit. So, despite actively wanting to work, the gains from working more are minimal, especially when she factors in childcare costs:

Those who are already the least secure and least resilient, financially or otherwise, can be the most likely to have further setbacks. The rise of in-work poverty in the UK of the last 20-25 years has been most felt by the groups described above. While most key workers are well paid enough to not fall into this trap, there are still large pockets of economic insecurity for some key worker occupations, particularly within care work, supermarkets, and early years settings. 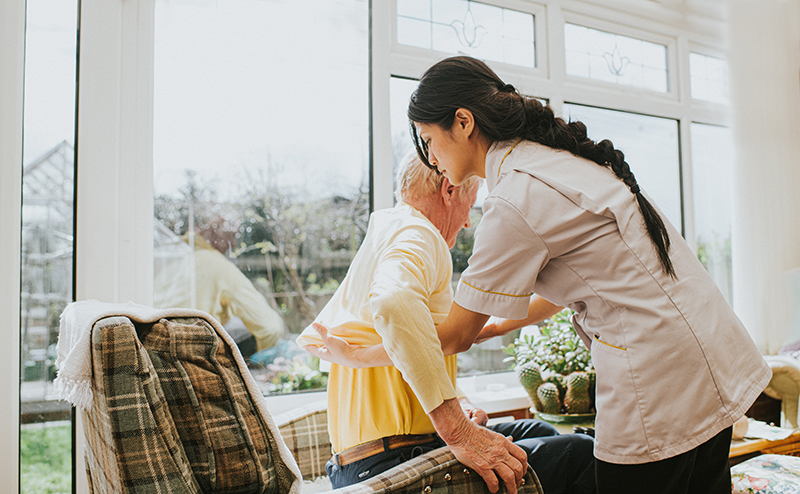 This year has been very hard financially. I’m a single mum with two kids and trying to manage my debt and being at home more has meant general household costs have increased.

We believe that tackling economic insecurity in key workers should be an urgent public policy priority. Doing so would benefit key workers, the economy, and wider society.

Our latest report puts forward a comprehensive six-point plan which would enable the government to make sure the workers who have saved both lives and livelihoods during the pandemic are properly supported to enjoy secure, healthy, fulfilling lives at work and at home. Read our full report.

Key workers in the pandemic