Key workers in London are in crisis; job vacancies are high and growing.

Over Christmas 2021, the Greater London Authority (GLA) announced that all key workers, including private-sector care and supermarket employees, for example, are eligible to be prioritised for affordable housing. Ultimately it remains with boroughs to make the call for their local economy, which matches an RSA call. This was the right move and is one step toward better support for London’s key workers. 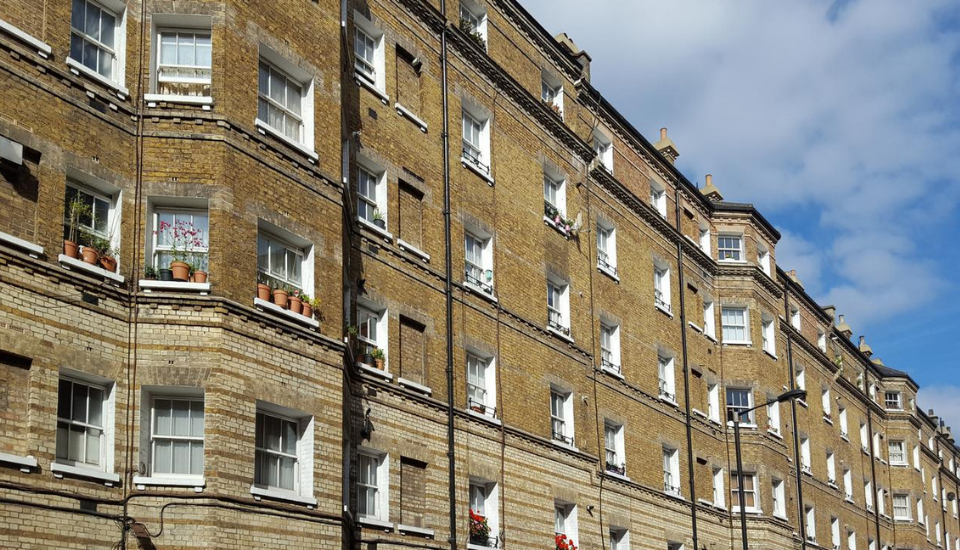 In March 2020, at the onset of the Covid-19 pandemic, Memuna, a 37-year-old nursing home care assistant, and her 11-year-old son were made homeless. Unable to afford private rent, Memuna moved in with a relative. Soon after, however, Memuna was told she would have to leave by her relative because of the risk of contracting coronavirus at work and passing it on at home. With little other choice, Memuna contacted her council, who housed her and her son in emergency housing on the other side of London, away from her work and away from her child’s school. She was given a flat without a bed, cooker, or fridge. It was only through the support of charities that she was able to furnish her flat, support herself and her son, and live in that home for six months before being offered social housing nearer to home.

When I spoke to Memuna in early 2021, her life was much more stable but she still struggled financially: paying childminders for evenings when she worked were expensive (and she lacked any informal support); though her social rent was generally affordable, it was still more than she had paid her relative; and she had been forced off work for a week as her son had a coronavirus scare and couldn’t go to school, which was not covered by her workplace sick pay.

Memuna’s story is a terrible example of how the pandemic hit the already insecure. It is also partly a story of how unaffordable housing pushes people into insecure situations: Memuna moved in with her relative because her previous private home was unaffordable but was only eligible for social housing after being made homeless. Fortunately, most do not experience stories like this. Yet the sheer unaffordable nature of living in London is a problem for Memuna and many low-income workers across the capital. What makes Memuna’s story different to most is she is a key worker.

Memuna was applauded every Thursday night while lacking basic furniture.

Memuna is one of approximately 250,000 people in the capital working in care occupations. Unfortunately, many are increasingly leaving their jobs or leaving the city. Vacancy rates in London for adult social carers was the highest for any region in England in December 2021, having been second-highest pre-Covid and having had the second-largest increase of any region in that time. 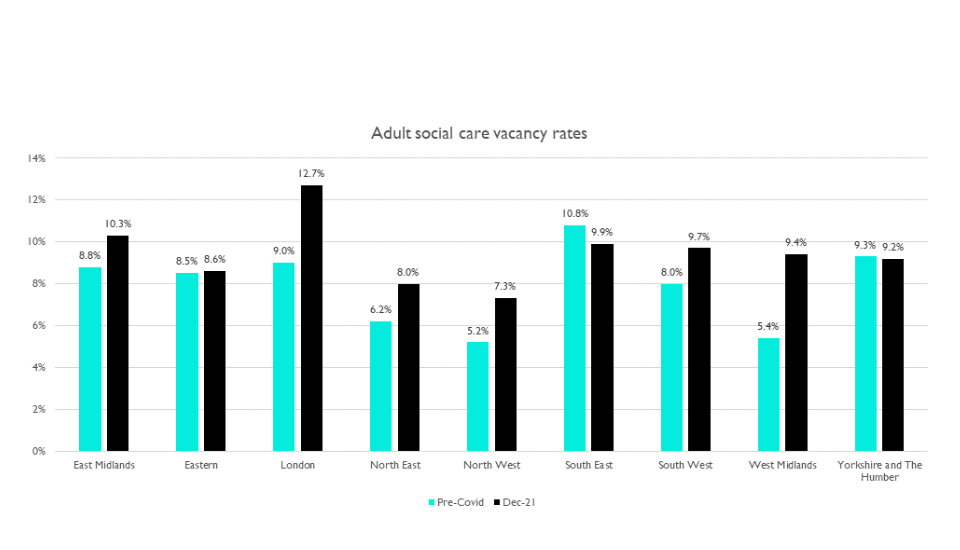 This sits within a national picture of rising vacancies across the whole health and social care sector. The latest data from the Office for National Statistics (ONS) shows that vacancy rates are the highest since at least 2001 and have been rising sharply since mid-2020. 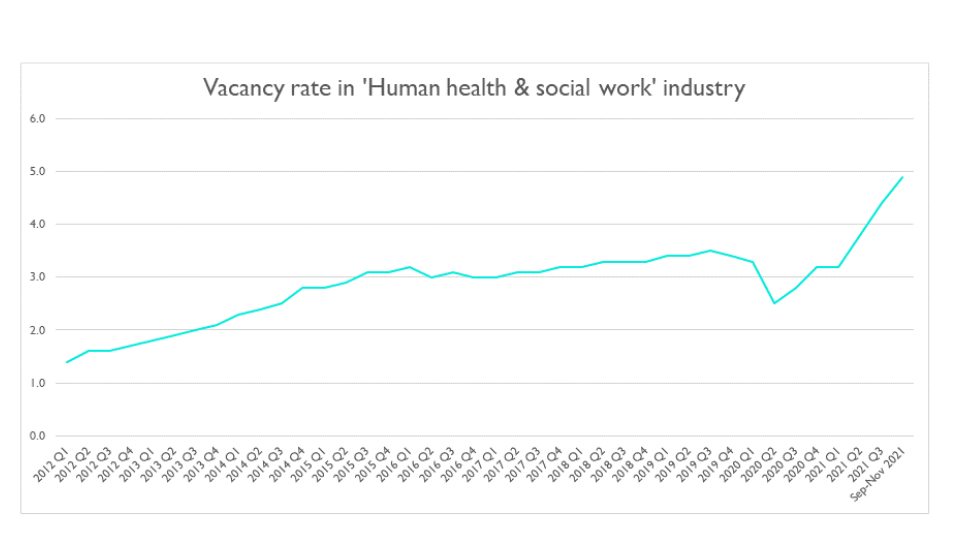 Source: ONS (This graph only shows data since 2012)

Of course, there are many issues beyond housing for key workers. Our research on the experience of key workers throughout the first two waves repeatedly showed that mental health, stress, and work-life balance were significant problems and were becoming more prevalent as time went on. In particular, for NHS staff and care workers. Given the high number of absences seen across public services because, in the Omicron wave, stress and workload have likely only become worse.

We also saw that renters nationally felt least secure about their future and that key workers in London were the most likely to say their housing costs had increased in the pandemic and were overall the most unhappy with the quality of their housing and its cost. Housing, then, while not the only issue, is a problem for many key workers, particularly in the capital.

In our London keyworker research, we called for the Mayor of London to include private sector key workers, including care workers and supermarket workers, to be added to the GLA’s ‘core list’ of key workers who could receive priority access to housing at ‘intermediate’ rates, alongside the more traditional key workers such as nurses, teachers, or the police. Intermediate housing is a rate above social rent but below market rates and is for low-to-middle earners. In London, intermediate rent is called the London Living Rent, but intermediate housing can also be achieved through shared ownership properties.

We believe private sector key workers, such as care or supermarket workers, should be considered a priority for intermediate housing for three reasons:

Over Christmas 2021, Sadiq Kahn and the GLA met this call by adopting the full ONS definition of key workers. This policy gives the final decision to local boroughs. It represents an extra lever they can use to attract critical workers if they feel it would benefit their local economies. We believe this borough-led approach is the right one.

For people such as Memuna, earlier intervention is needed. The limited supply of social homes means it is only the most extremely insecure who are prioritised. In an RSA paper on economic security and social housing published in February 2022, we call for one-third of the national housebuilding target to be social homes.

The affordability of housing is one of the main reasons why people choose to move and live in an area. By allowing more key workers to access affordable rent, the Mayor is supporting them and the public services of all Londoners. We hope the UK Government follows suit.

What other policies could support key workers in the cost of living crisis? What other workers should benefit from more affordable housing? Let us know your thoughts in the comments section below.

Jake Jooshandeh is a researcher with the RSA’s Future of Work Programme, he tweets @JakeJoosh