The refugee crisis manifest in riots on the Macedonian border, the daily skirmishes in Calais, mass drowning in the Mediterranean and the popular backlash against migrants in almost every country.

Yet, as has been said by many experts, this is not so much a one-off crisis as an unfolding consequence of a modern world in which massive disparities in the life (and death) prospects facing people in different nations co-exist with the scope for global movements of people and the opportunism of criminal networks.

So, while fully admitting to my lack of expertise or authority, I want in this post to hypothesise what a solution might look like and how we might start to mobilise behind such a solution. 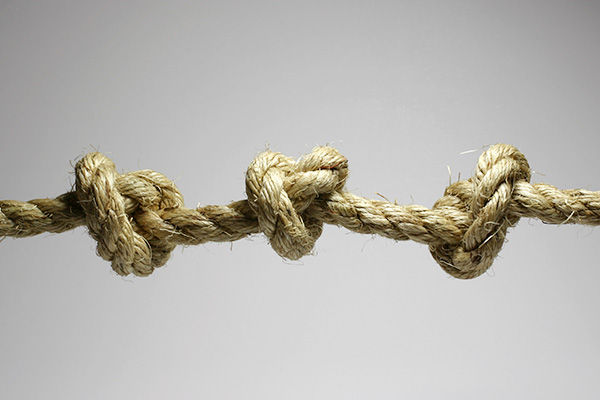 We need to start by seeing migration at heart as an issue of social justice (regardless of the blame for its causes). Addressing injustice effectively in a democratic system requires three things to be in place. There must be an empathic connection, leading those who are relatively advantaged to be willing to make sacrifices for those who are suffering disadvantage (if this sense of duty is reinforced by perceived self-interest, all well and good). Also, there must be broadly agreed criteria for fairness. This will tend to involve some idea of distributive justice (reducing inequality) and procedural justice (everyone abiding by rules and due consequences flowing from a failure to do so). Finally, the system for securing greater justice needs to be seen to work, both reducing injustice here and now and addressing its underlying causes.

If we look at our own national welfare system, its perceived performance on these criteria has been poor. The system is seen as being onerous for tax payers, unfair in its impact and ineffective in tackling the causes of disadvantage.

The process by which the post-war welfare consensus has been dismantled is significant. Back in the 1970s the starting point for welfare critics was not an attack on the poor but on the effectiveness of the system, which was spiralling in cost while apparently failing to address causes or even help those most in need. The critique - which has now virtually become a consensus - was that in attempting to address distributive justice the system has infringed procedural justice (playing by the rules) by giving 'generous' pay-outs to people who chose not to work or were on the fiddle. It was only after these critiques of welfare had become well established that we have more recently seen a wider attack on the character of the poor, who are now routinely portrayed as feckless and inadequate.

Thus a convenient rationale for the advantaged to give up on empathy and solidarity for the poor is offered by 'evidence' that the system is failing. Champions of money-saving reforms such as the Universal Credit argue that by being more efficient and by rewarding good behaviour (and punishing bad) the new system will re-moralise the welfare state so that it once again meets our empathic desire to help those who cannot help themselves.

Similarly, the empathic imperative of migration is wound up with the strategic and operational challenge of developing and implementing some kind of workable solution. As long as there is no viable international way forward it feels, to even reasonable people, that there is little more we can do than combine basic humanitarian help with a firm defence of our own national interests.

In the past we have tended to see the fundamental problem of justice for refugees as being empathic; a lack of sympathy and solidarity with people from other countries and cultures. There is also a sense that any attempt at a comprehensive and just system is politically impractical in that it implies that for as long as there are terrible places in the world then rich countries must agree to accommodate the huddled masses understandably seeking a better life. But perhaps the present crisis may be changing the nature of the conversation.

On the one hand, my sense is that a variety of factors including conscientious media reporting have increased our empathy towards refugees; people who are willing to risk everything to escape war, oppression and poverty. On the other hand, however hard it might be to put in place a fair international system, it is increasingly obvious that attempts to manage the crisis primarily through a combination of national self-interest, humanitarian crisis management and policing are simply doomed to fail.

Does this leave the way open for a long term solution? It may be almost inconceivable that we will end up with something fair, effective and resilient but we surely need some idea of what such a system could look like if we are to move beyond hand wringing and shoulder shrugging.

We might start with cementing greater emotional connection. Responsible politicians should be clear that showing empathy to refugees - accepting that they are for the most part brave people struggling to do for themselves and their families what any of us would in their circumstances - does not imply a lack of rigour in seeking solutions but it does differentiate the problem solvers from the nationalist rabble rousers.

Secondly, in terms of distributional justice, we need to reassert the universal principles of asylum, accepting that as long as people are facing immediate and high risk of danger and death in their country it is the responsibility of the rest of the world to offer them safe haven until their countries have become places in which it is reasonable to ask anyone to live.

Then, in terms of procedural justice we need to address fairness between people and countries. This involves inter alia applying agreed international criteria for those seeking refugee status, having systems that return migrants seeking to circumvent systems to the back of the asylum application queue and enforcing processes for returning failed asylum seekers and illegal migrants. Alongside applying fair national quotas for refugee acceptance between countries and providing additional aid and support for those countries and regions - like Greece, Turkey and Italy - that happen as an accident of geography to be the first targets of those fleeing poverty, oppression and war.

In relation to these front line states the European Union has commendably put in place exactly such a fund. But it is clear that the kinds of sophisticated and flexible agreements and systems required to achieve long term workability and fairness cannot come from horse trading between national governments, many of which are under pressure from hostile domestic media and anti-immigrant movements. Instead the situation requires that nations agree to make their case to an independent body - perhaps established by the European Commission but independent of it - the recommendations of which each nation agrees in advance to accept. The aim of securing prior agreement to the recommendations would be to reduce the currently insurmountable multilateral collective action problem. The calculation of what countries can and should do needs to be nuanced, looking not just at population figures but at existing migration policy, culture and economic factors, social and civic capacity.

Finally, in terms of a system that works for the long term: Here we need to bring together the refugee crisis with the broader challenge of conflict resolution and development. People seeking refuge could perhaps be offered a five year settlement period (for which to be eligible they would have to accept stringent rules on entitlements and responsibilities) while the international community would explicitly work to such a timescale to bring peace and relative economic stability to the person's country of origin. A European resettlement and transport fund would then strongly incentivise migrants to return. The five years would be extended if the international community had failed to enable progress in the countries of origin.

Indeed, in the current bleak lose-lose environment this offers a win-win outcome. Returning refugees would show the system to be effective and fair and the returnees would bring needed skills, ambitions and resources to countries embarking on the long slow road to national recovery. Furthermore, national publics seeking to reduce the burden of migration would be incentivised to press their leaders to address crises in developing countries in order that resettlement could take place.

I am sure that this package has many weaknesses and risks and that every element I have proposed already exists as a policy or an idea more fully worked through somewhere else. My point is not to pretend I am an expert but to assert that in demanding humanitarian action we should reject the fatalism that argues that anything we do is either superficial or self-defeating.

Which leads to a final proposal: it is clear that there is neither a national willingness nor an international capacity to develop and win support for a comprehensive long term plan for the refugee crisis. Yet without a viable solution we have an excuse to turn our backs on the problem grasping for any evidence that somehow the people themselves are responsible for their plight.

So how about a philanthropist or foundation investing now in an intensive independent inquiry? To be led by a figure with impeccable credentials which would over a maximum three to six month period be charged with coming up with a detailed proposal. As part of the same process consortia of progressively minded religious and civic bodies in each European country would be commissioned to lead national and local debates about migration thereby creating a receptive climate into which the inquiry report could land. I'm sure the RSA - which undertook its own impressive commission into migration several years ago - would be keen to play a key role hosting new debates about migration. The inquiry and the engagement process is a big ask and would costs tens of millions of pounds but it is difficult to see an issue where the urgent need to make a difference is greater.