Recently the RSA has hosted two seminars with the Centre for Public Impact (CPI) that focused on new approaches for impactful policymaking. In the face of high policy failure rates, we wanted to consider how policymakers could be more cognisant of and adaptive to the range of factors that influence whether a policy will succeed. 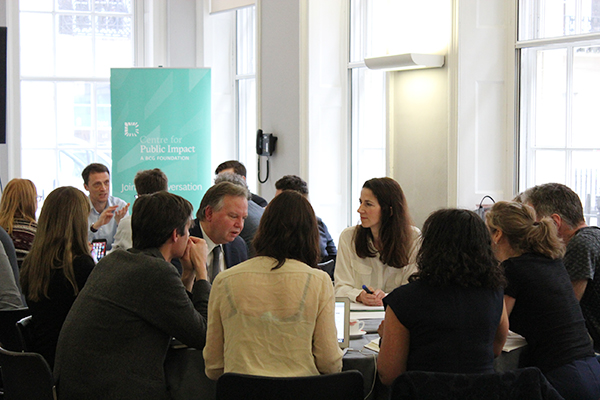 Harnessing insights gained from over two hundred public policy case studies, CPI has boiled down the ingredients of impactful policies to three things: Policy, Action and Legitimacy. Of course, policymakers have to design good policy, but equally they need to consider the how and who of implementation and whether there is even support in wider society for the policy’s goals.

At present these considerations tend to be made by different people at different points in the lifecycle of a policy. Our policy making process often produces a mash of badly joined up thinking and strategy, contradictory incentives and, all too often, failure.

What would a policymaking system that considered these factors in a coherent and holistic fashion look like? For the RSA, part of the answer is that government needs to become better at ‘seeing like a system and acting like an entrepreneur’.

Rather than identifying a policy problem and launching straight into solving it, politicians and policymakers should develop a robust account of the wider system in which a problem sits – are there other underlying issues to tackle first? Instead of viewing a problem in isolation policy makers need to develop an account of why a particular social equilibrium exists and be able to provide a credible vision of a different, more benign, equilibrium.

With this vantage point, policymakers could then act in more tactical – entrepreneurial – ways; for example, making a series of initial smaller interventions to prepare the ground for a larger change later on. Or perhaps recognising that policy levers cannot be pulled until the public has been convinced of the need for action. 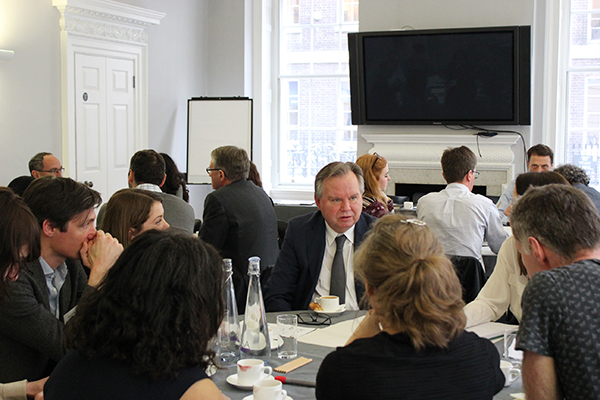 However, as tends to happen when you bring thoughtful people together, our seminars posed new challenges. Using their extensive experience as policy makers in central and local government, Jill Rutter, Gavin Kelly and Barry Quirk described just how difficult it is to introduce more systematic and agile methods to the centre.

Reeling off a list of factors that make policymaking so messy, Gavin Kelly reminded us that the tumult of politics is often the real barrier to better policymaking. He spoke about chronic systems inertia, the challenge of engaging citizens meaningfully and the recurrence of counterproductive ‘policy vandalism’ where good policies are ditched simply because they emerged from a different administration. In reality politics is often the poison to good policymaking.

In concurrence, Jill Rutter pointed out that policy often goes wrong well before the point of applying the kind of systemic thinking advocated by RSA and CPI. Often unclear in their aims or responding to pressure from the media or their political party, politicians have a tendency to rush out policy directives without proper thought or even identifying a genuine problem that needs to be solved. Jill’s points go to the heart of the complex, conflict-driven relationship between politics and policy. At its worst, politicians give rushed, ill thought through directives to their civil servants who then are forced to make the best of what they probably know is destined for failure. 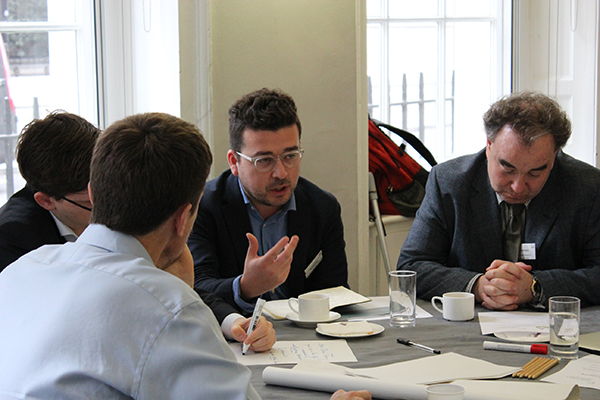 We need to consider how to reset this relationship. This as we have argued before requires reforming politics and policymaking in concert, not as separate entities.

Imagine a system whereby ministers, barring a few key areas, were appointed not as implicitly rival departmental heads but rather as leaders  of ‘change teams’ consisting of individuals with varied skills in, and even outside, of government. Rather than being held to ill-fitting manifesto pledges or the responding to media or political pressure, these change teams could address a challenge as they saw fit from inception to delivery.

Could Whitehall ever really operate in this way? A number of attendees at our roundtables were sceptical, citing the Westminster system’s deep resistance to change. In line with the RSA’s commitment to greater devolution local government is the more suitable place to devote energy to prototyping new ways of politics and policymaking.

Yet we can’t give up on the centre. The combination of continuing policy failure, public discontent and the emergence of good practice at the margins could provide sufficient impetus for radical change. It’s hard to see risks being taken while ministers labour under the shadow of Brexit but perhaps we should be starting now to imagine what policy making could be like once that punishing process is complete.