It is now getting on for three months since the Employment Review was launched by the Prime Minister here at the RSA. People often ask what I expect to happen now. Here is an update. 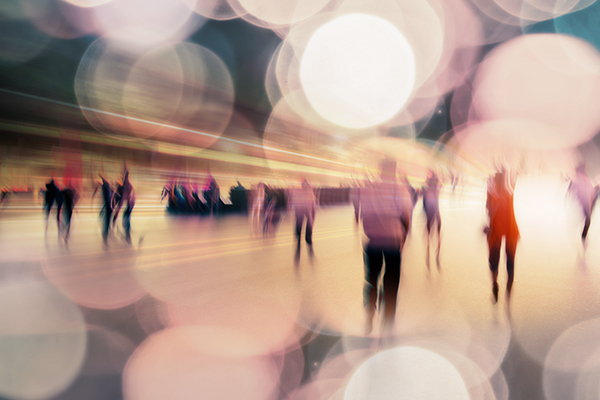 What has already changed?

The big change has been the very welcome Supreme Court ruling that Employment Tribunal fees are unlawful (although questions remain about how the system will cope with the growing backlog of cases now being pursued). The Review recognised the problems with access to justice and called on the Government to review fees. We stopped short of calling for their removal partly because the Court ruling was due and also because, as far as possible, we avoided recommendations that would require additional Government spending. The ruling means that one of our recommendations – about a free pre-hearing assessment of employment status – while still valid, is not so vital. But there is a bigger issue.

In the Review team there was a debate between two positions on employment status.  We decided that new primary legislation is needed to clarify employment status and, in particular the distinction between self-employment and worker. The alternative view was that, on the one hand, this would be incredibly difficult to do without creating greater problems than the ones we were trying to solve and, on the other hand, that the law is perfectly adequate if only it were properly enforced.

The combination of the Supreme Court ruling, and the tendency of the courts to back workers and trade unions in their case for employment status for those who have been erroneously classified as self-employed, has unquestionably strengthened the view that it is not new law but better enforcement that is necessary.

The argument is finely balanced and the debate will continue. However, beyond the general sense that important principles should be laid down by elected representatives rather than through case law, there are still two strong arguments for changing the legal definition. First, it is important to clarify the position on substitution. In the Review’s opinion the opportunity (often, in reality, notional) to have someone else perform your duties should not be a clinching factor in proving someone to be self-employed. This is a very live issue in certain a parts of the economy, particularly distribution, where many companies who treat their drivers as employees or workers (giving them rights and paying employer NI) are finding it hard to compete with other companies who use substitution as the legal cover for denying worker status.

By raising the profile of employment related issues and the goal of good work for all the Review has inspired new thinking. People have suggested ideas which I would have wanted to explore more deeply had I heard about them during the Review. I have asked officials in BEIS to consider some of these as they oversee the Government response. Here are some examples:

Promoting HR advice services: Generally, by their nature, SMEs don’t have HR departments and nor do the majority of SMEs with employees avail themselves of professional HR advice services. Yet such services can help employers understand the law and deal with problems before they get out of hand. This is good for employee relations and for productivity. Through gov.uk, ACAS and other stakeholders the Government could advertise a single on-line portal or phone number through which firms could access a list of approved HR advice providers. This would also enable quality control as approved providers would need to show they provided impartial and accurate advice not ways to circumvent the law.

Enforcement deep dives: The Government’s approach to enforcement is largely reactive. Ministers want to be able to say honestly that in areas like non-payment of the Living Wage they respond to every complaint. The problem is that still many individuals and even some employers don’t understand the rules. A deep dive would involve the key enforcement and advice agencies all arriving in a place at a pre-set time and being available for people to raise issues and cases. The day would be advertised in advance and local employers’ organisations, trade unions, advice agencies and media could promote engagement. A process like this might also provide an insights into the scale of the problem of awareness and enforcement

Common performance management frameworks: As part of our emphasis on transferable skills, it has been suggested that we could encourage employers to develop more consistent frameworks for performance management and appraisal. This already happens in some areas, for example, in schools, where teacher appraisal data travels with teachers when they move. But the broader ambition is for people to be able to demonstrate transferable work-based skills, competencies and achievements in ways that open up wider and more varied progression routes.

Keep the ideas flowing and I will keep forwarding the best of them.

I have lost a couple of friend over the Review. The unions and left in general were fast out of the blocks in saying it didn’t go far enough (although they used more colourful language). Indeed the day before we launched I was told by a friendly insider that the union line had already been agreed. Not only was I expecting the response, but behind the scenes union engagement has proved to be more nuanced.

Of course, no one agrees with everything in the Review, but our method – which is to combine the big system-level ideal of good work for all with a pragmatic, incremental approach to change (‘more nudge than shove’) - seems to chime with many who have expertise and experience in this area. Despite the many clouds looming over our economy, we do have a strong record on employment and on genuine, two-way, flexibility and most people recognise the need for an approach which seeks to preserve those strengths while doing better on work quality, particularly for those at the bottom end of the labour market.

More positive still has been to see new strands of research and engagement emerging from the Review. For example, I am co-chairing a Carnegie Trust UK inquiry into good work metrics. Also judging by the invitations I have received, the idea of good work seems to have struck a chord beyond Britain.

It has been good also to engage with specialist audiences and in doing so get insight into their work. For example, I am speaking in November at the annual conference of the IOSH, the Institution of Occupational Safety and Health and this had led me to their important report on health and safety for distributed workers. Earlier this week I participated in a round table organised by the platform GoDaddy which explored the fascinating and increasingly widespread phenomenon of the side hustle. These new models of earning and entrepreneurship open up great new opportunities but will also present a major challenge to existing public policy.

But what of the Government response? Truth is, it’s too early to know. There are certainly meetings and further consultations going on, but nothing concrete yet. Ministers have promised a response by the end of the year and until then I will be pushing gently from the side-lines. It is possible that the political fragility of the Government, including the pressures of Brexit, will mean the Review gets side-lined. Conversely, as I said at the Review launch, isn’t now just the time when the public would welcome political cooperation around something hopeful – like good work for all?

There are many elements of the Review that can be progressed without legislation. Also, whilst a full redefining of work status may be a longer term task, there are important proposals that could, I believe, be codified in law relatively simply. My challenge to the Government is to back up the Prime Minister’s commitment to an inclusive economy and act on the Review, while my call to the Opposition parties is to support legislative steps toward better work even while promising to go further than the Review if and when they achieve power. In terms of securing Parliamentary passage for a good work bill, the Government can perhaps take heart from the support given to the Review by LibDem conference.

Looking back, should we have done anything differently? Yes, two things. First, the decision not to publish all the recommendations together was a mistake. We did it in the hope that people would read the whole report rather than just list the actions, but not listing them meant important ideas like slashing the threshold for independent representation, information and consultation, or expanding the role of the Low Pay Commission, were largely ignored in favour of the proposals deemed more newsworthy. Second, we weren’t sufficiently clear that the idea of ‘dependent contactor’ was not a whole new employment status but a category within the worker status with a specific arrangement to enable firms paying the living wage to be able to continue to offer work on demand.

If feels to me that the debate on good work has gone from being focussed on our Review to a broader, evolving conversation. Our efforts may still end up in that private Westminster graveyard for ignored Reviews, but it would be a pity and a mistake if the enthusiasm we have helped to generate were not to be matched by at least some action.