In my last post I laid out my response to the Low Pay Commission consultation on the proposal, made in the Employment Review, which I chaired, for a higher minimum wage for non-guaranteed hours of work. In this post I’ll offer some thoughts on the BEIS, HMT, HMRC consultation on Employment Status, which opened in February and closes on June 1st.

Employment status is a very complex matter; the consultation document manages to identify 64 questions on which the departments are seeking views, but I’ll try here to explain the issues in a way a non-specialist might understand.

Having read the consultation paper, I broadly stand by the approach recommended in my Review, but I can add some detail.

The Review identified a number of overlapping problems with the current framework of legislation, regulation and case law.

While no solution is ever going to be perfect and while in the UK – just as in most other jurisdictions - the courts will always have an important role in determining border line cases, could we do things better?

A way forward is implied in the consultation paper when it describes the Statutory Resident Test (SRT) used by HMRC to determine whether people should pay tax in the UK. This test is based on an explicit hierarchy. It starts with the primary criterion of whether a person spent more than 183 days of the tax year in question living in the UK, before moving on to a number of secondary considerations.

A similar approach to employment status would also have a primary criterion. This should be the rule which is, on the one hand, one of the three main grounds used in employment law and, on the other, the only measure used by HMRC to determine tax status, namely, whether an individual is working under ‘supervision, direction and control’. Of course, this criterion is itself ambiguous and subject to dispute, but a major benefit of alignment would be that the statutory definitions and court judgements defining ‘supervision, direction and control’ could be used across cases which emerge from either those pursued by the HMRC or brought to employment tribunal.

However, there might still be some reasonable exemptions to the rule that tax and employment status align. So, like the SRT there would need to be secondary tests which could be used either for someone wanting to argue that a worker for tax purposes was not a worker for employment rights purposes or vice versa.

In relation to these secondary tests, my view is that one of the existing employment status criteria – mutuality of obligation - is now pretty unhelpful and should either be dropped entirely or relegated in importance so it is only taken into consideration when almost everything else has been considered.

This leaves one other test of whether someone is a worker; are they providing a ‘personal service’, or conversely, if they are self-employed, can they be freely substituted for another individual. The recent Pimlico Plumbers judgement (laid out in the status consultation paper) helps, to some extent, to clarify when the limited scope for substitution legitimately undermines the personal service test; essentially the scope for substitution has to be broad and at the discretion of the individual not the hirer. But my proposed approach would anyway relate this consideration to those cases where ‘supervision, direction and control’ failed on its own to resolve the matter.

These changes would in my view reduce complexity, increase compliance and also mitigate the abuse of substitution clauses by hirers seeking to avoid tax and employment rights obligations. But more needs to be done if the spirit of the law is to be implemented. Even with these changes there will still be hard cases and incentives to game the system, furthermore any legislation is likely to take several years to be agreed, timetabled and passed into law. Which is why I advocate a second, parallel, approach, focussing on sectors.

During the review and since I have emphasised that issues about tax and employment status don’t just divide employers and employees, they are also a bone of contention between hirers in the same sectors. Put simply, companies who pay employment taxes and fulfil employment rights can find themselves undercut by competitors who believe that by describing their workers as self employed they can avoid both. This is already a big issue in distribution where the Royal Mail complains bitterly of being undercut by distribution firms using deliverers who the latter claim are self-employed, generally on the basis of ‘substitution’ provisions. 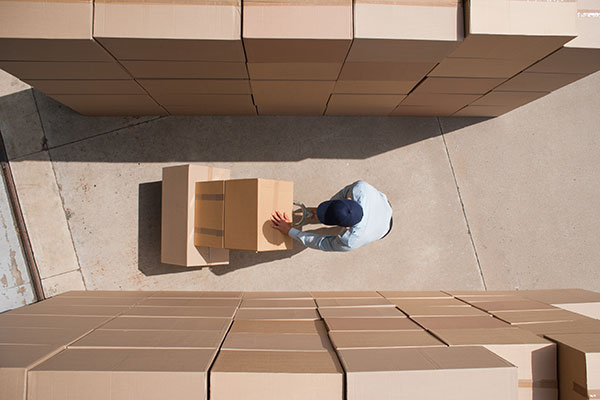 I have also heard that questionable self-employment is a growing issue in the road haulage and home removals sectors. And, to my consternation, I was recently contacted by a firm which claims to be a platform for ‘self employed’ retail workers. The firm seemed genuinely surprised when I told them their model couldn’t possibly be squared with the law.   But from what I can see they are merrily making profits, presumably hoping it will be some time before the courts or HMRC catch up with them.

The danger here is a sectoral race to the bottom as firms that are avoiding tax and rights outcompete those fulfilling their obligations. Imagine a retail world where the model was that workers, instead of being employed on contracts and with reliable shifts, were hired though platforms offering ‘self employed contractors’ a few hours here or there depending on demand.

In the Employment Review I argued for a strengthening of sectoral arrangements, particularly in lower skilled, lower paid sectors. The Government accepted the principle and said this would be taken forward by BEIS as part of broader industrial strategy. This has started to happen with, for example, the first meeting a few weeks ago of the Retail Sector Council. My suggestion is that the Government explore beefing up the status and influence of such bodies by providing them with a role in defining and enforcing employment status.

Working with BEIS, HMRC and MoJ, sector councils could provide nuanced guidance on where the line between statuses should lie in the context of the specific conditions that apply within that sector. With adequate funding – perhaps provided through some kind of registration scheme – sector councils could also provide guidance and advice to their sector not only covering rules and regulation but also designing and enabling better quality work (something the British Retail Consortium is already seeking to do).

Such arrangements would be non-binding - the ultimate arbitration of the law cannot be usurped - but could the courts perhaps be encouraged to take sector advice into account in determining cases and penalties? There is an interesting precedent in the work of the Gangmasters and Labour Abuse Authority.  There, under the guidance of the sadly missed Paul Broadbent, a voluntary advisory labour rate scheme has been widely adopted by the hirers of agricultural labour. The rate specifies the labour per hour level below which the GLAA warns that it would be unlikely that any Gangmaster would be able to make a profit without breaking the rules.

Going back to my previous example, an equivalent scheme in retail could warn owners and managers of shops that any company offering them ‘self employed’ casual labour would probably fall foul of the law. Equally, in the distribution sector, could employers be prevailed upon to agree the appropriate border between employed and self-employed labour and then to help the authorities to police that boundary?

It may not be a good idea to make points of general interest at the end of a post as detailed and specific as this, but that’s just the way the argument falls.

I have often written and spoken about the challenges of policy making and implementation in the modern world. Each policy failure is not just an issue in itself but contributes, in my view, to the wider problems of democratic legitimacy and public disenchantment. One answer should be greater innovation. The example floated in this post is that to overcome the dichotomy between the inflexibility and slowness of the law, on the one hand, and the ineffectiveness or mere exhortation and voluntarism on the other, Government should develop models of structured and incentivised self-regulation of the kind I propose for sector councils.

This will require beefing up Government support for and engagement with sectors. For example, as far as I know, the Retail Sector Council is only involving BEIS ministers and officials despite the fact that key issues for the sector – like apprenticeships and tax - fall under other departments. But, ultimately as other countries like Germany show, structured and serious self-regulation can often be both more cost-effective and more impactful than relying on legal enforcement.

It is noteworthy that one of the most high profile attempts at policy innovation in my Employment Review – a scheme to enable genuinely on-demand work platforms to pay the minimum wage – doesn’t even get a mention in the Employment Status consultation. Maybe this is because it was naff idea – it certainly proved pretty friendless – but my worry is that this speaks to a wider lack of imagination in Government in using the various and combined power of peer-pressure, transparency and customer and public opinion to enhance the inevitably blunt power of law and resource-starved enforcement capability. 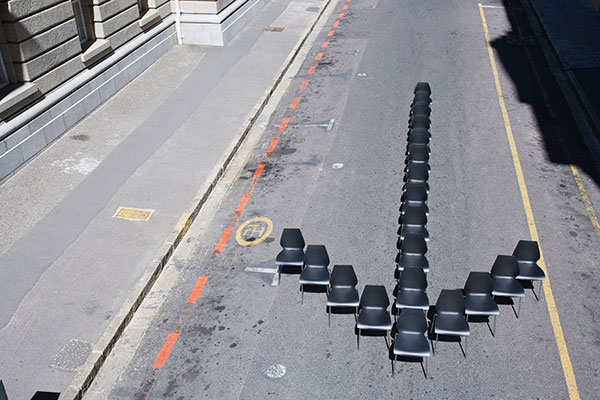 The longest journey starts with a single step

Another form of innovation, responding to the need to be both principled and agile (as we say at the RSA, ‘think like system, act like and entrepreneur’) is for policy makers to clearly signal a long-term direction of travel while only committing to the first incremental steps on that journey. On the one hand, such an approach reduces the risks involved in big bang shifts of policy while, on the other, it encourages civil society to start to adapt to coming change meaning that each incremental step may be easier to achieve.

So, in view of the fact that the consultation paper largely ignores the argument, I’ll also use this post to say again that one of the most important ways to reduce the incentive for gaming the employment and tax system is to tackle the significant and unjustifiable difference between the level at which we tax the purchasers of labour (ultimately that is generally us, the consumers) depending on the status of the person providing that labour. Currently we pay much less tax on any self-employed labour we purchase than we do for employed labour even when the work being done through either form is exactly the same. Although it is already implicit in policies like IR35, the Government should indicate that over the long term this outdated disparity will be radically reduced; nb this would be a change in the tax on labour use not on that paid directly by the self-employed themselves.

Until recently employment law has not been very dynamic, something typified by the fact that powers created in the nineties to enable secondary legislation have never been used. Developing a multi-track approach of a better legal framework and the concerted use of sectoral self-regulation, along with clarity about the principles that should ultimately underpin a 21st century system of regulation, could move employment law from policy back water to best practice. Furthermore, given the level of international interest in the Employment Review, such an approach could win plaudits well beyond these shores.

Thanks (seriously!) for reading.