In the first of an extended series of long read blog posts, running between now and the summer, Matthew Taylor explores a unified framework for thinking about your life, your organisation and the world.

The tools behind the RSA’s Living Change Approach are powerful, adaptable and accessible. Shall I go on?

As the RSA’s Chief Executive, I have written thousands of blog posts. Interests, enthusiasms and concepts have come and gone. But, ever since I heard my friend Geoff Mulgan mention it at a small meeting many years ago, one framework of ideas has never left me.

Over the next couple of months RSA colleagues are focussing on what we are calling our Living Change Approach, a model containing elements of that framework. As my contribution, I want to try to convince you of its power and range. Starting with this first post, I hope I can take some readers on a journey, which will leave you convinced that these ideas are powerful and timely.

“I am large, I contain multitudes,”’ wrote the American essayist, Walt Whitman in his Song for Myself. We all have several sets of identities. But in every case, it seems easier to describe what is missing than what we need to thrive.

First, we are people of places and nations with the responsibilities, entitlements and rights that come with citizenship. The quality of our lives is influenced by how the places we inhabit are governed. In democracies, through voting and other forms of engagement, we may seek to influence the decisions that affect the quality of our lives and our expectations of the future. We have views about our nation and locality. In believing things could be better we might, for example, identify inequality, environmental destruction, the power of big business or any of a long list of candidates as problems that need to be addressed.

Yet, although we generally have some account of what is wrong where we live, we less often explore what makes societies work. To use a cooking analogy, we have strong opinions about what we want to add or subtract from the ready meal before us, but rarely discuss what makes a good recipe. This isn’t surprising. As someone who has waded through countless think tank pamphlets, I know problems are generally easier and more interesting to describe than solutions. But just as on special occasions we might make the effort to devise and cook a meal from scratch, there are periods when there seems to be a greater appetite for going back to fundamentals and considering what a good society might comprise. History shows that deeper collective introspection can be provoked by social crisis. That is why - almost from the beginning of the pandemic – there has been talk about how we might use what we have learnt and felt to ‘build back better’.

History shows that deeper collective introspection can be provoked by social crisis. That is why - almost from the beginning of the pandemic – there has been talk about how we might ‘build back better’.

Our second set of identities concerns the places we occupy in organisations. For most people of working age and fortunate enough to be in employment, the chief among these roles is our paid occupation. Much of what we feel about our organisational roles reflects our individual standing; do we enjoy what we do, do we get the pay, status, or autonomy we feel we deserve? But the nature of the organisations in which we operate is also important. Do we trust and respect our leaders? Do we think the organisation is fair or ethical, are we optimistic or pessimistic about its future?

Beyond paid employment, organisations matter to us in many other ways. Every day we are affected by the performance of bodies ranging from schools and hospitals to businesses and charities. As with the places we live, we are often able to identify failings in the organisations with which we engage.

There are, of course, many different accounts of why some organisations succeed, but they tend to offer more insight than they deliver. The explanations are too often circular, mistaking the characteristics of success for its causes. There is a disconcerting tendency for businesses that have been widely lauded by commentators as being outstanding to turn out to be fragile, for example Kodak and Nokia, and for those which are seen as pillars of virtue to turn out to be involved in very dodgy practices; Enron, Volkswagen and Facebook all come to mind. Most organisations seem to spend a huge amount of time and energy in internal change processes, but research – and my own experience – suggest two thirds of these strategies fail to achieve their goals.

Overall, organisations, particularly larger ones, and those in the public eye, have faced growing issues of reputation, responsiveness and resilience in recent years. The oft-cited Edelman Trust Barometer shows low and volatile levels of public trust in government, businesses and even charities. According to Gallup, only a small minority of employees feel fully engaged at work. 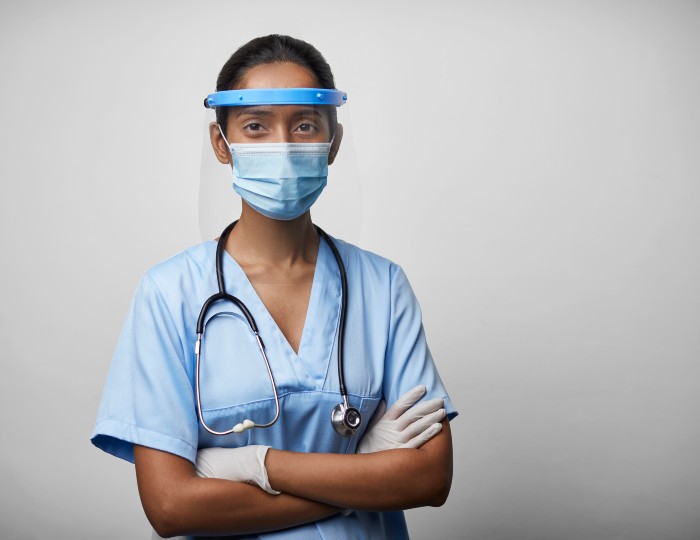 If anything, these issues have been exacerbated by the Covid-19 crisis. Many democratic governments and state institutions have performed poorly in protecting their citizens despite having been long aware of the inevitability of a pandemic. Many businesses, despite being repeatedly bailed out by taxpayers, have been criticised for the way they have treated employees and or customers. Covid-19 and other factors such as a growing and welcome intolerance of race and gender inequality, have added to the sense among many organisational leaders (and I am one myself) that they are – in the words of an Elvis Costello song – ”a juggler running out of hands”.

Our final set of identities relates to us as individuals; our characters, our tastes, our choices, our personal relationships. Materially, for people in most parts of the world, life is much easier and better than it was for their grandparents. Most of us tell researchers that we are reasonably content with our lives; perhaps to say otherwise would be admit failure (although, unsurprisingly, wellbeing levels have fallen in most countries during Covid). But few of us would say we were entirely fulfilled. Rates of mental illness, and medication for it, have risen rapidly in many countries including the US, which has also seen the rising phenomenon of ‘diseases of despair’, particularly addiction, depression and self-harm. The World Health Organisation has reported that globally one in five adolescents experience a serious mental health issue in any given year.

Every high street bookshop has a large section dedicated to books which promise to make us more effective, happier, healthier and often all three. Do we listen to the advice? Australian writer Bronnie Ware was for several years a palliative care nurse looking after people in the final weeks of their lives. In 2009 she wrote a blog, which quickly became viral (she has since turned this into a book). Ware described the five most frequent regrets expressed by people at the very end of their lives. Two were ‘I wish I had stayed in touch with my friends’ and ‘I wish I hadn’t worked so hard’. The other three are even more striking; ‘I wish I’d had the courage to live a life true to myself not the life others expected of me’, ‘I wish I had the courage to express my feelings’, ‘I wish I had let myself be happier’.

Overall, it seems reasonable to suggest that most of us could live better, more balanced, more fulfilled lives. Here again, Covid-19 has opened up the issues with, for example, the UK Office of National Statistics reported last summer that many people enjoyed aspects of the first lockdown including a slower pace of life, appreciating nature and spending more quality time with close family. After nearly a year of disruption, fear and in some cases heartbreak, many people – those lucky enough to have choices – are thinking afresh about where, how and to what end they want to live.

We have busy lives and most of what we do is in response to immediate issues and needs. Unless it is our job, having the time, energy and imagination to think about the good society or the good organisation or the good life is beyond most of us, let alone giving consideration to all three. “Life” as John Lennon once said, “is something that happens while we are planning for it”. Yet, will we use our short time on earth as well as we could if we don’t have a view about how to make the most of the society we live in, the organisations we connect to and the lives we lead? Lennon may have been realistic, but wasn’t Socrates also right that “an unexamined life is not worth living?” If Covid-19 is a chance to rethink and reset, isn’t it one we should try to grasp?

If Covid-19 is a chance to rethink and reset, isn’t it one we should try to grasp?

This is where thinking tools can become vital. How can we find useful ways of considering these issues? Every year thousands of books are published offering different ways to make sense of parts of reality. As the host of a weekly podcast and chair of innumerable RSA lectures, I have read and appreciated lots of these ideas. Having said which, I am generally resistant to what I see as simplistic or reductive ways of viewing the world.

Yet what if I said that over the last 15 years I had become convinced that one set of thinking tools is particularly powerful? Moreover, that they are adjustable and can help us see things more clearly at each scale, from the good society to the good life? After all, societies are made up of organisations and societies and organisations are made up of people, so wouldn’t we expect the way these things work to have some aspects in common?

What if I went on to say that these tools are quite easy to learn how to use but that the ways they can be used and adapted is almost unlimited? They could help you spot the problem with a policy being announced on the morning news, offer a way of resolving a conflict among colleagues at work and be the basis for you and your partner to discuss over dinner what you want to do with the next stage of your lives. If I said that you would have every justification in being highly sceptical but, still, would you want to hear more?