So, here it is: my final blog post for the RSA as Chief Executive.

My first was on the 5 March 2007 and there have been nearly 1300 since. Scrolling through, some feel dated, some prescient. A few laid the foundations for further RSA work while others were merely silly. I’ve ended up with set of mammoth pieces laying out the set of ideas I term ‘coordination theory’. 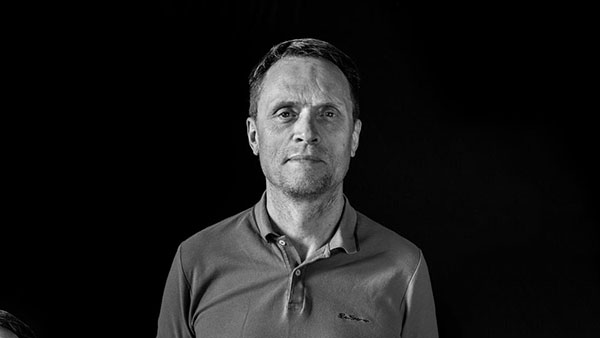 Although there have been a few that have got wider circulation, I estimate my average readership has been pretty modest. Blog writing has been as much a way of organising my thoughts as of external communication. The recent posts have exemplified this. My need to lay out ‘co-ordination theory’ has been more about reconciling myself to my failure to persuade a publisher to commission a book than the expectation that more than a handful of kind souls would wade through them.

It was generous of my RSA colleagues to allow me to focus my final CEO annual lecture (in fact, an interview with Margaret Heffernan) on the theory and even kinder of them to commission the below wonderful RSA Minimate, 'A framework for change,' from Andrew Park. Perhaps the most grateful will be family and friends, hoping that after several years of me grinding on about it, I have finally got the ideas out of my system.

The book that wasn’t is far from my only failure.

A few years ago, I was asked to give a talk to Uprising, a charity that offers coaching and support to ambitious young people, particularly those from disadvantaged backgrounds.  I do a lot of talks, but this invitation weighed heavily on me as the implication was that I was a high achiever who might inspire young people. But I don’t see myself in that light and what’s more, even if I did, how would bragging about my life be of any value to the group? Panicking, a few hours before the event I decided to take a different tack.

My talk was about all the things I’ve got wrong. I have some of the skills to have been a frontline politician, but I bottled it, not willing to do the work and worried my thin skin wouldn’t take the abuse that comes with the job. I’m not a doctor or nurse or aid or community worker so I can’t claim ever to have saved anyone’s life. I have no practical skills. I can’t play a musical instrument and I can’t speak a foreign language. As I told the rather dumbfounded group of young people, where I have had real agency in my life, I have done more things I regret than I’m proud of. Strangely, the talk seemed to work. As one of the young people said, ‘knowing you can be successful despite getting so much wrong is quite reassuring’.

Leaving the RSA, I find again that I want most to talk about where I’ve fallen short. Individual parts of the organisation have become stronger. John Adam Street has had two major refurbs and – in normal times – is one of the most sought-after venues in London.  Our commissioned content – the events, podcasts, RSA Journal and much of the website – has come on leaps and bounds thanks to the brilliant work of the team. We have more Fellows, including a greater diversity of people and more who are active. Crucially, they are Fellows because they share the Society’s values and want to get involved, not because they think they have been given a minor honour. We have a stronger international presence including a dynamic American branch. The strength of research in any think tank goes in cycles and is often dependent on external factors, but, overall, we do better, more credible, more relevant and impactful work than ever before. The growing focus on design and the tools for change will hold us in good stead and enable us to develop different types of partnership.

I have come to understand that the most important part of leadership is seeing your organisation as a complex system, one capable of improvement… but only through the careful work of developing and winning buy-in to an inspiring mission while pursuing an adaptive, collaborative, patient process of change.

Yet, still, my greatest hope, which is that all these ingredients would come together in an organisational offer that was irresistible and unique, is only partially fulfilled. The whole is not yet greater than the sum of the impressive parts. I remain convinced that must be the goal if the RSA is to fulfil its potential as an agent of progressive change. The good news is that the ingredients are all there, including a great staff team. No one will be happier than me when the RSA’s new Chief Executive, Andy Haldane, achieves the lift-off I came close to but never quite achieved.

A final word about my next challenge; as CEO of the NHS Confederation. Reading this, my new Trustees, colleagues and members might be wondering whether having in charge someone so prone to justified self-deprecation is a good idea. I can reassure them. My energy levels may not be what they were, but I am wiser.

I have come to understand that the most important part of leadership is seeing your organisation as a complex system, one capable of improvement, perhaps major improvement, but only through the careful work of developing and winning buy-in to an inspiring mission while pursuing an adaptive, collaborative, often patient process of change. This is the mindset we have referred to at the RSA as ‘thinking like a system and acting like an entrepreneur’. I am also clear that leading any organisation with multiple objectives involves identifying, naming and holding dilemmas not ignoring them or imagining they can be easily resolved. Indeed, owning and sharing organisational dilemmas can often be what sparks innovation.

I have tried to leave the RSA quietly, as befits a departure during partial lockdown. But I go deeply grateful for the tolerance colleagues, Fellows and most Trustees have shown me. Grateful too for the lessons I have leaned and hope now to carry into my next adventure.

Watch 'A framework for change', the RSA Minimate based on Matthew's 'coordination theory'.