Schools need to be at the heart of a new covenant between the government and our children.

The first rainbow, so the Bible says, was a sign of a covenant between God and humanity.

A reminder of the bond between the mighty and the weak; that the worst of storms are weathered together.

It is perhaps no surprise then, that as the UK locked down in March, some of the first signs of hope in the midst of our fear and confusion were the rainbows appearing in windows. Made by children, they served as a reminder not only of collective support for the NHS, but also of the covenant between the people and the state; that we have chosen to look after the most vulnerable members of our community together.

This idea is central to MP Danny Kruger’s recent report to government on what the Prime Minister’s goal of “levelling up” really means. Kruger defines the covenant as “the mutual commitment by citizens, civil society, businesses and the state, each to fulfil their discrete responsibilities and to work together for the common good of all”. So, how did the covenant with our children fare during the ‘great pause’?

According to the Office of the Children’s Commissioner, 575m school days were missed between March and July 2020. Even now, as schools attempt to limit the spread of infection, attendance remains patchy: ranging from 61% in Knowsley to 94% in Kensington and Chelsea. While schools have provided remote learning alternatives, children’s ability to access them varies. Ofcom estimates that between 1.14 million and 1.78 million children in the UK do not have access to a laptop, desktop or tablet in their homes.

While schools remained open for the most vulnerable children, only 8% were attending before schools started to reopen in June. Only 6% of children with education health and care plans (EHCPs) attended school during that same period, rising to 28% in July; 72% were still absent. The Coronavirus Act 2020 changed the level of obligation on local authorities and health bodies, requiring them only to make “reasonable endeavours” to deliver services that these children would ordinarily be entitled to. This led to a huge drop in access to services. Meanwhile, Ofsted research indicates that many younger children have not returned to early years education settings and, of those that have, many are more anxious and have regressed in their learning and development.

Before the crisis, nearly 2.2 million children in England were living in households affected by one or more of the ‘toxic trio’ of family issues: domestic abuse, parental drug and/or alcohol dependency, and severe parental mental health issues. Covid-19 has significantly exacerbated these problems, while the number of children referred to social services has fallen. 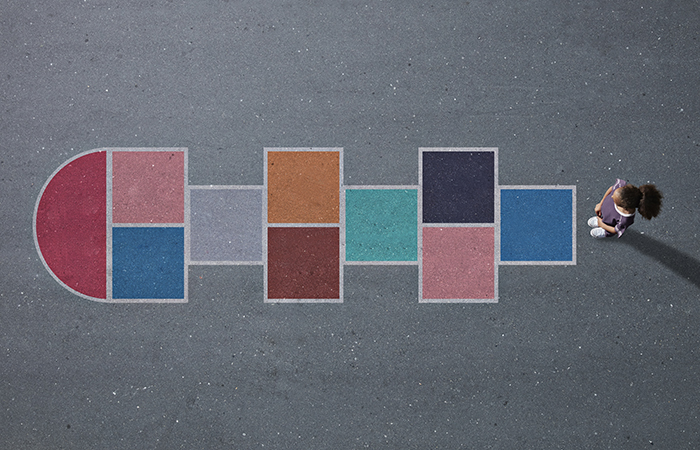 The covenant is broken

These aren’t just the unfortunate consequences of the pandemic, but signs that the covenant is broken. Schools have innovated. Teachers’ understanding of how to harness technology has massively improved. Individuals have stepped in to make sure that disadvantaged children do not go hungry during school holidays. But the government’s attempts to fulfil its responsibilities have been a succession of unpopular, confusing failings, from the fiasco around exam results to the failure to distribute sufficient technology to disadvantaged pupils at home.

In ignoring Marcus Rashford’s call for funding for free school meals in the holidays the second time around, the government claimed a victory for civil society, but ignored a growing consensus: that it has misunderstood the role of education and must take stronger action to ensure fairness in the system. Covid-19 has provided a strong reminder of schools’ dual role as learning institutions and a critical part of the local social fabric. This has created an opportunity to encourage a more expansive, more inclusive way of assessing the success of students, schools and the system.

The exam fiasco also highlighted the built-in unfairness of England’s exam system. When a third of children are required to fail every year, assessing schools’ success by measuring students’ performance in exams stops making sense. More than that, in a context where school curriculums have been narrowed and hollowed out, the 30% of 16-year-olds not achieving a grade 4 or higher in their English and maths GCSEs leave with a very real sense of having entirely failed in their education. For too many this sets the tone for their future, and these young people are already more likely to be disadvantaged when they enter formal education.

All children deserve a rich education: one that supports academic achievement, but also sets them up for life. The RSA is in the early stages of developing a new research programme that will help translate the growing consensus around an inclusive understanding of schools’ functions into practical ways to change the system. This will focus on three areas.

First, promoting the idea – well articulated by Stephen Tierney FRSA in his book Educating With Purpose – that schools’ main purpose is to provide the foundations for children’s lifelong personal flourishing and their ability and desire to contribute towards others’ flourishing. Fulfilling that purpose means recognising the role schools play in developing a wide range of capabilities, including, but not limited to, academic achievement.

Second, promoting an understanding of schools as civic institutions which, when they are integrated with the world beyond their gates, contribute to the advancement of communities, not just individual students. The RSA Academies have worked to develop a self-assessment framework for schools’ engagement between school and community. The RSA will build this and its Pinball Kids project to co-design collaborative, place-based mechanisms for preventing school exclusions.

Third, encouraging creativity and disciplined innovation in new approaches to pedagogy, assessment, and school and curriculum design and operation: the mechanisms through which a fairer education will be delivered.

As news of a vaccine signals, perhaps, an end to the crisis, the RSA and its Fellowship now have a responsibility to help identify and amplify consensus on the need for change.

This article originally appeared in the RSA Journal.