In light of the many disruptions the world faces as a result of the Covid-19 pandemic, the World Economic Forum (WEF) has developed its Great Reset initiative.

This looks to the ways we can shape the recovery and the future of economies, societies, businesses and governments. The WEF argues that part of this reset should include a shift to developing more sustainable business models, such as an impact economy. This would be based on taking into account social goods and external harms alongside profits. 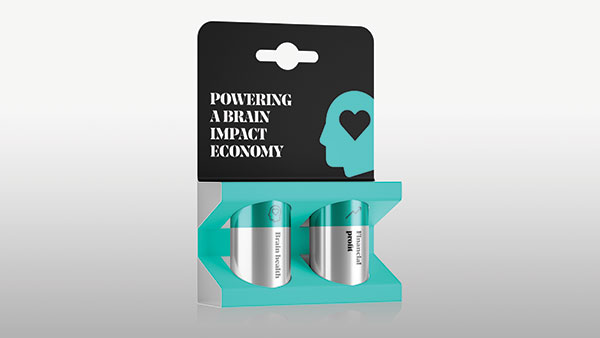 This shift has already begun; the Global Reporting Initiative, in partnership with the Robert Wood Johnson Foundation, has developed health metrics geared toward the inclusion of social impact in current sustainability indexes. Encouraged by the added measure of certainty and transparency surrounding their activities, the aim is that investors will allocate more capital to financing initiatives that have positive social outcomes, and that entrepreneurs will devise business models along the same lines. A further aim is to drive consumer choices so that a greater share of their spending goes to social enterprises.

We propose that a similar approach should be taken regarding the impact of company and governmental practices on brain capital. Brain capital puts a premium on brain health and brain skills. The former encompasses emotional, behavioural and cognitive health across an individual’s lifespan. Compromised brain health greatly increases the risk of depression, anxiety, substance misuse, dementias, and neurodevelopmental and neurocognitive disorders. As well as potentially devastating consequences for individuals and their loved ones, such disorders are estimated to cost the global economy $2.5tn–$8.5tn per year in lost productivity. Covid-19 has likely added to this figure, as isolation, unemployment and insecurity have put additional pressures on people’s brain health.

Brain skills include self-control, emotional intelligence, creativity, compassion, altruism, systems thinking and cognitive flexibility; all are critical in a digitised economy, and all are dependent on good brain health. Brain skills are also critical for resilience and adaptability, two traits that are

premium on cerebral rather than manual skills – can be thought of as a brain economy. Brain capital is crucial in this context, where automation is accelerating and where innovation is a tangible and increasingly pivotal ‘deliverable’ of employee productivity.

Bringing together the ethos of the impact economy and the brain economy would provide the kind of economic reimagination we so clearly need. A brain impact economy would be one where the practices, policies and standards attached to the pursuit of optimal brain capital would be as widely accepted as the norms associated with the pursuit of financial profit. Governments and business leaders would recognise that economic and business activity are modulated by the mental capacity of their people.

There are a range of investment and innovation approaches that could fuel the brain impact economy. Establishing Brain Health Living Labs – units which integrate concurrent clinical care, research and innovation processes with a public–private–people partnership – would speed up the development of well-designed, evidence-based brain health solutions through a user-centred, iterative, open-innovation ecosystem. Funding should be channelled to medical innovation companies and early-stage technologies, healthy brain bonds (which would support brain health and scale up support services) should be developed and philanthropy used to direct support.

Social impact investments have the specific aim of generating positive, measurable social and environmental impact alongside a financial return. This kind of outcomes-based investment allows public-sector entities (including governments) to pay only for what works and to the extent that it works. At the same time, they create pathways for the most impactful providers and interventions to grow if they can achieve key policy priorities.

Social impact investing can be relevant to building brain capital. It can support investment in approaches to education that can optimise opportunities and success in life and are inversely associated with rates of depression and dementia.

For example, the Chicago Child-Parent Center Pay for Success Initiative, launched in 2014, aims to improve school readiness and decrease use of special education services by providing high-quality pre-kindergarten care and parent engagement services to low-income families. It is based on the Child-Parent Center model, an early-childhood preschool approach that emphasises aligned education and services in high-needs communities. The programme served 2,618 four-year-old children living in Chicago Public Schools Title I attendance areas (neighbourhoods with the highest poverty rates) over a four-year term. (There is now a 17-year repayment term and evaluation period.) This intervention aligns with the skill theory as posited by economists Flavio Cunha and James Heckman, which suggests that skills built in early life serve as a scaffold for the development of later skills and health. The Child-Parent Center model has also been demonstrated to be cost-beneficial and associated with higher rates of high school completion, lower rates of juvenile arrest and arrest for a violent offence, and reductions in special education placement, grade retention and child maltreatment.

When it comes to brain skills, the Career Impact Bond (CIB) is a ‘pay for success’ financing tool that provides students with affordable, high-quality workforce training for in-demand careers. CIBs have been developed and pioneered by Social Finance, a social impact firm. The bond expands access to training for people from low-income communities and those who face barriers to education and employment.

With CIBs, impact investors provide catalytic capital to training providers, which use the funds to cover a portion of the upfront training costs and deliver critical support services for typically underserved students. Students enroll free of charge, and those who gain meaningful employment after graduation repay programme costs as a fixed percentage of their income, capped at a certain amount and for a certain period of time, with the payments shared between impact investors and training providers. Those who do not obtain and maintain meaningful employment following graduation pay nothing.

The taxation and accounting restructuring needed to support the brain impact economy could be guided by the principles of the Human Capital Accounting Framework, recently published by the WEF and Willis Towers Watson. This recognises that human capital can be a company’s greatest asset and can make or break a business strategy. According to the Global Intangible Finance Tracker, a company’s intangible assets, including human capital and culture, are estimated to comprise close to half of a company’s market value. This framework could enable companies to monitor and assess the return on their investments in their employees in the same way that they measure returns on financial and intellectual capital.

There are a number of organisations driving these efforts, including the US Securities and Exchange Commission (SEC), which is looking to expand reporting requirements to include a broad set of measures including training hours, worker productivity and turnover. The Human Capital Management Coalition, representing major institutional investors, has been pivotal in petitioning the SEC to move in the direction of requiring human capital metric reporting. The International Financial Reporting Standards Foundation and US Financial Accounting Standards Board both have requirements in place for reporting employee–employer transaction information related to employee benefits, retirement plans and compensation. Recently, the International Organization for Standardization specified 23 core metrics – including costs and worker productivity, health and wellbeing, and leadership trust – for organisations to track and report.

The development of a Brain Capital Index (BCI) could help to track the brain capital impacts of companies and governments as well as the value of investments. If such an index were investable – as in the case of a mutual fund or exchange-traded fund – it would encourage investment in the entire space by opening it to the passive investor. Index-tracking funds have recently passed the $10tn mark of assets under management globally, surpassing assets under active management for the first time. Attracting even a small fraction of global passive investment to use such a model would transform the brain economy as a whole.

A BCI would consider a range of components. Health-related metrics may include incidence and prevalence metrics, access to care and relapse rates. Access to mental healthcare for

children and young people, for instance, is of paramount importance, so coverage for families and employees should be prioritised. The demand for mental healthcare is at an all-time high, but the ratio of professionals to patients is incredibly low, hence this ratio should be tracked.

We might also choose to track purpose in work, given this is shown in the Rush Memory and Aging project to have a range of brain health benefits, including reducing the likelihood of dementia and strokes.

There are already models out there we can learn from. For example, the California-based One Mind at Work, a workplace mental health organisation, has worked with Total Brain to develop a Mental Health Index that uses standardised, scientifically based digital assessment and questions to measure a person’s 12 brain capacities across the areas of emotion, feeling, cognition and self-control. The assessment screens for risk of seven common mental health conditions and acts as a sort of mental health thermometer.

Such a radical shift towards an economy that centres on our brain health will require a lot of work. Data privacy and ethical issues must be considered. Indexes should be de-identified and considered in aggregate. Technologies should be built with responsible innovation principles in mind. But such an approach begins to address the fundamental question at the heart of the Great Reset: what is a valuable impact and how will we measure it? Our answers to this question will define the world’s progress in the wake of Covid-19.

The world is experiencing an identity crisis; how we emerge will define the next generations. To prepare to solve increasingly complex and urgent global issues, brain capital must be an axiom of progress.