In order to respond to the need for urgent action to prevent further catastrophic changes to our planet, David Dobereiner FRSA argues that we need to change what we eat and our business and political leaders need to change some of their core assumptions about the role of the market and economic growth.

Hopefully, new vaccines will eventually bring Covid-19 – one symptom of our biodiversity crisis – under control. When it comes to carbon reductions, some necessary changes are proceeding in the wealthier ‘developed’ world, where it is most urgently needed, but not fast enough to meet the 1.5°C tipping point mandated by the (IPCC). Unless the underlying context of Covid-19 – resulting from our modern ways of living and eating – are not immediately addressed, globally, there will be other pandemics in the future, some of which may be even worse. 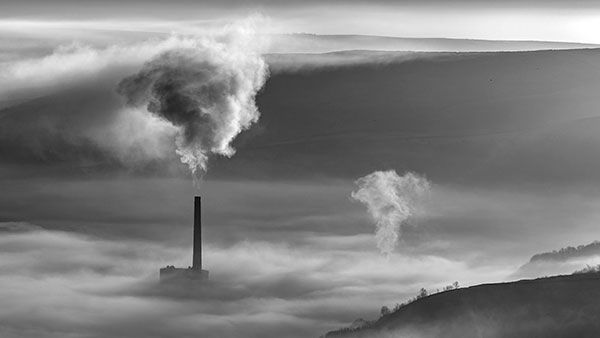 In China’s Wuhan market, which is thought by many to have been the source of Covid-19, smaller wild animals were kept alive and sold to poorer customers who could not afford conventional meats. Keeping animals alive and slaughtering them at the point of sale, saves on refrigeration costs but also means bringing more wild animals in close proximity to people. Meanwhile, as more land has been appropriated for farming livestock, more wild animals find their way into cities, making it easier for people to catch them and bring them to market.

According to the National Academy of Sciences of the United States of America (NAS), although humans represent just 0.01% of all life on earth, 83% of wild mammals have been destroyed since the dawn of civilisation. An NAS study published in 2018 concluded that of the mammals on earth, 60% are livestock, 36% are humans and 4% wild mammals. In the same year, the World Wildlife Fund Earth estimated that the wild animal population had plummeted by 60% between1970 and 2014. No wonder the ecosystem that sustains all life is in chaos.

In their new book, The Climate Crisis and the Global Green New Deal, Noam Chomsky and Robert Pollin, articulate, in lurid detail, the all-but-fatal damage to the earth’s ecosystem inflicted by its ‘most intelligent’ species. However, the bulk of the book also focuses on potential solutions.

The Covid-19 pandemic is causing great loss of life and suffering, unacceptable levels of unemployment and many economies to shrink and many long for the world ‘to get back to normal’. But as Chomsky points out, while a vaccine will eventually rid the world of Covid-19, there is no prospect of a vaccine for the climate crisis.

Indeed, the authors argue that what was ‘normal’ or ‘business as usual’ was precisely what led us to the climate emergency we are now facing. The book makes the case for radical changes in our diets. The scale of our meat-eating practices has pushed back the areas of wilderness into a tiny fraction of what a healthy and sustainable ecosystem needs. Consequently, wildlife has come into unnatural levels of contact with farm animals, farmers and cities and their citizens. Hence the greater frequency of viruses jumping from wild life to humans, of which Covid-19 is a prime example.

As other Fellows have argued, wherever we live, there is an urgent need for humans, the world over, to switch to a plant-based diet. There are cultures that already obey the commandment “thou shalt not kill”, for example, Jainism. In fact, all those Eastern cultures whose belief systems include reverence for nature and are polytheistic, may find it easier than Europeans to adopt veganism.

Many of the inventions and discoveries that have characterised the modern world since the industrial revolution spread outwards from England. They have immensely lengthened and lightened human life over large areas of the planet. This used to be called progress. It is now clear that this is not progress for the hundreds of thousands of other life forms that we have already sent into extinction, and are continuing to do so.

Our big mistake was well expressed by Chief Seattle of the Divamish Indians: “Humans did not weave the web of life. We are only a strand in it. Whatever we do to the web, we do to ourselves”. Humans, in particular in the western world, have an ingrained sense of separation from the rest of the ecosystem. When we use the word ‘nature’ in a sentence we express an entity that does not include ourselves, ignoring Charles Darwin’s words of wisdom: “Humans differ from other animals in degree but not kind”.

Chomsky and Pillon make a bold case for major adjustment assistance programmes to ensure that those people and communities impacted by shifting priorities are supported in that transition. But if we are to speed up the process, the billionaire class and leading politicians, need to re-examine their core beliefs including that infinite growth is possible on a finite planet and that the markets, if left to themselves, will solve all problems.

David Dobereiner was an award winning architect who practised and taught ecological architectural design for 4 decades, mostly at North American universities. On retirement he turned to philosophy, had some articles published in Philosophy Now and is the author of three books.