Problems are as old as humanity itself.

But thanks to the evolution of the human brain and our understanding of human psychology along with behavioural economics, governments the world over have reached a stage where they can think beyond strong-arm recourse and can instead, employ softer means to help citizens ward off crises like the ongoing Covid-19 pandemic. Chetan Choudhury FRSA explores.

The term nudge was first introduced by the seminal book of the same name written jointly by Cass Sunstein and Richard Thaler, the latter went on to win a Nobel Prize in Economics in 2017 for his contribution to behavioural economics.

A nudge is any aspect of the choice architecture that alters people’s behaviour in a predictable way without forbidding any options or significantly changing their economic incentives. To be called a nudge, the intervention must be easy and cheap to avoid. Importantly, nudges are not mandates. For instance, to promote a healthy way of eating amongst the citizens suffering from obesity, putting fruits at the eye level in a supermarket is a nudge, but banning junk food is not. 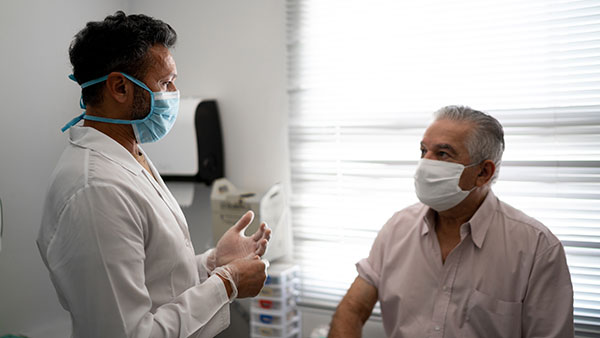 Nudge as an acronym

Jeevan Rampal, an Assistant Professor at the Indian Institute of Management, Ahmedabad (IIM-A) looks at Nudge as an acronym. According to him, NUDGES mean iNcentives, Understand mappings, Defaults, Give feedback, Expect error, Structure complex choices. The professor adds that N, U, and S are of critical importance if governments want to successfully address pandemics like Covid-19.  The insight has been independently corroborated by behavioural science organisations that are actively involved with supporting governments in fighting the pandemic through nudging.

For example, it is well known that washing or sanitising hands frequently is an effective means of preventing the spread of Covid-19. But evidence suggests that simply asking people to wash hands does not necessarily make them compliant. That is when nudging comes to the rescue: by placing hand sanitisers at prominent locations, such as in the middle of entrances, in lift lobbies, or on doors, more people use them to sanitize their hands, simply because they are more visible.

Another small but significant detail is that hands should be washed for 20 seconds to wash off the virus. It is highly likely that people may miss this little detail during this frequent and mundane task. So, a simple nudge initiative of singing ‘Happy Birthday’ while washing hands helps many people cross the 20-second barrier.

It is common knowledge that social isolation hurts psychological and physical wellbeing. For such cases, the UK government is using simple nudges like suggesting that people activate their online social life and maintaining the discipline of working hours from home.

In a welcome move, the Indian government decided to air some iconic and much-loved TV serials from the ‘90s decade. The telecast has helped keep millions of citizens engaged for a few hours every day during the nationwide lockdown. The viewers, then, share their nostalgic experiences on social media, thus bonding digitally during isolation.

People are not habituated to maintaining physical distance of six feet when interacting with each other. But Covid-19 is forcing a change in many lifelong norms, which such citizens are bound to break inadvertently, thus putting themselves at risk.

To caution its employees from this habitual mistake, Belgian Port has developed virus bracelets which raise an alarm when two bracelet-wearing employees break the safe distance barrier. The Port built this bracelet in anticipation of the gradual resumption of work when the pandemic eases.

A similar but more advanced and cost-effective solution is the Arogya Setu app designed by the Indian government. This app is the primary contact tracing tool in India. It develops a reliable network for the government to identify potential Covid-19 victims and to alert any person who crosses path with a potential carrier. But the real power of the app lies in identifying the potentially infected by analysing the movement history of the Covid-19 patient. All this through a simple nudge of installing an app.

The fact that the app has over 75 million downloads, and has received a rating of 4.6 through more than 300,000 reviews is a testimony to the fact that this nudge has been very effective.

As emphasised by the authors of Nudge, behavioural economics research can and has helped transform public policy. They maintain that nudges are economical, effective, and minimally disruptive.  As we can see from the above instances, these nudge initiatives have found favour amongst several governments, and have been used not only during the current pandemic but also to encourage organ donation and retirement saving. In the recent past, we have even seen many instances where governments around the world have created behavioural insights teams to help inform public policy and influence public decision-making.

The Behavioural Insights (BI) Team created in 2010 by the coalition government as a company part-owned by the UK Cabinet Office, is one such leading organisation, which has been in the news recently. Led by Professor David , it bills itself as the ‘world’s first Nudge Unit’. It counts over 750 projects to its roster of success, including initiatives around coaxing high-income earners to pay more tax and enabling a reduction of 38% in referrals to overburdened clinics.

However, in mid 2020 as the epidemic raged, epidemiology and behavioural science came into conflict as the UK media fought pitched battles over whether behavioural science should have any say in Covid-19 policymaking or not. In an open letter signed in March last year, more than 600 academics and behavioural economists raised concerns about ‘behavioural fatigue’ being used as a key factor in the government’s decision to delay high-visibility and ‘hard’ interventions.

The government has since changed its strategy and imposed stricter mandates and ‘hard paternalist interventions’ to control the spread of the virus. But this only means that behavioural economics and nudging cannot be used synonymously. Behavioural economics enables us humans to glean insights on our inherent limitations and traits, such that we can design and deploy policy for better outcomes. Even in the UK, a lot of the pandemic response interventions and mandates being used now are not nudges. However, these measures are being combined with nudges to bring about greater and more effective compliance.

As protocols and mandates get changed and even reduced, many countries are continuing to use nudges to enforce such mandates and to promote safer choices among their populace.  Officials in Ireland are using informational signs in vivid colours, encouraged by the insight that more attractive information has greater reach and impact than say, a relatively dull poster. Another similar example worth its impact is New Zealand’s                "Unite Against Covid-19” messaging.

As Covid-19 vaccines get rolled out across the world now, significant proportions of the population in various countries are still showing uncertainty. As a recent survey showed, only 30% of the UK population said they would definitely take the vaccine. Experts and thinktanks are suggesting various ways to address this scepticism, including developing effective strategies through evidence-based policy nudges to increase the vaccination rate. Suggestions have ranged from using celebrities and influencers to persuade the fence-sitters and offering perks to those who get inoculated, to simply making the process easier by reducing queues, scheduling the second shot immediately after the first one, sending e-reminders and encouraging referrals of family and friends. Another idea, one that has been gaining ground steadily, centres around quickly creating a data driven digital platform for a health passport (given to those who have taken both shots) to enable people to gain access to flights, events, schools, restaurants etc. and thereby, live safer and easier lives in their own countries and even internationally.

It goes without saying that this has and will lead to extensive debates on moral hazards around data and privacy, and ethical issues surrounding use and abuse of personal data. After all, public confidence is critical for nudges to work. These are important issues, which need be addressed particularly as,  going by its increasing frequency and potential success, especially in critical times like now, we can expect more governments to view nudging favourably and adopt it as an integral policy tool.

Chetan Choudhury is a strategy and policy professional, and has worked with federal and state governments in the US, Canada and the UAE in the areas of innovation, technology integration and public service design and delivery.