Enabling NGOs to fight the infodemic

As vaccines make their way into arms around the world, there are still some people who think the pandemic is a hoax and/or have reservations regarding vaccines.

Nathan Coyle FRSA argues that non-governmental organisations (NGOs) are vital intermediaries in building trust but that open data is not really ‘open’ unless they can both access and understand it.

In a world where there is so much anxiety surrounding Covid-19, people often find the use of social media comforting. In a lot of countries around the world misinformation is seeping into some of our ways of thinking, usually littered with a modicum of truth or a slant towards our social culture. This is designed not always just to throw us off the scent but also sometimes with more sinister undertones such as political influence or financial gain. 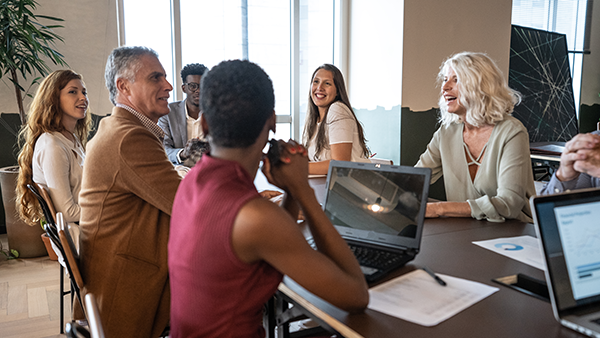 Some of the most sceptical people in the world are the citizens of Kosovo. According to a poll taken by Pristina-based statistical analysis company, Pyper LLC, a third of the people who live in Kosovo think that Covid-19 is a hoax, even after Prime Minister Avdullah Hoti contracted the virus last year.

It is a very similar playing field in North Macedonia, a recent canvas from Balkans in Europe Policy Advisory Group stated that just 7% of the countries population do not believe any of the most circulated conspiracy theories, with over 50% of the people sampled believing in all of them, the combined percentage of those who believed in some or all of the theories totalled at over 80%.

A lot of this circulated from a viral video created by a suspected former Macedonian  journalist presenting what they called ‘established facts’ in regards to the Pfizer vaccine. Although these ‘facts’ were proven to be conspiracy theories, the video had already received 270,000 views and 5,300 shares on Facebook, making its way into inboxes all over the country, shared by worried family members and friends. The damage had already been done before the video was taken down and discredited.

In the same report, Balkans in Europe Policy Advisory Group sampled people from Western Balkans, Albania, Bosnia and Herzegovina, Kosovo. Montenegro, North Macedonia and Serbia, and – of all of  those who took part in the polls – North Macedonians were the most likely to be in the “I certainly will not” have the Covid-19 vaccine category with Kosovo coming just behind.

Part of this response may be driven by anti-intellectualism, which has played a role across the world; even Anthony S. Fauci, Director of the American National Institute of Allergy and Infectious Diseases, warned the importance of being aware of “anti-science bias” dangers to public health in the US. As I read report after report about conspiracies and ‘vaccine hesitancy’ coming out of south Balkan countries, it was easy to see the same themes emerging.

Open data is the process that certain information should be freely available to all, replicated without restrictions from copyright. You will find most government institutions have an open data portal, mostly to evidence their commitment to transparency and encourage involvement to improve government services. Tech minded activists from all over the world have used open data as a basis to build digital applications that improve water treatments, environmental services to even maintaining fire hydrants by encouraging citizens to adopt their local neighbourhood standpipe.

But, open data isn't just for academics, it can be a powerful tool for community resilience, the problem is, because of its highly scientific image, the majority of NGOs wouldn't even consider seeking it as they feel it is not for them.

In partnership with Open Data Kosovo in Pristina and Skopje-based Metamorphosis Foundation (both leading NGOs) I recently ran a series of workshops with government and third sector staff from Kosovo and North Macedonia about government open data policy and NGO outreach in relation to the influence of Covid-19. The aim was to set a community friendly narrative so charity and voluntary organisations would take more interest in open data, both using it and potentially creating it.

As we have seen, confusion in regards to the Covid-19 crisis is dangerous. If this is to be avoided we neednot onlygood data but for this to be presented in a way that we can all understand; this has become a key challenge in ensuring the public is aware of the risks, what risk actually looks like. Without this the outcome has been more infections and loss of life.

The biggest challenge has been one of communication. The image around most data like this is a corporate one; data are usually explained in a technocratic manner, where branding and presentation feels like most open data portals are corporate entities. It is certainly clear NGOs are not their target audience. Yet, open data can be an incredibly powerful tool for civil society and voluntary organisations whether this is about accessing supporting evidence for funding tenders, or mapping social trends, or measuring the impact of their work. The problem is most NGOs either just do not know about this data is available or find it unfathomable.

These issues were reflected within the three events we recently held; for participants transparency and supplying quality education during the pandemic took precedent. As Paulina Behluli of Open Data Kosovo said: “Open data outreach to NGOs is immensely important during this period of uncertainty due to the Covid-19 pandemic. While conducting open data outreach extends the possibility of data-driven approaches and informed decision-making, it also enables a more sustainable, innovative, and transparent ecosystem.”

This is especially the case in the current context, when NGOs need more support than ever. It is imperative we start to think about education and finding tangible ways to include citizens in designing data outreach; if a community has a sense of ownership in regards to designing strategy, they are more likely to stay engaged. As Marija Nikoloska Arsovska, of the Metamorphosis Foundation argues: “Open data shouldn’t be a closed club just for those who are in the know, it should be open to all. From what was discussed it was concluded that it is really important to know your market and to tailor how you explain open data.”

The fight against misinformation needs to include citizens in the journey and NGOs are a good place to start. In Kosovo and North Macedonia, they are perfectly placed to help in amplifying and sharing trusted data, especially as vaccines gets rolled out further in the region.

This mentality can also have an impact on NGOs interested in using open data, hence the work mentioned in this article. If government would like to facilitate that, they need to communicate it in simple and easy-to-understand language, giving NGOs the facts of what it means to them, how it can improve their capacity. The best way to do that is to tailor community outreach away from the technocratic norm with government digital services.

Since the spotlight in the media has been on ensuring the data presented on Covid-19 has been clear and concise so normal citizens can understand, let us hope a positive fallout from this pandemic is that decision-makers can see the value of that and include it in their work.

Nathan Coyle is the Director of not for profit civic innovation New Union and open data activist. He has led various social action campaigns working towards making open data more understandable to NGO organisations along with working with a host of international governments to improve outreach policy in regards to take up from the voluntary sector.