The last 12 months have shocked and stunned so many people.

James Watkins FRSA asks whether Islamic finance could support post Covid-19 recovery while avoiding the mistakes of the Roaring Twenties?

Though the likelihood of a coronavirus outbreak had been discussed in academic circles throughout the 2010s, the fact that such a crisis still wrongfooted so many governments will be scrutinised by many a public inquiry during the rest of this decade. However, now with the vaccine roll-out and the prospect of some form of normality emerging in the second half of 2021, the focus will return as to how we can economically recover. 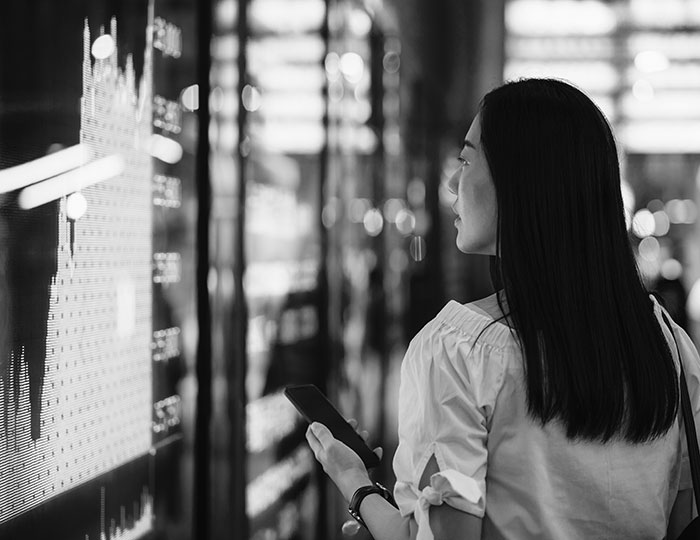 The last time the world economically rebounded from a viral outbreak was exactly 100 years ago, in the 1920s. The ‘Roaring Twenties’ saw a collective desire for life, love and liberty after the misnamed “Spanish flu’ virus led to tens of millions of lives being lost between 1918 and 1920.

That zest for life in the ‘20s – after the horrors of the First World War - led to wild parties, great fashions and swing music. But it also led to overleveraging, unsustainable speculation, runaway inflation and – eventually – the 1929 Wall Street Crash followed by the Great Depression. In Britain, whilst the good times seemed to return in abundance for some, we also saw a growing north – south divide with the wealth gap growing ever wider and the 1926 General Strike culminating in the following decade with the 1936 Jarrow March.

So, with the expectation that there will be a long-expressed sigh of relief echoing around the world in late 2021, traders are already baking in a Roaring Twenties style boom on the money markets, with some foreboding as to what would happen next.

I can now see many an RSA reader exclaiming at their mobile phone or their laptop that we now live in a different age and the problems of the 1920s will not mirror that of the 2020s.

However, have we not experienced the 2008 global financial crisis and is not the legacy of that calamity still working way through our economy? In December 2020 Unicef made the decision to address food hunger in Britain a UN report, just a few years ago, laid out the problems of UK deprivation, including the revelation of a rise in the number of people suffering from malnutrition.

As we continue to work through the intricacies of Brexit and the challenge of post Covid-19 economic recovery, the synergies between the Roaring Twenties and the 2020s may become too close for comfort. Of course, unlike the 1920s, we are now conscious of climate change and we know a business as usual approach was, therefore, never on the cards. That is why this is the time for all of us to map out a better recovery from this pandemic.

The RSA has championed doughnut economics where Kate Raworth has challenged decision-makers to consider what is and is not sustainable and to develop an economic system based upon these parameters. Amsterdam is one of the first cities in the world to embrace doughnut economics with its day-to-day operations.

There is also the concept of the circular economy which was highlighted during the talks in the immediate run-up to the 2015 Paris climate change agreement and which forms part of the thinking behind the RSA’s Regenerative Futures programme. Could the reuse of resources help contribute to economic – as well as environmental – sustainability?

A role for Islamic economics?

As laudable as the concepts of doughnut economics and the circular economy are, they do not necessarily provide an answer as to how to engineer financial incentives to ensure we can aim for a sustainable world.

Whilst advocates of the circular economy can cite corporate backers for their theory, the nature of the business cycle and the incentives of market-driven capitalism are not fully aligned to meet the challenges of climate change; let alone meeting the need for a robust economic recovery plan post Covid-19.

There is one economic system that does offer these answers but is often overlooked in these debates. That system is Islamic economics, which is the very foundation of Islamic finance. Far from Islamic finance being a repository for niche products, it is part of the mainstream financial services industry in a number of countries such as Malaysia and Indonesia. Today, the Islamic finance industry is globally valued at US$2.05 trillion.

Though the genesis of the industry is tied to the revelation as communicated to the Prophet in seventh century Arabia, the industry that we know today only really came into being from 1975 with the foundation of the Dubai Investment Bank. Today, the strength of the Islamic finance market can be witnessed across the world - from the gleaming towers of Kuala Lumpur and Dubai through to the trading floors of London, Frankfurt and Tokyo.

What makes this sector so successful? More importantly, how can Islamic finance contribute to environmental and economic sustainability?

Islamic finance has a rich structure and robust set of values which, at first glance, seems almost utopian. It embraces the profit motive but prohibits investment in sectors that are deemed unethical such as selling arms and gambling. It encourages long-term investment but prohibits short selling. It focuses on returns to investors from the success of a business but rules out returns that are based on interest.

In short, Islamic finance is a fundamental challenge to business as usual. It embraces the positive nature of investing for long-term growth whilst stopping businesses from being obliged to pay interest based loans that may have no bearing on current commercial performance. There is also no conflict between ethics and enhancing profits as can be seen with conventional finance. In addition, Islamic finance is structured in such a way that it encourages long-term investment rather than making money at the expense of a company or a nation.

On the surface, this utopian system of ethical capitalism also seems to be highly profitable. For example, global sukuk (Islamic finance bonds) surged at a record 25.6% to close at US $399.9 billion as of 2017.

There are critics who claim, with some justification, that Islamic finance is no ethical panacea. Whilst this model can be structured for long-term investment, in a number of markets, such as the UK, the sector is largely focused on short-term financing.

However, we are beginning to see a shift within the Islamic finance industry. More and more of the industry participants argue that this is the time for the sector to focus on long-term ethical finance. It has the structures, the values and the capability to make this work. Change has begun in the industry with Islamic finance firms considering how the special structures and operation of the sector can meet the needs of businesses and consumers of all religious, ethical and humanist persuasions.

Far from Islamic finance being a niche product, it is now part of the mainstream financial services products being offered in south east Asia and the Middle East. This is changing the political economy of these regions where issues to do with equity, social justice and fairness are part of the everyday discourse in respect of the operation of a household or a country.

This is not to say that Islamic finance in and of itself has engendered a fairer society. Concerns about corruption in Malaysia or human rights abuses in the UAE still exist. What has changed, however, is how Islamic finance is altering the framework of the debate where ethical considerations are factored alongside competing societal forces.

In the early 1920s, there was talk of a new beginning following the tragedy of a viral outbreak. Instead, the economic boom led to an economic bust. This time, we can learn the lessons from doughnut economics, the circular economy and Islamic economics so that we really are prepared for the Roaring 2020s.

James Watkins is a Fellow of the RSA and a Lecturer at Regent’s University London. His book, Islamic Finance and Global Capitalism - An Alternative to the Market Economy has recently been published by Palgrave Macmillan.