Face up to climate change

Dr Peter McManners FRSA argues that those people who describe our current predicament as a climate emergency, are not exaggerating; this is an emergency, and it requires an emergency response.

I hardly need to explain to Fellows of the RSA that climate change is a clear and present danger to society. Those who describe our current predicament as a climate emergency are not exaggerating; this is an emergency that requires an urgent response. 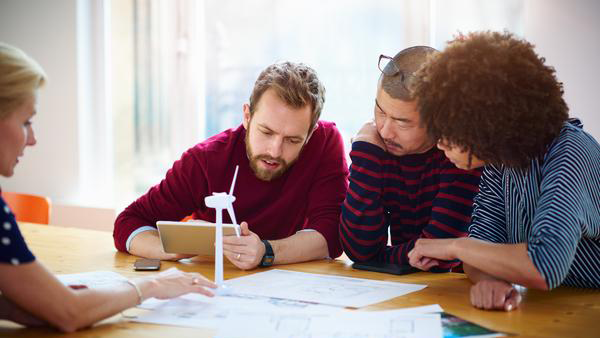 The world has shown that in the face of the clear and present danger of Covid-19 incredible ingenuity can be mobilised leading to rapid action. In the past, it would have taken many years to develop and deploy a vaccine. In response to the crisis, scientists and policymakers have developed, tested and authorised a number of vaccines in little more than a year.  Some countries are well advanced in the vaccination of their most vulnerable members of society. For many nations, the end of the pandemic is now in sight.

The climate emergency is no less serious, but the consequences are in the future and many people believe it will not affect them. It may be a slow emergency but the outcome could be grave. We should be in no doubt that everyone will be a victim, directly or indirectly. The gradual warming seen so far could reach a tipping point beyond which it rapidly and irreversibly (within the human timescales) transitions to a different climate. The planet will survive, of course, but its ability to support human habitation will be put at risk. Low-lying land will be lost as sea levels rise and coastal cities swamped. Some regions of fertile agricultural land will become deserts. This is not just a risk to remote far-flung corners of the planet; this could apply to parts of Southern Europe or the Great Plains of the United States. There is no certainty of the outcome as we push the reset button on the planet’s climate and wait for our reckless experiment to play out.

Facing up to climate change means above all understanding the reality of our situation and accepting the need for unprecedented action. We know the cause is our addiction to fossil fuel. We know the solution is to stop burning it. A few simple calculations help to clarify our thinking. Through the mechanism of the United Nations Framework Convention on Climate Change (UNFCCC) a consensus has been reached that 2° of warming is the upper limit to avoid dangerous climate change. Climate scientists have calculated that this equates to 450 ppm CO2 in the atmosphere.

A few more simple calculations, drawing on the detailed analysis by the Intergovernmental Panel on Climate Change (IPCC), show that we would reach this level by burning all known reserves of gas and conventional oil. The logic is simple: we should stop exploration and close down other sources such as coal. In addition, the dirty and inefficient process of fracking and extracting oil from tar sands and should have no place in the future economy. Complying with this transparent logic is not a decision for the future, but needs to be taken now.

There is a precedent to show that the world can tackle successfully environmental emergencies. When the ozone hole was detected over Antarctica in 1985, the world recognised this as a clear and present danger to humanity. In the space of little over two years, the world agreed to robust limits on chemicals, which damage the ozone layer. It succeeded because it focused on the chemicals causing the damage.

Climate change is more complex because CO2 is a normal component of the atmosphere. Discussion can be sidetracked by aspects of the carbon cycle, ranging from forests to flatulating cattle. CO2 is not the problem. The problem is excess CO2 caused by the release of fossil carbon from the Earth’s crust into the atmosphere. The focus should be on closing down such activity. We should not get distracted by complex discussions that hide this fundamental truth. The clear logic is to limit fossil-fuel extraction on a timescale, which keeps CO2 in the atmospherebelow 450 ppm.

The Covid-19 crisis was solvable; the climate crisis is too. The key is to accept that this emergency requires bold and determined action. We are fearful because the current economy is hugely dependent on energy from fossil fuel. That fear is misguided, and should be replaced by enthusiasm for building a vibrant low-carbon economy. A single-minded focus on closing down fossil fuel extraction provides the framework. There would then follow a whole range of consequences for business, government policy and indeed lifestyle.  These will be significant, but we should have the confidence that they can be dealt with. We may not know exactly how, but the shape of the new economy is starting to emerge. There is good reason to suppose that it will be better, cleaner and more sustainable.

The oddity of the climate debate is the complexity it has attracted when the solution is surprising straightforward. It is staring us in the face. We need to get on with curing fossil-fuel dependency, and finally face up to climate change.

Peter’s book, Face Up to Climate Change: Demand Change NOW (illustrated by his son Thomas) was published in 2021.