How should civil society respond to the latest events in Myanmar’s long history of struggle between military and democratic forces?

Will Paxton of Kivu International – which has run a programme supporting a diverse range of think tanks in Myanmar for the past three years – explores.

Early in the morning on 1 February the Myanmar military arrested Ang San Su Kyi as part of a coup that upended an era of democratisation in Myanmar.  This seizure of power is the latest chapter in a long history of struggle between the Tatmadaw – Myanmar’s military – and democratic forces.  But unlike previous periods of military rule, it comes after a period of Myanmar opening up to the world.  All the young protesters risking their lives on Yangon and Mandalay’s streets have known life under an emergent democracy, with a relatively open media, and a vibrant civil society. 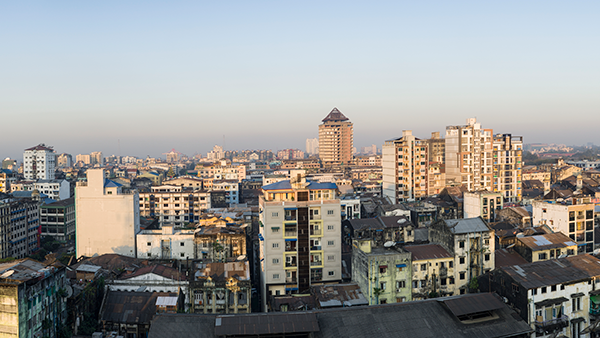 The continued street protests and Civil Disobedience Movement – with thousands of medical staff and other civil servants staying at home – will test the military’s authority and grip.  Democratic forces may yet win out. Optimists hope a confluence of economic collapse, potential concern from China about the Junta’s ability to ensure stability, and a flare up in some of Myanmar’s many ongoing conflicts may result in the coup’s failure.  The military’s writ already fails to run across swathes of Myanmar controlled by armed ethnic groups. But even most optimists think the struggle will take time to play out; few expect a military climb down any time soon.

The organisation I work for, Kivu International, has witnessed how local partners, many of whom have become friends, have had their world turned upside down. As part of Myanmar’s ongoing transition from international pariah to fledgling democracy – with the 2007 Saffron Revolution and Aung San Su Kyi’s National League for Democracy’s landslide win in 2015 being major staging posts – civil society has been transformed.  Despite challenges and often uneasy relationships with the NLD government, it has been immeasurably enriched and deepened. In the case of think tanks before the coup, Myanmar saw a period of thousand flowers blooming.  New organisations sprung up, vying for attention, while older ones evolved as the countries democratic transition continued. Meanwhile, international donors have invested heavily in the capacity and impact of civil society and think tanks.

Each organisation’s history and political position is shaping how it responds to this critical juncture in Myanmar’s history.  Some think tanks have close ties to the Union Solidarity and Development Party (USPD), the Tatmadaw’s political party which in Trumpian fashion alleged voter fraud after NLD’s second landslide win in 2020.  They were prominent under the relatively benign military rule of Thein Sein, between 2010 and 2015 but their political positioning now leaves them starkly at odds with most civil society organisations.

Far more common are think tanks that are firmly aligned with Myanmar’s democratic project.  Far more common than engagement with the government is anger and frustration. This group, often staffed by idealistic young people, face a series of humbling challenges.  As individuals they face the risk of arrest; one of our local partners was closely tied to the NLD and Sean Turnell, their Research Director and an Australian national, is now under detention in Yangon. They also face existential judgements on they respond to the coup.  Some organisations have little choice, but to shut-up-shop and put everything on pause, as was the case with the think tank where Sean Turnell worked.

But others have to decide how to continue their work in the face of an oppressive and hostile regime. They are weighing up their strategies and tactics for survival, and their responses fall into one of two broad camps.  The first camp is one of direct action. Fuelled by anger, their singular focus is supporting the Civil Disobedience Movementor the NLD led shadow parliament, the Pyidaungsu Hluttaw.  They know this makes their organisations and workforce potentially vulnerable and that they are risking the very existence of their organisation. Something which has been a labour of love over many years could be forced to close. Despite this, their judgement is that the risks are worth it. Indeed, they feel they have no choice.

The second camp is trying to play a longer game.  Their hearts are in a similar place, but either with an eye on personal safety or on their medium-term strategy, they are being careful not to directly challenge the military.  They want to survive, but not at any cost as their aim is to defend their organisation so it can be part of the longer-term struggle to protect freedoms and to fight for democracy. Some will look to conduct research on important but less politically charged topics, for example, the fallout from Covid-19.  This can mean hunkering down, building organisational skills and capacity, ready for better days.  Others are thinking hard about alternative futures for Myanmar, for example, on what a democratic federal future could look like when an overstretched Tatmadaw is forced back to strike another deal with the NLD.  Or it can mean moving to focus more on local service delivery.

There are no clear rules or precedents to help decide which camp to be in and, to make matters worse, the context remains hugely volatile. In a few weeks’ time the junta could have raided more civil society organisations’ offices, or there may be a run on the banks.  No one knows how the context may change within the space of several months. Organisations in both camps may find themselves forced to leave Myanmar to operate freely.

There are pressing questions for international donors too.  Few if any countries will want to support activities which legitimise the junta but how can funders who have invested huge amounts of money into Myanmar – through years of supporting and building the capacity of think tankers, advocates, and community groups – operate in this new world?

First, this period demands openness to innovation.  In previous periods of military rule parts of Myanmar civil society have decamped to neighbouring Thailand and further afield.  In the coming few years the diaspora will likely be important again and the landscape for civil society organisations will change, as it adapts to the fluid context. Formal organisations may disband but try and operate as looser online networks and a new generation of leaders will emerge from today’s protests. Responding to changes like these will require flexibility and innovation from donors.

Second, donors have a responsibility to defend civil society organisations and think tanks. Having invested heavily in building up Myanmar’s civil society, it would be a folly to now abandon it out of caution.  While there are of course risks, and these need to be carefully managed; if Myanmar is to have any chance of returning to democracy in the future, it will need a strong cohort of civil society organisations and leaders to help lay its foundations… once again.

Will Paxton is Director of Kivu International, an organisation that specialises in supporting locally-led policy change, including by partnering with think tanks.  See www.kivu-international.org