What did ‘Everyone In’ teach us about homelessness?

So, what did we actually learn from the government’s ‘Everyone In’ initiative that sought to give people sleeping rough in Britain somewhere to stay?

Paul Atherton FRSA, who has been homeless for 12 years, explores.

I am sure like me, you are wondering why it took Britain a global pandemic, a nationwide lockdown, plus over half a century, to go: ‘You know how we could end homelessness? Give homeless people homes.’ Which is in essence, exactly what the government's initiative, Everyone In, was designed to do. 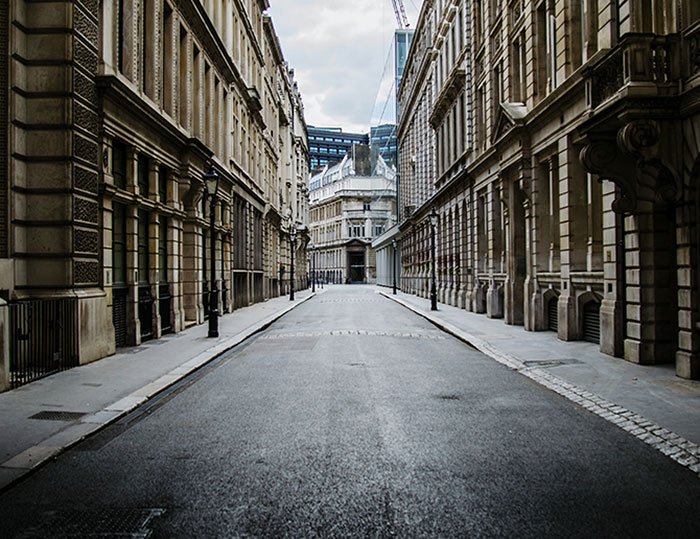 It was 1966 when Ken Loach's BBC Wednesday Play, Cathy Come Home first brought the problems of modern homelessness to the attention of a British public and spawned the major homeless charities Shelter (1966), Crisis (1967) and St. Mungo's (1969). Ironically all those organisations were initially founded to provide temporary housing for those experiencing homelessness but they have all morphed into something else, which may help us understand why the problem persists.

Shelter doesn't offer any (as well as housing advice it is a lobbying organisation). Crisis isn't good in one (as well as providing advice, it provides basic working skills for homeless people). And St Mungo's and Thames Reach (1984) are avoided like the plague amongst the experienced homeless people I know (in part for assisting the Home Office to deport those experiencing homelessness).

In my view, charities should only be formed when a social issue is too insignificant for a government to intervene. Perhaps when these charities were created there was a suggestion that the problem they set out to tackle was a small one.

This might help explain why Parliament thought there were only about 4,500 rough sleepers in the UK, yet housed over 37,000 of us under Everyone Inand that was by no means everyone. I am an ambassador for Groundswell and a collaborator with the Museum of Homelessness; we have noticed huge increases in the numbers on the streets during lockdown. Given a street count done in autumn 2020 showed over 2600 people sleeping rough, the actual number is likely to be 10 times higher than pre pandemic estimates.

The reason for this disparity? Rough sleeping counts mainly tend to find people with drug or alcohol addictions and those suffering with mental health problems. If you do not have these problems, you tend not to engage with the type of homeless services that collate street count numbers. Nobody was aware we existed until Covid-19 brought us all into hotel rooms for lockdown.

This inaccuracy also skews the research into the causes of homelessness. In the 21st century these causes include a poor welfare service, benefit caps, a housing market that advocates insecure tenure (six months is a rich person's holiday let), a financial system that only favours the banks (I lost my home over a credit file error) and a bureaucratic nightmare when it comes to getting public sector assistance.

In the last 25 years we have seen the DWP, which Demos concluded is "unfit for purpose", go from worse to worse. Meanwhile, Universal Credit, which itself isn't universal, brings with it issues of digital exclusion, delays, sanctions and cessations. These draconian measures are reminiscent of Victorian Scrooge's ‘deserving’ and ‘undeserving’ poor, while in the UK, we still uses the Georgian Vagrancy Act to make it a criminal offence to be penniless and clear the streets of homeless people.

It takes six weeks to pay Universal Credit and even then you can get benefit sanctions if you're 12 minutes late to an appointment or – as in my case – on numerous occasions, receive no disability benefits for over a year at a time because the condition I suffer with, ME/CFS (Myalgic Encephalomyelitis/Chronic Fatigue Syndrome), sometimes prevents me from getting to DWP/ATOS medicals, to assess how my condition affects my everyday life. The result has been that the DWP stop what is rightfully mine. Not even Kafka could have imagined this system.

Then there are no fault evictions, the erasure of the long-term tenancy, the issues of Buy To Leave (buying properties not to live in or rent out, but to use as collateral), the rise of Airbnb and the 1.8 Million Buy to Let Landlords in the UK (many of whom do not pay their taxes) and the developers who are let off their social housing obligations. All these factors add to the reasons for the huge number of people experiencing homelessness today.

The biggest problem of Everyone In lies in the difference between the reality and the perception generated by the government and the media. For example, the ad-hoc approach by local authorities in the UK allowed for good news stories in Shrewsbury (Hotel becomes global news story) to drown out the complete and utter failure of the scheme in London’s Westminster, which according to their own figures only rehoused under 2% of its street homeless population.

Anybody who believed Britain had taken the Finnish Housing First approach to Everyone In – getting people inside, then surrounding them with the support they need – is sadly living in a fantasy world too. By week two a third of the residents (about 50 people) I shared space with in central London were evicted for arbitrary infractions like being drunk, high or smoking cigarettes in their rooms.

The important thing to remember about Everyone In, it was a slogan, not a policy. There was no real legislative change behind it. It only lasted from 1 April to 30 June 2020 and it was never reinstated. Money was passed to local authorities to fix the problem (which were blamed if they failed) and very little got down to the actual people experiencing homelessness. Funds paid for initiatives, research, staffing, admin, HQ rental and exorbitant temporary accommodation costs.

Which is strange, because research from around the world including here in London stated the best way to assist those who are homeless is to give them the money (or access to it) directly.

So, what did I learn from Everyone In? First, that money is no object. Every homeless person would have been entitled to Housing Benefit if they were housed. In my case that's £130,000 in benefits (£255 Local Housing Allowance × 52 weeks x 10 years) that should be saved and available to me somewhere.

Second, that if you pay people securely and focus on health and stability and avoid the word ‘work’ being anywhere near the word homeless, you create the right surroundings for recovery and societal contribution. In the 12 years I have been homeless, my creativity endeavours have been screened in the Leicester Square Odeon, performed at the Camden's People Theatre and shown in the [email protected] on the Southbank. My work has been collected into the Museum of London, the BFI British Film Archive, the Museum of the Home, the Museum of Homelessness and will shortly by added to the Cartoon Museum. My writing has been read in the Guardian, The Bureau of Investigative Journalism, on Tortoise Media, at the Bristol University Press and is about to be published in the British Academy. Yet, the state was desperate to get me stacking shelves at Tesco.

Third, that we are not as short of housing as we think. Empty homes in the UK are a huge problem; we have over 650,000 flats and houses lying vacant in Britain. All councils including Westminster used to have an Empty Housing Officer but like many others, theirs was disbanded in 2010?

And finally, we learnt that getting rid of bureaucracy and bureaucrats gets results.  The reason people got into hotel rooms is because we threw the rule book out of the window and just focussed on the outcome.

As I told Bob Blackman in the House of Commons when he was developing his homelessness bill in 2016, we do not need more legislation but less; if he had listened I would probably be housed by now instead of facing yet another eviction on 31st April 2021. But why listen to someone actually living the experience? What do I know?

Paul is a social campaigning film-maker, artist and playwright. He has been homeless for 12 years, caused by a credit-file error preventing him from renewing his tenancy on an apartment on the Southbank, London in 2009. When lockdown was declared he was sleeping at Terminal 5 Heathrow Airport, which had been his bedroom for the past two years and was taken into accommodation under the Everyone In hotel scheme. Since July 2020 he's been battling unsuccessfully to get Move On assistance from Westminster Council.