Tim Heywood FRSA explores past attempts to push for a UK Constitution and explores, what its purpose might be, how it would be enforced and by whom.

I am not alone in thinking recently about what a new Constitution for the UK might look like. This is a topic that crops up from time to time, usually when something has happened in the life of the nation that throws up specific vulnerabilities or deficiencies in our current constitutional arrangements. The question was posed by the Institute for Public Policy Research (IPPR) in 1991. They went so far as to draft an excellent, full version of a Constitution running to 299 pages, offered on the basis that “…an example would advance the public argument more effectively than further general discussion of the problems which it raises and attempts to resolve”. 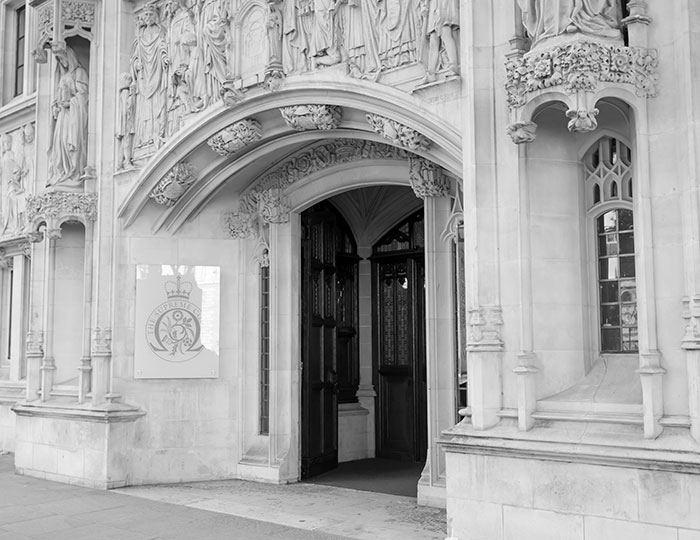 Another concerted effort is the Citizens’ Convention on UK Democracy, which aims to “learn from the best examples around the world and work over two years to forge a new partnership between our elected representatives and the people”. The project, which is supported by cross-party group of senior MPs, set out to address a raft of issues including: reviewing the powers and membership of the second chamber; proposing new ways of funding political parties, and exploring the relationship between central and local government, and the question of devolution for England.

There are other examples over the decades but none has resulted in any political progress resulting in a fully codified set of constitutional laws. As a result our constitution remains a complex (and, as it turns out, fragile) mixture of written laws, parliamentary procedures, conventions and norms of behaviour that are (together) understood as forming the framework within which Parliament, the Executive and the Courts all discharge their respective functions.

What is needed is a public debate; one that first explores not what the written Constitution might look like if it were ever to reach the statute books (although that is of course essential) but the reasons for having a Constitution at all. It is only then that we can explore the values and shared objectives we would want that Constitution to reflect and enshrine. It seems to me that a constitution needs to have as its foundation the concept of ‘the common good’, identifying and protecting the shared interests and rights each and every one of us has as a citizen.

What is a Constitution for?

As you can see, the Constitution would not focus exclusively on ‘machinery of government’ issues. It can and should elevate some laws to a special status, protecting them from removal or erosion by a government able to command a majority of votes in Parliament. So, to the fairly conventional purposes I have identified above, we might add our own modern day purposes. Why should the new Constitution not put issues such as the protection of the environment; key employment rights, education and social cohesion for example, to the fore, giving them the status of ‘fundamental’ or ‘basic’ laws that may only be changed by a special (say 80%) majority in both Houses of Parliament.

From the UK’s own perspective, a written Constitution would provide more certainty and clarity for UK citizens in a world where long-cherished democratic principles and practices are under sustained assault. In addition, perhaps it should clearly state what kind of role we want the UK to play in the international arena.

The Constitution we are trying to shape might enshrine certain values or principles that must then inform all future law-making. Whilst allowing government and Parliament the freedom to shape specific laws across all aspects of life as they do now, perhaps we now think that some principles are of such universally accepted importance that they should always be taken into account and respected.

Such a mechanism might, for example, serve to ensure that, even if legislation were passed by a majority in Parliament, it would have no effect if the legislation permits or encourages racism or homophobia for example. It might reflect some of the key objectives that we see in the Equality Act now. The Human Rights Act is also a source for other basic values, rights and freedoms (such as the right to freedom of expression, freedom of religion and so on) which the Parliament and civil society – as well as healthy democracies across the world – all agree are fundamental to maintaining a civilised society.

Perhaps one over-riding objective might be to ensure that everyone in the UK (citizens or not) will enjoy the rights and freedoms necessary to enable them to participate fully and freely in a peaceful, open society.

But how would this be enforced?No matter how many rights you might have on paper, if you are denied access to justice then those rights are meaningless. This is particularly the case when the citizen is trying to exercise individual rights but is facing resistance by a state body (examples could include a prisoner seeking parole, a patient seeking release from an order under the Mental Health Act, or someone seeking a British passport). Access to justice requires funding. It must not be the preserve of the better off. Can we devise a reliable mechanism that ensures we can always enforce our Constitutional rights?

But it is also essential that, even if you and I do not as an individual have a particular right we want to enforce, we are able – where action is taken by the government, which we believe is contrary to the Constitution – to ask the Court to rule on its lawfulness or otherwise. Such a proposition would cover, for example, the proposal by Teresa May’s government to send the letter under Article 50 of the Treaty on the Functioning of the EU(giving notice of our intention to leave the EU) without first obtaining the UK Parliament’s approval). It should not be possible for the government to raise a technical defence denying a citizen the right to challenge.

And who will hear our case? Many commentators believe it is inevitable that with a written Constitution comes a need for a dedicated Constitutional Court consisting of our most senior judges, with its own set of procedures and powers. That is almost certainly true, but how would this differ from our current Supreme Court?

When thinking about these issues I have set myself the over-riding aim of ensuring that whatever goes into a written Constitution must meet the test of being for the Common Good; that is to say it must meet the needs of a modern, democratic society as a whole not the vested interests of a few.

In future posts I will explore these questions further and try to reflect your comments, suggestions and observations on the initial thoughts set out here.

Tim Heywood FRSA is a partner at Gunnercooke llp, specialising in public and administrative law. He is a former senior government lawyer. He is also the founder of thecommongood.org.