An inquiry into the pandemic must put bereaved families first

Nazir Afzal OBE is a solicitor who was Chief Crown Prosecutor for north-west England from 2011–15. His book, The Prosecutor, is out now.

During the second wave of the pandemic in the UK, 2,000 families lost a loved one every day. In total, almost 130,000 families have suffered loss, including my own. We are asking whether our government could have done anything to prevent so much loss, and we need answers. 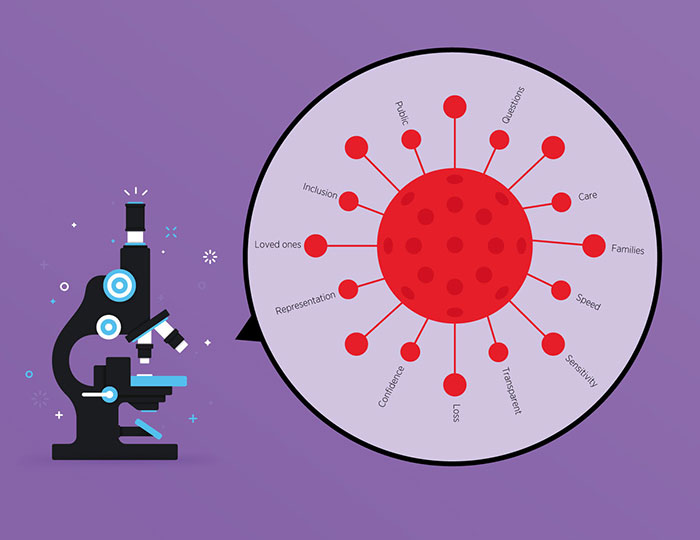 The government has belatedly committed to a public inquiry despite having been urged to do so last year. This is not surprising: what is clear is the UK’s response so far has been neither well prepared nor adequate. The weakness of the country’s pandemic preparedness was exposed in 2016 by Exercise Cygnus but was ignored.

Part of the problem is ideological. The government has an aversion to ‘large state’ infrastructure and will always be late/reluctant to put rules or restrictions in place. It sees direct management of the population as a failure and this led to non-existent border controls for much of the past year and the internal spread of the virus, with devastating effects. The advice was for people to stay at home if they got Covid-19; for some, hospitalisation came too late. My brother did not get into hospital. He died at home, alone.

The government seems to have a low level of respect for local authorities and, with that, for public health leadership. While African nations seem to have controlled the virus through their well-established screening networks across villages – set up in response to Ebola and AIDS – in the UK, public health systems were marginalised.

Many bereaved families feel there was no support for us, no general kindness or thought to how traumatic it was to be refused things such as being able to say goodbye to a loved one. Burial rights and other mourning rituals did not happen. The impact on vulnerable cohorts, including Black and Asian minority groups, was obvious almost from the beginning, and yet nothing was done.

I could go on. The point is that the inquiry needs to start and should closely involve the public and bereaved families. Historically, an effective pandemic response requires speed, clarity, willingness to accept mistakes and a commitment to international cooperation. If they are to rebuild trust, politicians and their advisers need to share the uncertainties that inform political decisions and must not hide behind science to avoid responsibility.

The inquiry must explicitly recognise and explore the different impacts on different communities. In its framing, it must question the narrative that is treated as established ‘fact’ around key timelines, including when Covid-19 actually arrived in the UK.

Questions about whether we got the timing right, locked down too late and could have prevented deaths will be headline issues. Initially, we were told not to wear masks. Why? We need to look at whether or not decisions were made through the lens of equality. What the NHS did or could not do will form a substantial part of the inquiry.

There will be big questions about the relationship between the government’s prioritisation of short-term economic recovery over lives, and the longer-term impacts this is likely to have.

There should already have been a rapid review so that mistakes could be identified and resolved in real time. The government has suggested this is an exercise to apportion blame, a reflection of how little they trust the inquiry process. But it can be done. In the immediate aftermath of the Hillsborough disaster, Lord Justice Taylor conducted such a review lasting 31 days, delivering urgent recommendations that were implemented with speed.

As for the full inquiry, we must learn from Grenfell, where the legal representatives of the bereaved families were not able to ask a single question during the inquiry. There must be meaningful participation.

Grenfell was beset by poor and inappropriate facilities for the families. These things need thinking through alongside the scale of the project needed to find an inclusive solution. As well as livestreaming to the wider public to ensure transparency and accountability, sensitivity is needed to ensure that families have overspill space, given that some of the evidence will be deeply upsetting.

As with Grenfell, there should be a wide public consultation about the terms of reference. This needs to be done in two stages, with a second round of representations likely to gather more nuanced and effective submissions. Funding will be an issue and should be addressed in consultation to gauge the public mood.

Testifying in these massive public spectacles is daunting and risks re-traumatising people, and support for witnesses should be offered as a matter of course. The pen portraits families were permitted to present at Grenfell were helpful. Offers of IT and counselling support should be made for those who are grieving and being asked to recount profoundly disturbing events in their life. Many Grenfell families felt lost and excluded; this must not happen again. A clear communication pathway between the inquiry and families will be essential.

There must not be a massive delay between the end of the evidence and the final report and an interim report and recommendations should be published. The process must not be dominated by lawyers and the inquiry chair should be supported by a panel with public confidence, rather than an imposed judge. Most importantly, we cannot wait years for the process to start and finish.