Do we really need to be warned that the TV and films we are watching might not be entirely factual?

I thoroughly enjoyed the latest instalment of The Crown. Not that I watched it. While I have nothing but admiration for the talents of all those behind the hit series, I could not care less about the real-life royals and refuse to invest my time in their fictional counterparts.

No, what I enjoyed about season four was the media fallout. ‘It’s simply not true that Diana was dressed as a tree the first time she met Prince Charles!’ ‘Lord Mountbatten never wrote to Charles warning him that his affair with Camilla would ruin the monarchy!’ ‘Margaret Thatcher never looked as sexy as Gillian Anderson, even in the dark!’ And so on. So troubled were some by such inaccuracies that Culture Secretary Oliver Dowden reportedly plans to ask Netflix to add a disclaimer to each episode stating that what the audience is watching is fiction rather than fact. 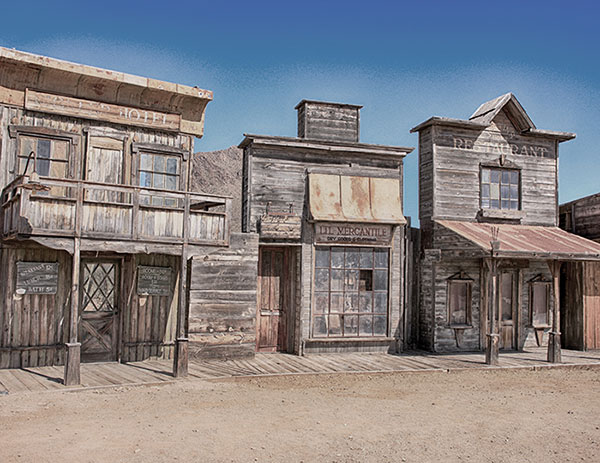 This is a particularly stupid stance and not even a very interesting debate. The big giveaway about The Crown not being a documentary is the fact it is called drama. As the American screenwriter, director and producer Aaron Sorkin said: “People don’t speak in dialogue,” and drama is “a painting, not a photograph”. But the furore did interest me in other ways. Having written for television for 12 years, it seems to me that The Crown discussion does raise interesting questions, about what is ‘real’ when it comes to stories, about who has the ‘right’ to tell these stories and why any of it really matters.

First, let me say that every writer I know is a magpie when it comes to finding material. We are constantly on the lookout for anything that might make a satisfying narrative, be it from our own lives or those of friends and family, as well as things we read, watch or listen to. Stealing is part of the job, as is bending the facts to suit the story. My experiences, or the experiences of others ‘processed’ by me, are in everything I have written, whether set in the more domestic worlds of Casualty and EastEnders, or in the heightened realms of Killing Eve and The Man in the High Castle. In the latter, which portrayed a world where the Nazis won the Second World War and attempted to turn America into a fascist dictatorship, should we have reassured viewers that this did not, in fact, happen (at least, not in the way the book’s author Philip K Dick imagined it)?

I am currently writing a drama for Channel 4 that aims to ask serious questions about the state of our prison system, while hopefully making the audience laugh. I taught prisoners and have been a prison visitor for years. Will a single real person or event feature in the show? Definitively not. Will they be present in every second? Absolutely. When we create a work of fiction, we can never truly quantify what comes from life and what is pure imagination. Does this matter? When it comes to fiction I suspect most people would say probably not. But what about when fiction meets fact?

When I created and wrote The Victim for BBC1, we were mindful of a potential outcry about elements of the plot’s similarity to the murder of James Bulger in 1993. There are similarities to that case – as well as a host of less well-known tragedies – but the story is not ‘based’ on any of them. It is entirely a work of fiction. Part of why I decided to go that way – rather than dramatising a real-life crime – was the freedom this gave me to explore the wider issues I was interested in and the freedom it gave my characters to act in any way that felt true to them, rather than having to honour facts.

Not that anyone truly knows what the facts are. All anybody ever ‘knows’ is how they perceived events. As soon as an event is remembered, even by those present, it is already an approximation of reality; they are already creating a fiction. Their narrative may well be closer to the fabled ‘truth’ than we will ever get from even the most scrupulous researcher but it is still a sliding scale and nobody ‘owns’ it. For me the crucial question is whether people like me have a responsibility to be sensitive.

If a story is deserving of being told, the writer’s only job is to get to the essence of it, to find the/a/their truth. We are living in a period of ‘peak TV’; a golden age if not of quality then certainly of quantity. There is a voracious demand for story, preferably ones with juicy hooks that make us pathetically unable to resist clicking ‘next episode’. It is a world in which intellectual property is everything and a platform (read: existing consumers) comes a close second. This means that screen rights for even average books are selling for ludicrous sums, half-interesting articles are optioned before they have been published and just about any moment or period in human history is being pored over with an eye to its suitability for TV translation.

In this context, ‘reality’ is just about the best intellectual property there is. For risk-averse TV execs perennially nervous about the likes of me possessing the ability to make stuff up, it is incredibly comforting to have a history book as a story bible, and there is no better ‘platform’ than shared experience. And crucially, it ‘works’.

The Crown is only one example. Other fact-based dramas like Narcos, Mindhunter and Chernobyl have also reached big audiences and won multiple awards, and ‘true crime’ has become a successful staple of both the BBC’s, and particularly ITV’s, drama schedules in recent years. And it is here that perhaps the why question needs to be asked most insistently. One of TV drama’s many strengths is its intimacy: it takes us into the heads of other people and asks us to empathise – not in a theatre or cinema surrounded by strangers – but in our homes. So if programme-makers are going to re-enact infamous crimes, then for the sake of all those touched by it, along with the rest of us, surely there has to be a good reason. What is the point of this? Is there one? There should be something demonstrably valuable, a fresh insight or viewpoint, that it is only possible to access by dramatising traumatic events. Is that always the case? No, but then the why question is not being asked rigorously enough when it comes to television, fact-based or otherwise.

Turn on to switch off?

And truthfully, that is what really irked me about The Crown discourse. Is this truly the highest level of debate television can engender now: what was Diana wearing when she first met Charles? One of the main reasons I wanted to write for TV was its ability to create debate about things that matter to all of us. Witness the erudite anger of Boys from the Blackstuff or GBH, the relevant entertainment of Cracker or Shameless. There is arguably more to be angry about now than ever before but is that reflected by what we see on television? Or are we so tired of conflict across every other medium that has grown up in the meantime that we now look to drama only for comfort, to be in someone else’s head primarily to ‘switch off’?

I desperately hope not. But I am not arguing that every show has to have something to say; that would be exhausting and probably joyless (though it need not be), and there is room for every flavour. But we should demand more from drama: from those who make it, those who fund it and perhaps even those who watch it. With empathy in short supply in so many ways right now, any mechanism that has the ability to deliver that magic element should take that responsibility seriously, and drama has the power to put us in the shoes of other people like nothing else.

Of course, I am in favour of pretty much any debate about any show that hits the public domain. Television drama should be provocative, but preferably not because the man who broke into Buckingham Palace criticises a show for getting the layout of the Queen’s bedroom wrong. In that climate, I think we’ve all been robbed of something.