Waste related crime – including fly tipping – has become a pressing issue for many councils and landowners. Stuart Foster FRSA explores the problem and what can be done.

One of the platforms I am involved in is the Waste Compliance Taskforce (WACT), which launched last November to provide a platform for sharing expertise among all the parties involved in waste crime and in highlighting what is going on. It is through this lens, that I have been looking at the Extended Producer Responsibility (EPR) for packaging, a policy approach that extends the producer’s responsibility for a product to include the management of packaging after a product has been used. 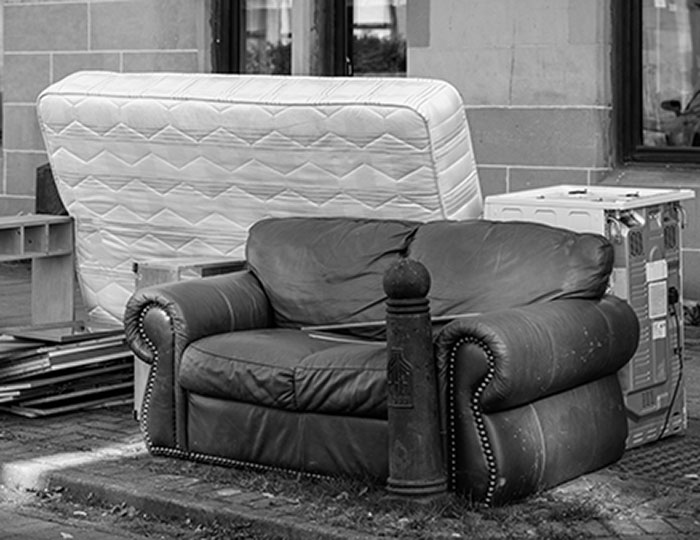 Looking at the current DEFRA consultation on EPR consultation, it is interesting to see references to material quality for recycling irrespective of end destination, additional proposals for packaging recycling reporting requirements, and effective and proportionate monitoring and enforcement powers to drive high levels of compliance and prevent fraud. The consultation also begins to address the digital infrastructure underpinning data required by EPR.

One of the governing principles for packaging EPR is listed as its aim to: “promote compliance and limit opportunities for fraud and waste crime and ensure packaging waste is managed in an environmentally responsible way both in the UK and when exported”.

So why is this reform needed? While clearly these issues around waste need to be tackled, these problems go way beyond packaging. Responsible disposal is the bare minimum acceptable for all end-of-life products and items, preferably with some resource efficiency and circularity opportunities as well. It is estimated that waste crime costs the UK economy around £1 billion a year but it also potentially puts lives at risk and erodes the public’s trust in the waste and recycling sector.

According to BBC One’s Panorama programme, there are more than a million incidents of fly-tipping in the UK every year. This is shocking, especially at a time when protecting the environment seems to be high on everyone’s agenda. What is even more shocking is that the show, which aired an hour-long programme last month featuring the issue of fly-tipping, also highlighted how easy it is for anyone to get themselves a licence for waste disposal.

Licences to transport and dispose of waste are issued by the Environment Agency, who is also tasked with clamping down on illegal waste carrier activities. But it is clearly not the Agency’s fault that licenses issued are being abused by unscrupulous individuals who take money from unsuspecting members of the public to dispose of their waste correctly, then just dump it on a local lane.

So what can be done? While consumer responsibility and accountability needs strengthening in some areas related to general litter, it is not reasonable or realistic to put too much focus on consumers checking their contractors’ credentials. The licensing system is probably too weak and, according to a spokesperson from Defra who responded to the BBC, the government are looking at tightening up the procedure for issuing waste licences.

However, even with this in place, concern remains that the deterrents (or lack of) are actually the problem. According to Panorama, the fines for fly-tipping can be as little as £150. Meanwhile, it will be costing local authorities and private landowners thousands of pounds or more to clear rubbish every time it is dumped on their land. The Joint Unit for Waste Crime, set up by the government last year to tackle the issue of organised waste crime, is working with local authorities to introduce bigger fines. That is great news.

Hopefully more serious penalties combined with a stricter procedure to issue a waste carriers licence will be enough to tackle the issue of fly-tipping. Whatever the government decides to do in the future about this issue, it is clear the regulators need to be given more powers to act, and be bold in using those powers, otherwise we will still be having the same discussions and watching the same TV programmes about waste crime in five years time. Even anecdotal evidence on local social media pages in my area suggests that fly-tipping is still on the rise, and consumers have had enough. While I have great respect for those passers by and landowners featured on the programme who confronted and filmed the fly tippers – a bit like fly-tipping avengers without the spandex suits – this is not something I would necessarily endorse! The featured ClearWaste app looks like a great opportunity to develop too. A free app for licensed waste removal and reporting of fly-tipping.

At WACT, one of the ideas we will be bringing to the table when we next meet is extended producer responsibility opportunities to embrace waste crime reduction across all sectors. It is clear from this programme alone, as well as what we all see with our own eyes in our own local areas, all involved need to come together to deal with the waste crime conundrum.

Stuart Foster is the Chief Executive of RECOUP, a charity aiming to lead and inform the UK’s continued development of plastics recycling and resource management. The BBC One Panorama Programme can still be seen on BBC iPlayer.