Matthew Taylor: How has the Covid-19 crisis changed your thinking as a scientist, a former politician and an academic?

Ilaria Capua: One of the things I would have never expected, and which is probably one of the main drivers of this dramatic situation, is denial.

I spent most of my life working in a laboratory setting to generate evidence on how to prepare for, manage and contain the spread of epidemic diseases and pandemic threats. I contributed to pandemic preparedness documents which implied that all governments and recipients would comply with WHO and international guidelines. Remember the discourse at the start of Covid-19? Many believed that it was not going to spread further than China. And when the virus arrived in Italy, the feeling in some areas of Europe was that this was only going to be an Italian problem. Driven by political considerations and electoral apathy, among other issues, our pandemic preparedness was what it was. But as far as I know, in no existing pandemic preparedness plan were there any instructions on how to achieve general consensus, encourage appropriate reactions and execute the required actions in a coordinated way.

Taylor: It’s a direct consequence of polarisation, populism and fake news, and you yourself have been subject to a fake news attack. One of the lessons is that a world where people politicise facts is a vulnerable world. Do you think that’s the major reason why we didn’t respond in the way that we should?

Capua: We didn’t have a plan to start getting the right information out there in the face of leaders and governments who were often transmitting conflicting messages. It doesn’t matter whether it was deliberate or not, the point is that scientists knew that this was going to happen, but nobody believed us.

There was a lot of work around pandemic preparedness plans in relation to bird flu in the mid-2000s. I pushed for sequence sharing of viruses at a time when that was not being done, and that’s what led to some of the trouble I experienced. I was accused of being a virus trafficker and of wanting to make money out of a business that didn’t exist just because I was trying to promote sharing virus sequences.

This brings us to 2009, when there was a flu pandemic caused by a swine-origin virus. It turned out to be a ‘mild’ pandemic, due to multiple drivers. The first is that it was caused by an H1N1 virus, and although none of our generation or our kids had antibodies to that particular type of virus, older people who had been exposed to the viruses of the tail of the Spanish flu pandemic – which went all the way to the late 1950s – were protected. Therefore, the vulnerable population had antibodies and often didn’t get seriously ill. Second, we rapidly developed vaccines, and then we had treatment options. We got a bit lucky because it was mild, rather milder than predicted. But do you know what this caused? A false belief, leading us to think that we were well equipped for a pandemic response. So replenishing preparedness stockpiles and updating existing plans was de-prioritised. 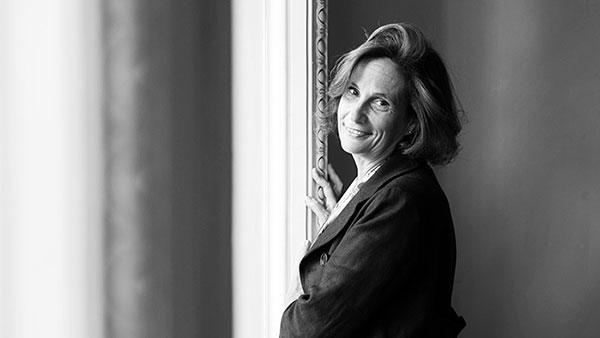 Taylor: Many of the older democracies have coped very badly with Covid-19. Is that partly because, in a democracy, making the case for long-term investment in something that might not happen is simply beyond the scope of our politicians?

Capua: There are two certainties: first, that another pandemic is going to happen; second, that we can’t manage it in the way we did this time because we will not be able to take another hit of this magnitude. My perception is that we are seeing a light at the end of the tunnel, but it’s still quite far away. Covid-19 will be around for years and it’ll be worse in some places and milder in others. Vaccination may work better in some situations than others, but we are living an experiment. Thankfully, pandemic preparedness is now going to be on the global political agenda.

Taylor: Are you concerned that we could learn the wrong lessons because we’ll focus on the narrow rather than the systemic causes?

Capua: Since the year 2000 we have had approximately 10 major spillover events – meaning the jump of a pathogen from animals to humans –that we know about: Ebola (and there has been more than one outbreak of Ebola), Zika, SARS, MERS, and avian and swine influenza. Of these, only one – swine flu – has become a pandemic. Spillover events from animals to humans happen all the time, far more than we can imagine. What fortunately doesn’t happen all the time is the perfect storm where the person who is infected gets sick and spreads the disease to someone else, who spreads it further.

From the virus’s point of view, we are just a machine behind another receptor, a link in the transmission system. The virus connects through the cell receptor and is interested in the cell and its machinery. Subsequently our brains, our bodies – but also potentially the rest of our societal and human experience – are influenced by whether you have the right receptor. This is one of the problems that some of us cannot come to terms with, and is probably the basis of some of the denial.

We have an opportunity right now. People are interested in science because science has suddenly become one of the things that could directly solve their problems. Now is the time to act through people and the awareness that people can impose on decision-makers. Health has everyone’s attention, and we know that economic growth – which is what many people in the world are interested in – is linked to health and wellbeing. We have generated the evidence now that if you cannot guarantee wellbeing there are severe limitations to economic growth. This is the moment in which we can rethink the concept of health and look at it in a different way. The benefits may not be realised immediately for older generations, but will be priority number one for generations to come because they will have so much more computing power and much better, more refined and open data. However, our generation should not miss this opportunity to pave the way.

Taylor: Tell us a bit about circular health, which you have argued is the way forward.

Capua: I published Circular Health before the pandemic, and it has gained great traction recently. In the post-pandemic environment we have a window of opportunity to push a new way of thinking. We should find pathways within governance, research and everyday life that point towards the advancement of health as a system. The realisation of our interconnectivity is perhaps the greatest learning of the pandemic. We should not consider the health of human beings as separate from the health of animals, plants and the environment. This brings us back to the vision the Greek philosophers had of health: an equilibrium between earth, air, water and fire.

Here at the One Health Center of Excellence we have developed a research network which is carrying out interdisciplinary research in a unique convergence effort. The main drive forward comes from an ever-expanding open access environment that allows diverse disciplines to become more accessible to others, meaning we can rethink how we can become truly interdisciplinary. Covid-19 is the most measured event in human history, and we have an ever-expanding computing capacity and dataset; now we just need to roll up our sleeves and see what we can do.

The Circular Health Initiative is busy in several cities in Europe with a network of women (weTree.it) who are promoting replanting and refurbishing green areas. We are also working with New York beekeepers to test their honey and see if there are changes in the quality of contaminants in the honey before and after lockdown. We have a project with the Italian Heritage Foundation, where we are looking at how the ecosystem is resilient in the post-lockdown environment. CERN is one of our partners, and all the data that we generate will end up in its open access portal, Zenodo, so it will be available for future generations.

Taylor: I’m imagining that for you it’s absolutely essential that sustainability is about biodiversity, species protection and ecology protection now as much as it is about the kind of big things you might want to do to reduce carbon emissions.

Capua: Biodiversity is the elasticity and flexibility of the planet. For example, one of the most potent painkillers we have comes from marine creatures. But we are killing jellyfish and coral because the oceans are getting hotter! What will we do when we lose this resource? Reducing the genetic pool of any species is a great impoverishment for the whole biosphere.

The pandemic has basically done the experiment that nobody wanted to do, which is to stop the world and see what happens. Well, we have seen that nature is back and is alive and kicking. If we make less noise, if we pollute less, if we behave more respectfully, the resilience of nature is not 500 years down the line; if we just stop for a few months then things start coming back. We should take advantage of the things that were impossible before the pandemic but now are possible, and capitalise on those opportunities to move in the right direction.

Taylor: There are species becoming extinct this year that could be the species that might save us in a future pandemic. Let’s not keep talking about the big things we need to do to save the planet, let’s also do the small things that we can do now. It should be about making everyone feel involved.

Capua: We are living in the era of populism and post truth. Let’s try for a moment to dissolve the negativity surrounding populism and see if the coin has another side. The bright side of populism could be exactly what you are saying, citizen empowerment. Citizen engagement is essential to Circular Health

Taylor: You’re a scientist, you’re also an actor in the world of the academy trying to change the way the academy works, and you’re a politician. You’ve been a part of all those worlds. What insight has that given you?

Capua: I’m done with being a politician, but the fact that I have had experience of the political system allows me to understand the dynamics of the political environment. I was a victim of populist thinking, so I have looked into that and I have tried to come to terms with what the populist movement means and where it’s coming from. As academics, we tend to dismiss populism as though it were only bad. It’s neither bad nor good; it’s a strength that comes from the feelings of people; it’s a grassroots pressure that affects humanity. That grassroots pressure can be channelled into bad things, such as the events in Washington, DC on 6 January, and good things, such as the empowerment of the population to contribute to bigger change.