A year ago George Flloyd was murdered by police officer Derek Chauvin in the US.

Last year Namusisi-Riley FRSA reflected on the role of White people in responding to systemic racism, and suggested one innovation that could support such a move. Here she charts her progress.

A year ago, the world was forced to watch a man crushed to death by racism. To quote the writer Otegha Uwagba’s brilliant book Whites, George Floyd’s murder ignited “an unprecedented reckoning... abruptly ripping back the bedcovers from the many systems and institutions that have anti-Blackness at their core.”  For me, watching George Floyd die felt like a wound suddenly being ripped open. A chronic wound that your body can’t heal and you have to learn to live with. The pain is already there but goes up a notch to excruciating, leaving you either in a foetal position or screaming for help, depending on how you deal with pain. 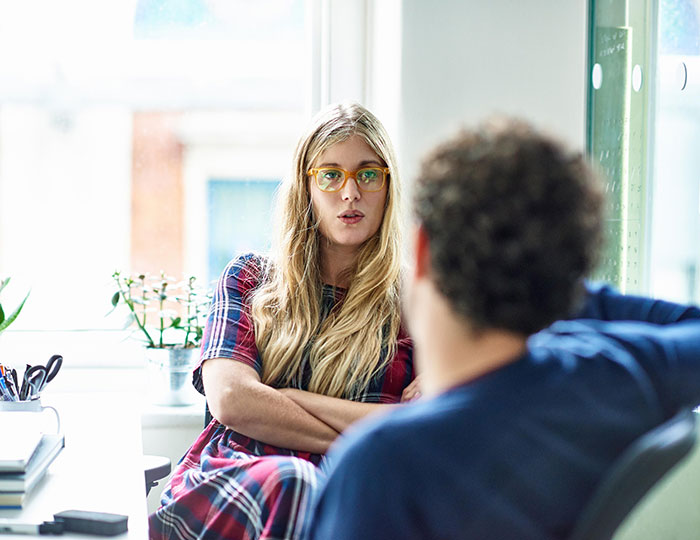 For many White people, the sheer audacity of Chauvin’s crime, and the fact the entire incident was recorded on camera, left no room for justifications. No room for excusing police brutality on the grounds that another (legally innocent) Black citizen had somehow brought their death on themselves. No, White people saw clearly – as Black people have always seen – that white supremacy and racism is a deadly and pernicious social disease; one that claimed the life of George Floyd on 25 May 2020.

As I discussed in my first blog last autumn, George Floyd’s death and its global aftermath caused me to reflect on how to respond to this. I came to the conclusion that Black people cannot alone fight this deadly disease, which is killing us both literally and psychologically. We are tired. Tired of experiencing, enduring, and trying to eradicate racism. The difficult reality is that Black people do not have the societal, cultural, economic or political power to cure the disease of racism in the UK. As long as White people remain at the top of the majority of our institutions of power, we will need to have as Uwagba puts it, “inside help” in the fight against racism. Which is how I came to develop White Allies.

Through this work, I am inviting White people to reflect and share stories of witnessing racism and/or benefitting from their privilege. Stories are a powerful communication tool. They capture our ability to imagine, connect, remember and understand issues in our society and the lives of those affected. These stories will help others connect, understand and acknowledge the unfairness of racism and the advantages of inherent privilege. I hope this will lead to individual white people making conscious decisions to take anti-racist action.

Over the last six months, I have spoken to as many people and groups as I can including doing a podcast interview on Necessary Rebels. With the help of a few volunteers, we have built a website: www.whiteallies.org and started collecting stories from White Allies which will be shared when the website goes live on 25th May 2021, the first anniversary of George Floyd’s death. We can also be found on Twitter and Instagram.

What has changed in the year since George Floyd’s murder, the global Black Lives Matter protests, and since I decided to create White Allies?

Sadly, it seems not much of the talk of commitment to anti-racism we heard from hand-wringing corporations and individuals has turned into action. A lot of it turned out to be optical allyship. The government’s pledge to investigate racial inequalities through an official commission resulted in a report described as “shocking” by the UN Human Rights Council for repackaging “racist tropes and stereotypes into fact, twisting data and misapplying statistics and studies.” Rather than address the issues, which led thousands of people to attend Black Lives Matter (BLM) marches across the country last summer, the government is attempting to restrict the legal right to protest through the Police, Crime, Sentencing and Courts Bill. If passed, the bill will increase the penalty for damaging public memorials – such as the toppled statue of slave trader Edward Colston – with up to 10 years in prison.

It is starting to feel as though the UK is slipping backwards, away from the progress made towards racial equality in the recent decades. The amplified calls for change heard after the BLM demonstrations have been drowned out by a right-wing press decrying the ‘woke brigade’ and claiming it has ‘all gone too far’.

Yet, as I have watched these events happening on the national level in the months since George Floyd’s murder, I have also seen a profound commitment to anti-racism from individual White people sharing their stories of experiencing White privilege and/or witnessing racism.

These stories are honest, harrowing and proof that while racism is a disease that targets Black people, no one is immune from its effects. Many White people are clearly disgusted by this disease yet feel powerless to stop its spread.The stories are not surprising to me as a Black person because I am at the receiving end of it. What is different is that these White people are stepping up and bearing witness to our experiences. In the face of denial, doubt and dismissal, these powerful stories demonstrate what is hidden and affirm the truth of our experience. It demonstrates that a person protected by privilege needs to unlearn and relearn in order to operate in solidarity with a marginalised group.

It is important here to address concerns about White Allies that some of you may have. The function of White people sharing their stories of experiencing White privilege and/or witnessing racism is not simply to absolve White guilt. Nor is it to centre White people’s feelings about racism at the expense of Black people. Extremely valid criticism of the concept of allyship has been made; from performative social media posts that don’t result in any real action, to reproducing imbalanced power dynamics of the White saviour and the Black victim. In the words of Emma Dabiri, “the allyship space is an arena in which White Saviourism flourishes.”

I believe White people reflecting and sharing their stories is not the end goal, but a necessary first step towards true allyship. Even the act of reading the many stories of other White people benefitting from their racial privilege or witnessing racism, will force White Allies to bear witness to the endemic nature of racism in our society. By fostering a community of White people sharing their experiences, the narrative of racism being a ‘Black issue’ will radically shift, which will in turn lift the burden from Black people. We are repeatedly gaslit when our experiences of racism fall on deaf ears and are ignored, diminished, or explained away. It is much harder to ignore this evidence of racism when White people are corroborating our experiences with their testimony.

Finally, I believe White Allies sharing their stories will expose the more profound consequences of individual bigotry and prejudice: systemic racism. Systemic or institutionalised racism is, after all, perpetuated by individual people who make up a system. Whether it is our police, courts, or medical and education systems, these are not abstract structures or machines, but workplaces and service providers staffed by and used by people. While ‘changing the hearts and minds’ of White people may seem like a waste of energy that should be directed at systemic change, the reality is that systemic change will inevitably involve the people at the top who have the power to do so; the majority of whom are White.

Do I think White Allies will get the backing of every white CEO, MP, judge, headteacher, television executive and other senior figure in our society? Of course not. But by building a broad coalition of White people from all backgrounds, across all sectors, who acknowledge racism in this country and want to see its end, I believe it will be impossible for those ‘at the top’ to ignore the demands Black people have been making for years.

Likewise, the statistics that demonstrate institutional racism in the UK are often taken in isolation, detached from the individuals working within systems that result in such inequality. However, when these statistics are read alongside testimony from individual White people who can attest to racism within these institutions, perhaps the scale of racism in this country will become harder to ignore.

By way of example, some stories White Allies have received:

“A surgeon operating said to the whole room while patient was under sedation while cleaning his skin, ‘This race is the most filthy’. It was a Black patient. I am a nurse.”

“I have witnessed a senior nurse in A&E treat a Black woman in pain with neglect on purpose.”

“I have witnessed racist jokes said to me and in my presence by other nurses throughout my career. I am a White nurse and my husband is a Black.”

“So often I have seen Black women being marginalised in the health care system in which I work. I have tried to redress the balance by actively discriminating positively so that we are taking more care with Black women, but since the pandemic and now our criteria for inclusion in the group I work in have become so tight, it is happening again.”

If these White people working in our medical systems have all witnessed these incidents of racism by healthcare providers, is it really that surprising that Black women are four times more likely to die in pregnancy or child birth?

“When I was 15 I was caught shoplifting a t-shirt. I was terrified and immediately started crying. While the shop attendant was angry at first, they quite quickly took pity on me and let me go without calling the police or even calling my parents. I know this experience is down to my White privilege.”

“Several years ago, I was dating a Black man. As we were walking home one night, a police car stopped next to us. He rolled down his window and called me over and asked me if I was ok, if he was bothering me.”

“I live in Brixton and regularly see young Black men stopped by the police in the street. They are almost the only group in society that I see stopped in this way. I once saw a man in great distress being arrested.”

“I did jury service about 25 years ago. I was on a jury with 11 White jurors and one Black juror. The jurors seemed like decent people. It was short case, and we were called again. This second jury was made up of most of the same jurors as the previous one, but without the Black juror. One of jurors made racist comments about the defendant in the second case and she had not in the first case when there was a Black juror in the room.”

White people must be actively involved in the fight to end racism, to lift the burden from those of us suffering its effects, and quite simply because White people have the power to do so. I have hope that a cure for the deadly disease of racism is possible, but it cannot be fought for by Black people alone.

Josephine is a wife and mother of three children aged 21, 17 and 15 years. She started her career in the UK as a volunteer and subsequently as an Advisor with the Citizens Advice Bureaux. She then worked in the HIV voluntary sector for 15 years supporting people living with and affected by HIV/AIDS. She moved on to work for a children’s education Charity School-Home Support and currently works for Citizens UK as a Project Lead for the PACT (Parents and Communities Together) project in South London.