There is a certain irony that the concept of ‘inclusive growth’ has often, in its application, been imposed top-down. In research and practice, inclusion has often been interpreted simply as a principle by which the proceeds of growth should be distributed, rather than a deeply embedded component of economic design and development.

This is why, in 2019, the RSA identified ‘inclusive voice’ (by which we mean equitable and influential public participation in economic policymaking and decision-making) as a key pillar of inclusive growth. Just as unequal economies usually have power structures that exclude many people from involvement in decision-making, we know that more inclusive decision-making often prefigures a more equal society. 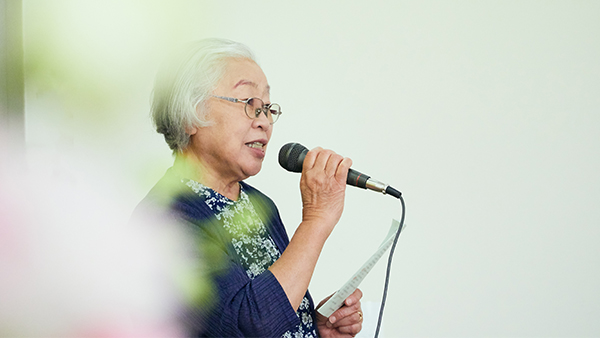 Working alongside the UK Inclusive Growth Network – a coalition of local and combined authorities from across the UK – we are now asking what it might take to integrate participatory democracy and inclusive growth in the aftermath of a crisis.

The inclusive growth agenda tells us that the quality of growth matters as much as its rate; and we’ve found this also applies to civic engagement. Without genuine delegation of authority and distribution of power, even the sincerest attempts at civic engagement will be counterproductive. And without a genuine commitment to equal access and influence, participatory programmes risk reinforcing existing inequities.

Our research has also shown local democracy to be a complex and dynamic system, rather than a set of discrete institutions and processes. We should resist the urge to valorise single methods and instead see democracy as part of a living system. Participation is not a product to be pulled off a shelf, or an offset to traditional command-and-control decision-making. It is part of a cultural shift for distributing power and agency that is highly contextual, messy, and requires building connective tissue between institutions and civil society organisations.

Thankfully, many public authorities, including those in the Inclusive Growth Network, are already stepping up to the challenge. In North Ayrshire ambitious attempts at blending community wealth building and participatory democracy are taking root, while in Bogotá in Colombia multi-staged deliberative assemblies will give residents an ongoing role in agenda-setting and decision-making. In Seattle, Black Lives Matter protests against police brutality have resulted in US$30m being diverted from the police budget towards a participatory budgeting process for programmes that create “true public health and safety”. These examples are just some of the green shoots of a more participative approach to governance emerging all around the world. They remind us that economic inequality and injustice are not inevitable, and it follows that economic democracy (of the kind we are supporting in Pittsburgh, Chicago, Anchorage and the Inclusive Growth Network) must be integral to addressing these challenges.

If inclusive growth is premised on the genuine distribution of power, underpinned by a systemic framework for democratic improvement and a sincere commitment to amplifying citizen voice, then it can animate a fairer, more resilient recovery.