Reconciling change and continuity in the arts

Clem Henricson FRSA argues that shifts in artistic trends can be restrictive, even at times aggressive and asks whether reflection on changes and continuities through time may result in a more nuanced and less adversarial advocacy of new artistic endeavours.

The arts are subject to a roller coaster of repudiation and change, creation and destruction, and have been through much of their history. This dynamic mirrors other aspects of social living across belief systems, ethics, socio-political relations and more. There is frequently a recoil from valuing what has past, in particular what has just past, in the quest for the creative new. While physical violence in the sphere of the aesthetic is rare, verbal belittling and even abuse abounds. Artistic movements, almost sects, have promoted their aesthetic credo through engagement in a game of exclusivity. 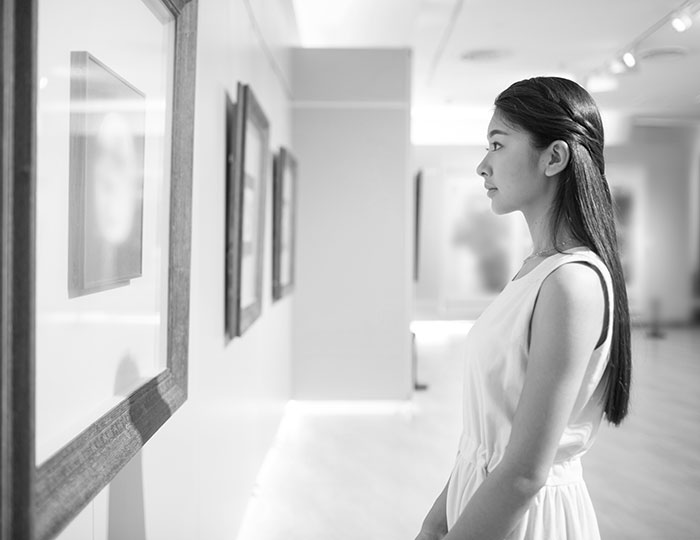 Firstly, reflection is needed on the nature and scope of this adversarialism. Here we look briefly at some examples in the 20th century. Of particular significance has been the move to the abstract in painting that wiped out the relevance of the extraordinary accomplishment of realism and figurative art. As well as disparagement, a distance was put between the two, which was reflected in the way art was taught. There has even been a question mark over the skills of modern artists as art schools abandoned classical training. For example, Dalya Alberge has recently reported complaints that, with the promotion of conceptual art, students are no longer being taught how to draw.

Architecture is an art that impacts massively on people's lives. The shift in architectural fashions with the abandonment of past designs, and even the iconoclastic demolition and replacement of buildings with tower blocks, has been widely debated. The distress and subsequent regret caused has also been documented.

Spanning the visual and verbal, the theatre gives another slant to 20th century upheavals, both creative and destructive. Experimental and kitchen sink dramas pushed some remarkable, sophisticated and well-honed dramas, such as those of Rattigan and Shaw, off the stage. Novels and poetry have experienced similar convulsions with shifts around time sequence, streams of consciousness and colloquialism. As part of the process it was no longer feasible to write with 19th century epic realism or with the formality of some of the best poetry in the English language.

Interestingly there has been some reinstitution of past artistic forms with a more eclectic approach evolving in the ‘post-modern’ era. For example, Venturi, in his exposition in Complexity and Contradiction (1966) in Architecture sought variety and consideration of the historical and cultural context of buildings. In art, figurative painting has again become fashionable featuring in major exhibitions such as the Venice Biennale.

This reinstitution and synthesis raises the question as to whether the extreme dismissal of the past in favour of the new might have been moderated. A broader, more inclusive and appreciative artistic scene might have been less constricting and more productive.

Changes in artistic direction can be refreshing; releasing creativity and adding new streams of thought and expression. The 20th century trends described here have offered stimulation reflecting aspects of the mood and experiences of the era from which they emerged. Historically movements such as the Renaissance have generated major contributions to our cultural heritage. The significance of cultural change and development should not be underestimated.

These benefits notwithstanding, artistic movements can be stifling when they begin to limit the scope of creativity. Their promotion in the market place by funders, directors, publishers, commentators, educationalists and artists themselves, can have a negative potential if it restricts other modes of expression. The interests and tastes of sections of the community may be left out and forgotten. The contention here is that it would be preferable to maximise the choices available to the consumer with encouragement given to the development of a wide spectrum of artistic endeavour.

What are the possible steps that might be taken to enhance moderation and a broad inclusive vision in the arts, while at the same time preserving the creative impetus that is associated with change?

A wider public discussion and dissemination of knowledge about human psychology might provide a significant foundation. There is within the human species a drive to create and achieve status, with a corresponding drive to tear both down; in the melee a streak of violence that, despite moral philosophies, remains in situ. Enhanced understanding is needed in relation to the inclination to repudiate alongside the compulsion to create and engage with life as a project.

There are also significant time related features. The brevity of life is a constant fixture as is the coexistence of death and decay alongside hope and renewal. There is the lifetime's trajectory of change from youth to old age. A person's perspective moves from youthful enthusiasm to elderly resignation. Reflecting this collectively, there is a pervasive degradation of the past and a premium on the clean sweep and fresh start of youth.

When considering the management of human institutions in the face of constant friction consequent on the pressure for change, it would help to recognise these common features of group psychology. A further significant element that warrants attention is the tendency to repeatedly amalgamate and then split. This circular movement appears to operate across the spectrum of human relations including thought and artistic trends. The value of embedding an appreciation of this long term, repetitive process would be its salutary distancing from the immediate.  Recognition of the impermanence of both construction and destruction may temper, at least to some degree, the emotional investment, the hostilities and the grief.

Enhancement of historical knowledge might make a further critical contribution to facilitating a gentler and more measured approach to the pursuit of artistic projects and movements. It would enable a greater appreciation of the range of artistic endeavour, prompting an increased willingness to accept difference. It would bolster people's perception of past values and modes of expression and an understanding of change and stasis in the context of time. Awareness in concrete terms of the ebb and flow of human culture may bring with it certain humility and encourage gentler, less rigid responses.

Steps on the way

Of the specific measures that might be taken to improve things, teaching is a clear option; this can be directed and has the potential to influence. Discourse on the psychological and historical perspectives relating to the creative cycle could be included in the Foundation Diploma in Art and Design and subsequent specialisms, such as fine art and architecture. This could also be included in the development of literature element in creative writing courses and there are other courses relating to the theatre, galleries and more that might similarly benefit. The case might also be made for some consideration of these matters in the school curriculum in terms of maximising breadth of reach. Funding bodies, such as trusts and governmental institutions, are further sources of influence that may gain from discussion of these questions and reference to the in their operations.

The approach should not be heavy handed, but rather a light touch signal of the issues so that they may be taken into account. An onerous addition to any curriculum or operational guidance could prove counterproductive.

Engagement with life over the long term, assisted by a greater appreciation of psychology and history, offers the prospect of a calmer evaluation and approach to the present. The issue is one of managing rather than eliminating divergence, of reconciling the push for change with an appreciation of a longer-term perspective. The interventions proposed here are intended as a gentle nudge in this direction.

Clem Henricson FRSA is the author of Morality and Public Policy and A Revolution in Family Policy.