The first time I visited HMP Wormwood Scrubs, just over a decade ago, I was shown around the kitchens, where I met a prisoner who had worked his way up the line over two years. Starting with pot washing, he had progressed to what we would call head chef, responsible for hundreds of meals a day. I asked him what he planned to do on release and, when he said he had no idea, my heart sank. Why had nobody instilled in him the fact that he now had skills that restaurateurs like me were in desperate need of?

The prospect of prisoners being taught culinary and service skills to offer them a career in hospitality rather than a return to crime is thankfully more sophisticated now, most notably with the great success of the Clink Charity’s Clink restaurants, which started in HMP High Down and this year announced the roll-out of Clink Kitchens to 70 prisons in England and Wales over the next three years.

Yet what we have historically failed to act on is the neglect that we continue to show for the food that prisoners can access. This ignores the damaging consequences of not seeing food as part of prisoners’ self-care; both in improving their mental health and resulting behaviour and placing them in a positive frame of mind to learn skills that could secure them a job on release. These factors form part of the prison service’s duty of care. 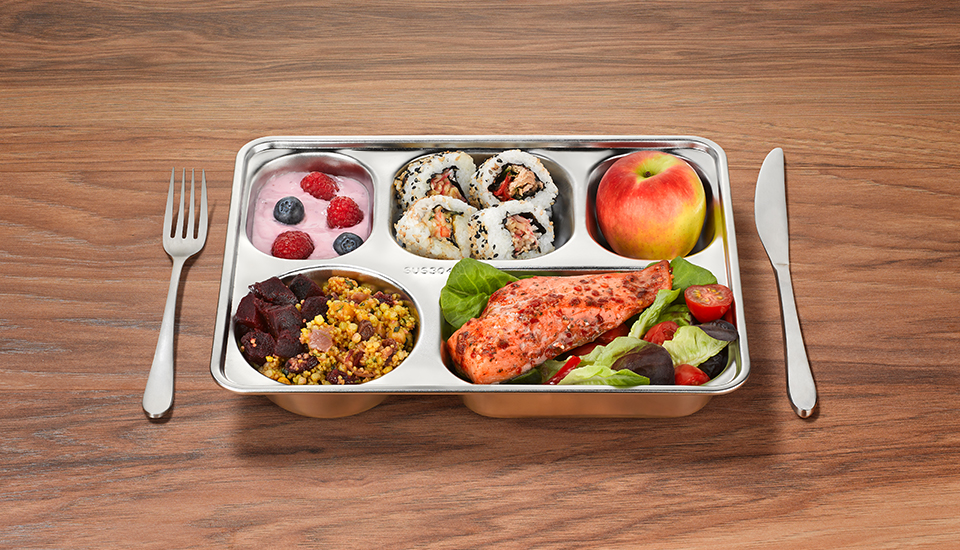 While there are many charities working on ex-prisoner employment issues, there are only two that highlight the consequences of poor nutrition. Think Through Nutrition has made this their priority for the past 37 years. In 2002, their double-blind controlled trial at HMP/YOI Aylesbury showed that improved nutrition led to 37% fewer violent offences and 26% fewer offences overall. Their 2009 study, involving 856 young people at three young offender institutions, showed similar results. In both trials some participants were given nutrient- and vitamin-rich capsules and others were given placebos. Neither group was told which they were given. Those receiving the active supplements recorded a reduction in committing serious offences.

There is much work still to do to calculate the cost implications of this. In addition to reduced violence (to prisoners and prison staff) and self-harm, the studies reported improved brain health, development of positive social connections and relationships, concentration, mental wellbeing and cognitive function.

Tahani Saridar, Director of Development and Programmes at Think Though Nutrition, says: “Poor nutritional provision can not only have a lasting impact on the wellbeing of an individual in custody, but it is also costly to the custodial estate. Various medical complications that arise from poor nutrition, including nutritional deficiencies, mental ill-health, cognitive decline, cardiovascular disease, diabetes and high cholesterol, add extra burden to prison health resources[…] Learning to better balance their diet and lifestyle can have a dramatic impact.”

Last year, the charity undertook a pilot involving 33 prisoners at HMP Eastwood Park. Using a learning toolkit and new healthy menus, this aimed  to understand how food can shape how the brain functions. It found some improvements in cognitive and mental health and that participants had better concentration levels, were more likely to engage in activities and felt more sociable.

The average budget allocated to feeding a prisoner is around £2 a day. This does not leave catering managers with much scope for improvement but it is not an impossible task, as proven by David Hill, who won a Butler Trust award for his work at HMP Buckley Hall. Engaging kitchen workers and prisoners in baking cakes, which were then sold to other prisoners, brought in £52,000 in one year to subsidise Dave’s ambitions for better food.

More can be done using resources that are readily available within the prison estate. For example, prisons could use their land to grow high-quality food to stretch their food procurement budget, engaging prisoners in the process and building understanding of the nutritional quality of food.

In 2016, journalist Lucy Vincent set up Food Behind Bars to engage prison catering managers and prisoners in exploring the many layers of complexity and opportunity around food. She says: “We educate prisoners in a practical and engaging way on the benefits of cooking and eating well[…] Together, we help cultivate a culture around food in prison that equips prisoners with the increased knowledge and wellbeing they need to help them achieve a good quality of life on the outside.”

During lockdown – when prisoners were sometimes confined to their cells for 23 hours a day – access to work and education was limited. Lucy organised a recipe-writing competition for prisoners at HMP Brixton and was deluged with entries, which were then passed by high-profile judges like Asma Khan of the Darjeeling Express restaurant. The winning dish, a Bangladeshi chicken curry prepared by ‘J’, featured on the menu of nearby Brixton restaurant Nanban.

J said: “A few months into my sentence, I realised how badly I missed my mother’s Bangladesh-infused curries. The curries you have in jail don’t compare to the traditional ways of a curry made with love. So the dish I have prepared is filled with and infused with a lot of passion, traditional methods and spices.”

Let’s hope that when he’s released, J gets a job where he can cook that dish in person, making both him and his mum proud. Perhaps I could take him on.

Iqbal Wahhab is a Bangladeshi-born British businessman and the founder of Tandoori Magazine, and restaurants The Cinnamon Club and Roast.