It is imperative to ensure that safe and healthy nutrition is provided without damaging the environment. People have the right to chemical-free produce. The meaning of food security has had to be revisited as lockdowns across the world made it apparent that even the middle-class in several countries and major cities around the world have had to resort to food banks or handouts from other NGOs. It is only in these uncertain times that people are also concerned about the source of the food. Therefore, it underlines the need to create awareness that it is possible to ‘farm without a farm’. This will help reduce some of the burdens on the existing infrastructure. 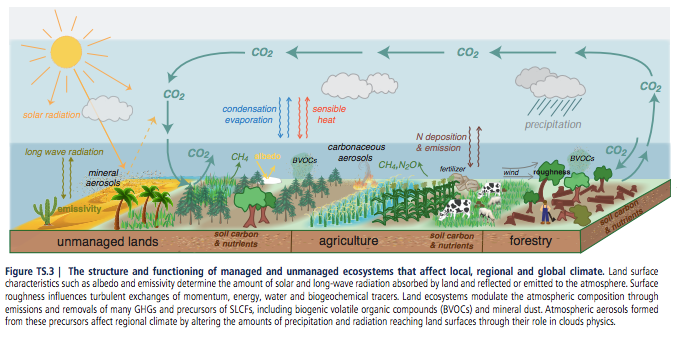 While it is true that the pandemic has brought food security back into sharp focus, the problem has existed for several years There are four fundamental aspects of food security: availability, access, utilisation and stability.

The system to supply food consists of production, transport, packaging, storage, retail, consumption, loss and waste. Since 1961, food supply has increased by 30% accompanied by an 800% increase in fertiliser use and a 100% increase in ground water for irrigation. Despite this 821 million people are currently undernourished, 151 million under five are stunted, and 613 million girls and women are deficient in iron. This is clearly a complex multi-layered problem that requires policy interventions at the governmental and institutional level.

What can governments do?

The UN in 2015 ratified the 2030 agenda for sustainable development which at its core has 17 sustainable development goals (UN SDGs) that all member countries have agreed to strive toward. These goals recognise the urgent nature of the interventions required to address inequality, hunger and poverty within a framework that also protects the oceans and forests. Another method of addressing food security at the level of policy has been the use of agroforestry, agroforestry refers to the use of perennial trees in spatial or temporal conjunction with traditional agriculture crops and or animals. The Philippines was the first country to support agroforestry for rural development. India adopted its own National Agroforestry Policy in 2014 and the United States adopted a Strategic Framework in 2016 that expects to make agroforestry more mainstream, improve its understanding and include agroforestry in its approach towards conservation and economic development.

In a recently published article it was reported that 82% of Americans buy some organic food. However, organic food amounts to only 6% of the food sold. In addition to the price that is higher, a deeper problem seems to be that of the 2 million farms in the US less than 17,000 are organic farms. Given the willingness to purchase organic produce it would be useful to combine agroforestry with organic farming to meet the demand.

One important aspect often overlooked when considering farming is how the produce reaches the consumer. This includes storage, packaging and transportation. While it is possible to mitigate energy consumption during storage by using solar power to electrify the units, packaging, using environmentally friendly materials, is not yet mainstream. The final and perhaps most energy-intensive stage is the transport of the produce. While Tesla has recently launched the cybertruck and the governments in the US and Australia have shown a commitment to electric vehicles it will be a few years before produce will be delivered fossil fuel free.

The issue of climate change can also be addressed by individuals as prosumers in conjunction with the policy decisions that governments take. There are several ways to do this. However, given the concerns around effort, the monetary strain of growing produce and to highlight the importance of every individual making a contribution, the people route can be divided into Zero-Energy farming; Zero-Budget Farming and Think Globally act Locally (Globally Double O).

Zero-energy farming has traditionally been referred to as tasks carried out on an area designated as a farm. While organic farming addresses some of the environmental issues when compared to conventional farming for the soil and surroundings, what about fossil-fuels that are a part of farming? Zero-energy farming would reduce the dependence on traditional energy sources during the cultivation and harvesting process at farms.

Ironic as it might sound, implementing zero-energy farming is easier in an urban setting because if apartment complexes mandated an ‘eat-what you grow’ policy and had terrace gardens on each block, residents would not have to travel for picking up the produce. Those with gardens or balconies in independent units will also benefit. Why is this important? The average passenger vehicle emits 404 grams of CO2 per mile. So, if a large apartment complex, in India has 1000 residents and the grocery store is a mile away, just fetching the grocery to such a complex, will add 808 kg of CO2 to the atmosphere every week! While it might be possible to encourage people to engage in vertical farming, as a group, there might still be reservations on the monetary strain of farming. This can be addressed through zero-budget farming.

Zero-Budget farming is a term used to describe farming that is done without the need for loans or expenses. However, it can be expanded further and can refer to growing produce with at least a ‘net-zero’ expense to the prosumer. How will this work? As an example, if an individual either singly or as part of a community is able to grow more than one crop in a particular season then, in the event that one of the crops fails, the other crops, will supplement the investment and would reduce the risk of having to cope with a net-loss. Additionally, it might be possible to reduce the need to travel for groceries.

Think Globally act Locally is a phrase that is often associated with the implementation of the UN SDGs however it was first mentioned by Patrick Geddes in the context of urban planning in 1915. Given that it might not be possible to participate in or take on the responsibility of growing produce, there are other ways individuals can contribute. One of the ways is to encourage local farmers and purchase produce from a centralised location or have local farmers deliver produce to your doorstep.  Another way of implementing a UN SDG at home is a concept known as crowd-source farming. Similar to the idea of crowd-source funding, this relies on inputs from other sources to help in agricultural produce. In addition, it is also possible to adopt a tree, an animal or a farm and get the produce delivered. Interestingly, should individuals engage in either zero-budget or zero-energy farming they would automatically be implementing a UN SDG.

We are facing complex problems across the world to ensure food security for all. While governments and institutions globally are trying to make changes at the policy level, if individuals can also try to be Globally Double O it might help mitigate some of the imminent dangers we face. Also if we each do our part globally we can each be Agent Bond in the service of Her Majesty The Earth!

Ashutosh Naik, PhD (Materials Sciences, Cantab), FRSA is Founder Director of Terra Verum in Hyderabad India which is involved in growing organic, natural produce and providing consultation for the same.

The RSA Fellowship is an inclusive global community committed to finding better ways of thinking, acting and delivering change. We invite you to be part of this change.