Whatever you think of the government’s response to Covid, with the advent of the Omicron variant, one recurring message must be bolded and double-underlined, says Asheem Singh FRSA: universal vaccination is crucial.

Our only path out of the crisis is universal vaccination. Alas, we’re a way off. Britain’s booster programme has stopped and started. There remain reservoirs of vaccine hesitancy among our people, particularly in South Asian and Muslim communities. But it need not be like this. A group of doctors, volunteers, and RSA Fellows in London are showing the way forward.

Volunteering has been at the heart of the Covid response. Where the Government has fallen short, scientists, medics and communities have worked together to fill the gaps. We have seen volunteers ferrying food packages in concert with churches and businesses to those who were self-isolating. We have seen neighbours checking on the elderly who just needed a smile. We have seen key workers and delivery drivers working with local medical teams, helping people stay at home and break the chain of infection. 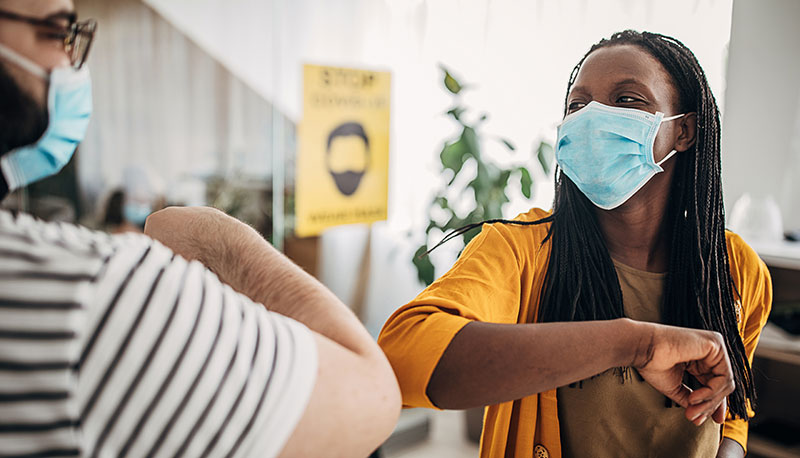 One inspiring aspect of this effort has been the work of vaccine volunteers, who have been central to the mass-vaccination programme. The vaccine roll-out started with the creation of vaccination centres around the country. These were bricks and mortar, yes, but you would meet a structure of greeters and pointers; people filling forms and ticking boxes, ensuring the NHS could deliver.

Invigorating and hopeful, but even this activity has not reached the hearts and minds of all in the BAME communities. In London, BAME communities are 40 per cent of the population but over-represented in Covid infections and deaths. But other community institutions have stepped up.

Mosques, temples, churches, synagogues, community centres and halls in boroughs including Brent, Tower Hamlets, Hackney and Wandsworth have worked together to create new services to supplement local vaccine volunteer armies. At the Central Mosque of Brent and the Swaminaryan Hindu Temple, community leaders and worshippers have stepped up to get jabs in arms.

I have been advising the Central Mosque’s multi-faith committee and board as part of this initiative and supporting its work on the vaccine programme. It’s been instructive. Initially,  the programme was met with suspicion. Concerns, often originating on the internet, arose as  a result of religious incompatibility with the vaccine’s products. As I revealed in my research for the RSA on Covid disinformation, released last month, such news travels up to six times faster within a community network than the truthful rebuttal or counter-argument.

In addition, there was initially a lack of mobilisation or resources from local authorities or Government to deploy trusted community leaders, health professionals and faith leaders in pockets where they could make a difference.

But the Central Mosque of Brent’s executive and multi-faith groups came together with medics and civil society and community leaders to create caucuses for change. Dr Raja Amjid Riaz, a local NHS surgeon, played a leading role in concert with the council’s internet and social media push. In addition to online messaging, we created street campaigns, where BAME community leaders and champions promoted the vaccine from signs on lamp-posts, in sweet shops or restaurants.

Medics and volunteers marshalled people through the mosque’s basement with care and explanations in a variety of languages. They were armed with rebuttals to take on the misinformed arguments. Dr Riaz told me. ‘Through this community effort that goes with the grain of people’s cultural traditions and expectation, we’ve managed to counter the messages on Whatsapp and the wider internet.’

How to reach people and change their attitudes to create wider change is in the RSA’s DNA. The relationships built in these spaces have enabled volunteers to provide education and mental health support to a new generation of service users. The pandemic has served to convert Brent Mosque into a genuine community hub that people of all backgrounds can enjoy.

All far more effective than simply telling people to ‘get your vaccine’ (though there is a place for that) . We must deploy these community assets to their fullest if our faltering booster effort is to gain momentum. The Brent Mosque has the team to be more successful than most, leaning on the contacts of well-wishers such as myself and other patrons. But how many opportunities to counter vaccine hesitancy has the Government missed in other, willing but less-well connected institutions?

We’ve been delighted with the support from local Labour MPs such as Tulip Siddiq, as well as shadow ministers in community and foreign affairs. The next stage is to share these lessons; to take the Brent experience across the country to the end of getting jabs in arms.

This work resonates beyond Covid. Brent Mosque has become a hub of community life. It has worked horizontally with the local synagogue and Hindu temple, and so moved to the heart of local civic life. I agree with Gordon Brown: the work of these groups is the substance of a new progressive patriotism waiting to emerge, with Labour as its partner.

This excites me. At a time when things feel dark, the multi-faith vaccine programme at Brent feels like one instance of many of a nation of many ideas and cultures renewing itself. I have been excited to see the Right Here campaign, urging community leaders to be given more say in public affairs.

So let’s get behind the efforts of Brent Mosque to get jabs in arms, let’s discuss how we might learn its lessons; how it might fire a project for social and community renewal for the next decade. Let’s not leave any community behind.

And let’s ensure those who are making change for the better decide the trajectory of our nation’s future.

Asheem Singh is a former Director at the RSA, and author of ‘The Moral Marketplace’ (Policy Press 2018). He is a volunteer Special Adviser on the Brent Mosque’s Covid-19 Vaccination Programme. He is a consultant special economic adviser for the RSA.