How companies can help build a better society

What does it mean to be a ‘good’ business? For decades, the answer to that question – at least in capitalist, market economies – was clear: make as much money as possible for investors. Other responsibilities were secondary. As long as you operated within the bounds of the law, your product sold well, and your stock went up, you were ‘good’. But a 50-year global obsession with short-term shareholder value is finally cracking. What will replace it?

A new model of business success is emerging. The profound challenges facing humanity – climate change, inequality, biodiversity loss, misinformation that undermines science and democracy – are changing how the world works and how business operates. These existential threats create new risks, but also open up unprecedented opportunities. Businesses increasingly see the power of serving multiple stakeholders (not just shareholders), taking a longer-term view, and profiting by working for the betterment of society. This work is no longer optional; stakeholders are expecting companies to step up on our biggest problems.

A company that embraces this new reality will help solve the world’s problems, not contribute to them. This kind of business, which we call Net Positive, is fundamentally different. It is purpose-driven, builds trust through transparency, and sets big goals based on what the world needs, not just what it thinks it can do. At its core, a net positive company seeks out transformative partnerships to reach beyond its own operations and solve systemic problems for its customers, its industry, its communities and the world.

There is no other viable path to solving our shared challenges, which are too large for any one part of society to tackle alone. Neither government mandates nor free markets will be enough. We must embrace collaboration. As the often-quoted proverb says, “If you want to go fast, go alone. If you want to go far, go together.”

In researching our book, Net Positive, we encountered two broad categories of partnership that courageous companies are leaning into. First, collaborations that optimise results within the current system. Working with their suppliers, customers and even competitors, companies can solve shared problems and unleash multiplier effects. For example, companies trying to reduce plastic packaging can collaborate to find better materials or design more efficient packaging. Or consider the Corporate Electric Vehicle Alliance, a partnership across multiple sectors with members as diverse as Amazon, DHL, IKEA and Siemens.They are working to develop common standards for electric vehicle charging stations, payment methods and infrastructure.

These critical collaborations build partnership muscle, gain the trust of stakeholders and prepare companies for something bigger. But, while these partnerships are important, they still work in the proverbial forest. More leaders now understand that we need bigger partnerships that address deeper, systemic issues; they must work on the forest. No company can do this alone; it needs support from the right policies and frameworks. To continue with the packaging example, companies could help develop policies that build a more circular economy, finance new recycling infrastructure or develop a system for stores to offer reusable containers. These solutions require business, government and civil society at the table together, so we call them ‘It Takes Three to Tango’ partnerships.

As business looks to engage Tango partners, it will uncover natural tensions, especially since trust in all institutions is lower than ever. NGOs may wonder if a company is in earnest about seeking benefits for all. And companies may fear public attacks by NGOs if things don’t go perfectly. Both business and NGOs have had major stumbles in recent years – all need to be open, transparent and flexible for partnerships to work. For example, the consumer products giant Unilever – which one of us (Paul) ran for a decade – invited Oxfam to review labour conditions in its supply chain in Vietnam… and then report what it saw publicly. These are not easy discussions, but they create the right working relationship to not just identify problems but solve them. 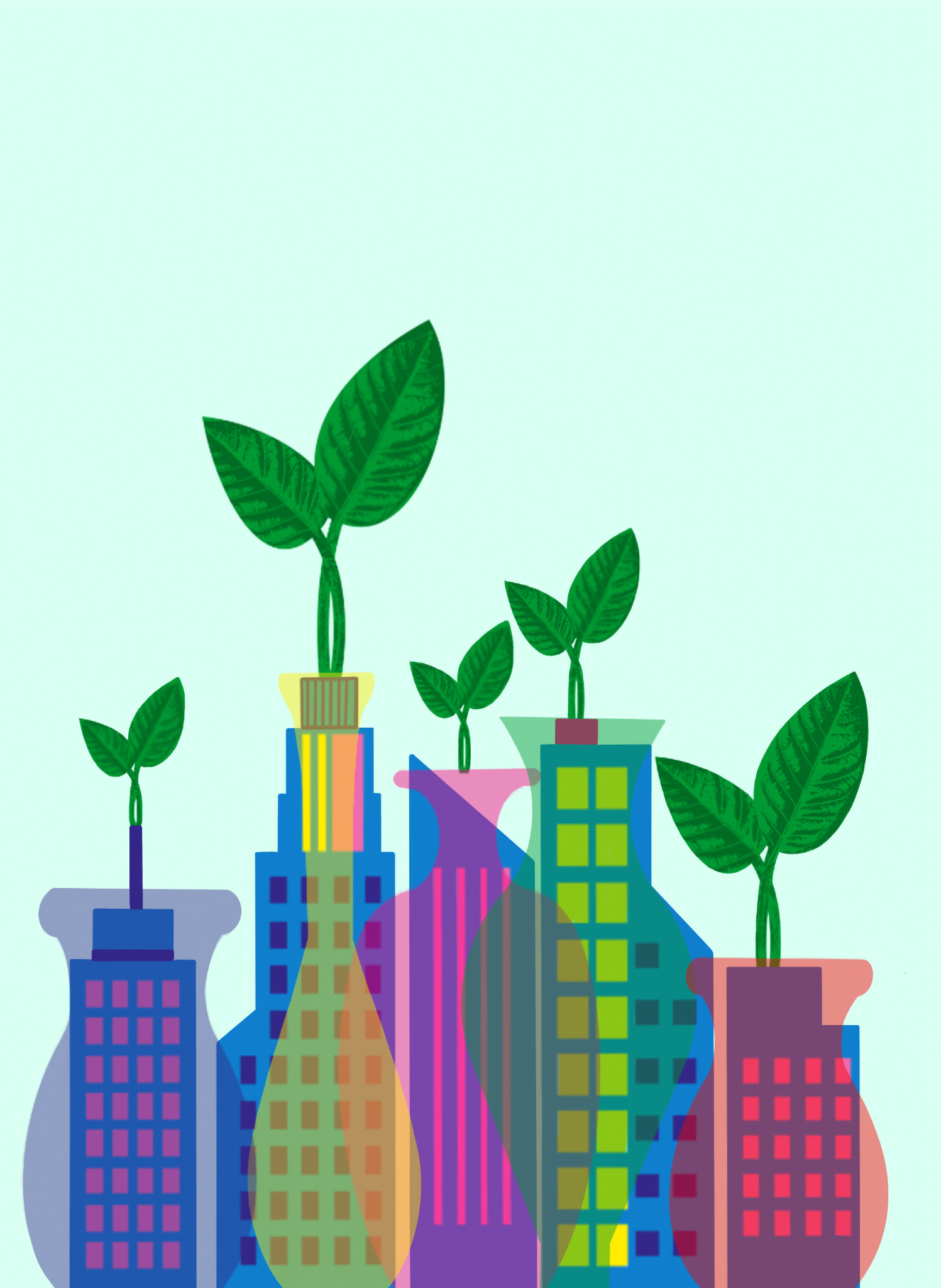 Changing the way business approaches governments is also challenging. Companies must now shift their strategy for advocacy or, more bluntly, lobbying. For decades, business has maintained a mostly hostile or self-serving attitude toward government. Companies focus ‘government relations’ on fighting any proposed regulation and looking for tax breaks for all business, for their sector or even just for themselves.

But there is a big disconnect here. The same companies that set ambitious environmental and social goals often lobby against government action to help solve the problem (or they let their trade associations do the dirty work for them). Beverage companies long fought ‘bottle bills’ that collect fees to fund recycling infrastructure. Fossil fuel companies fight any government action on climate, all while ensuring that they reap what the International Monetary Fund estimates is a mind-blowing six trillion dollars of annual government subsidies.

Companies will not stop seeking what is in their best interest. But executives must realise now that their fates are inextricably linked to the fate of the world. Doing nothing on plastics, industrial agriculture, or fossil fuel emissions is putting society into a long-term tailspin of poisoned seas, degraded soil and a destabilised climate. It should be obvious – but still is not for many business leaders – that business cannot thrive unless people and planet are thriving. In the long run, there is no good business without a good society.

More CEOs are stepping up as societal leaders, speaking out on even the most contentious issues (such as offering financial support to women needing abortions in the US post-Roe v Wade). These leaders face criticism for being too progressive, but there is also pushback on the backlash. The world’s largest investor, Larry Fink, CEO of BlackRock, has said, “Stakeholder capitalism is not politics. It is not a social or ideological agenda. It’s not ‘woke.’ It is capitalism.”

To change the current business-government dynamic, we propose a new form of influence, which we call net positive advocacy. This is proactive, but not in a self-serving way; it is in service of the shared, common good. Sometimes that might mean, as business always wants, less regulation and more market-based solutions. But it may mean more government influence and investment, especially when the rules of the game need to change to create a level playing field, or we need to value economic externalities (for example, a price on carbon or on natural capital). Only government can do those things.

Unilever has probably engaged in more Tango collaborations than any other business in the world. The consumer products giant has worked with governments in developing regions of countries like Ethiopia, Vietnam and Indonesia to enlarge local manufacturing capacity, invest in schools, and build better infrastructure. It has also trained tax inspectors in Colombia and Nigeria (to increase funding for the country), developed alternatives to animal testing in Russia and China, and helped drive water efficiency in the Middle East.

Perhaps the best example of a systems partnership is the long saga of palm oil (the ingredient in thousands of personal care and food products). For decades, farmers have cut down and burned forests to plant oil palm plantations, largely in Indonesia and Malaysia, making these countries some of the biggest emitters of global warming gases. Unilever and its peers worked for years to make the industry more sustainable with effectively no progress. This is partly a scale issue: Unilever is the largest palm oil buyer in the world, but it only purchases 3% of the total, so demanding better from just its own supply chain will not solve the larger problem.

Over the past four or five years – successful Tango partnerships take time – deforestation rates in Indonesia have finally fallen. What changed? The players gathered the full system of big buyers, local farmers, municipal and national governments, non-governmental organisations (NGOs, such as Greenpeace, which brings deep knowledge of growing methods) and, especially, banks. With financing in hand, farmers can shift to practices that double yields, reducing the demand for new land.

We need this multilateral approach across the spectrum of environmental and social issues. Companies should go to national and regional capitals with peers and NGOs. When competitors and critics work together, the dynamic changes, making it safer for both companies and politicians to join the discussions. In essence, a form of collective courage ‘de-risks’ the political process.

Issue by issue, partnership by partnership, system by system, this is how change happens. Companies seeking to thrive by solving big problems with others are redefining what a good company is. By going well beyond their own direct impacts and taking ownership for larger issues, they will contribute to building a thriving world and a good society.

Paul Polman works to accelerate action by business to achieve the UN Global Goals, which he helped develop. A leading proponent that business should be a force for good, Paul has been described by the Financial Times as “a standout CEO of the past decade”.

Andrew Winston was named on the Thinkers50 list of top management thinkers in the world. He is a globally recognised expert on megatrends and how to build companies that thrive by solving big problems for humanity.

This article first appeared in the RSA Journal Issue 3 2022.