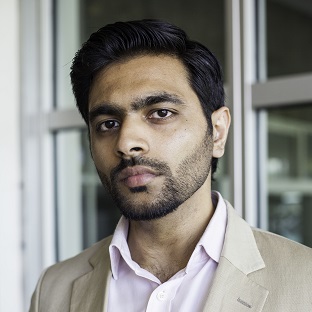 Waqās is considered a world authority on multi-disciplinary thinking. His work spans several fields including art, science and international affairs.

He is currently Artistic Director at The Khalili Collections – one of the world’s great art collections – and simul­taneously completed his postgradu­ate studies in Neuroscience at Kings College London, where he researched multi-disciplinary approaches to the treatment of chronic pain. Previously, Waqās was diplomatic corre­spondent at FIRST Magazine, where his exclusive interviews included Presidents and Prime Ministers worldwide. He was also the editor of Holy Makkah, which received praise from UNESCO, the Commonwealth and the Vatican. Born and raised in Britain, he has since lived in several countries across Europe, Africa, the Middle East and South Asia and has de­grees in Economics (BSc, SOAS) and International Relations (MSc, LSE).

Waqās is author of the internationally acclaimed book The Polymath (Wiley 2019) and founder of the DaVinci Network, the global movement committed to unlocking the many-sided potential of humans worldwide. He recently curated the Official Opening Celebrations of the 500th Anniversary of Leonardo da Vinci at the National Gallery.