Humbert Bear Likes to Doze: awakening the world to the work of childrens' hospices

A discreet, worldwide operation of care comes to light in the guise of a children’s book created by Alexander Mackenzie FRSA

Many of us know nothing about the existence of Children’s Hospices but, for decades, they have been providing loving professional care for children with life-limiting conditions. Artist and storyteller Alexander Mackenzie FRSA has created a children’s illustrated tale, Humbert Bear Likes to Doze, to bring to light a world of mystery and charm that only those children here on Earth for a few years can truly know about. 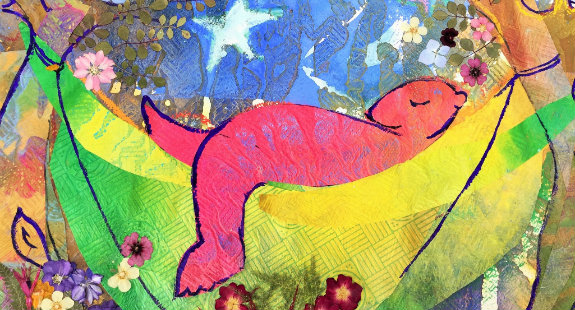 Those that care for them, both families and nursing professionals, often have the privilege of sharing this otherworld. The story of Humbert Bear is an allegorical tale about a little colourful bear who seems to spend all his time dozing, much as children with life limiting conditions do. But, his secret dream life is full of vivacity and adventure and those that that know him appreciate how his wonderful dream life makes him very special company.

Humbert … has been recognised by the charity Together for Short Lives (an organisation that specialises in caring for seriously ill children and their families in the UK) as a story to help those on a journey through the hospice, which can be a place of dreams and beauty for children with short lives. Their Communication and Engagement Director, Myra Johnson, recognised the tale as an uplifting metaphor for the community that Together for Short Lives supports, and was thrilled with Alexander’s crowdfunding campaign to get 10 copies of the book into every one of the 54 Hospices in the UK as a Christmas present last year. 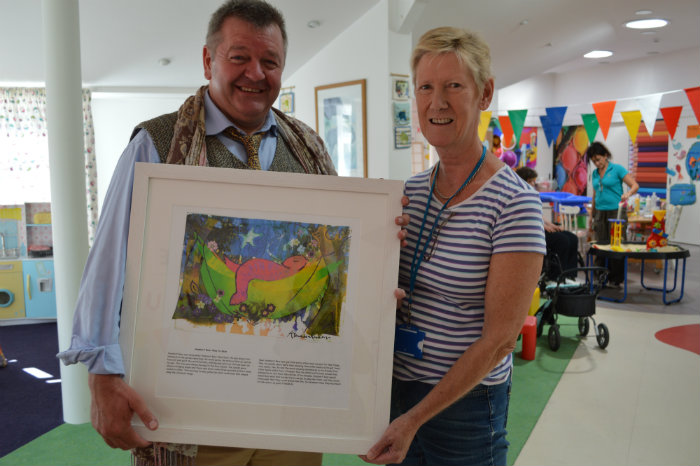 The world’s first children’s hospice, Helen and Douglas House in Oxford, has used the book to house a permanent exhibition in their recreation room. The exhibition acts as a celebration of the very quiet life of the residents of a Children’s Hospice. It shines as they shine, with presence. It invites the view to another world beyond the every day suffering to a place of perpetual wonder. The story takes you by the hand to a place beyond language and nationality to the ‘bigger picture’ of love as an inviolate presence. Hospice Manager, Kathy Patching, said:

I knew that there was something very special in Humbert from our first ‘meeting’. The beauty of the art work is of course obvious, but the tale is so meaningful to children and families who are living through a very difficult journey.

The next stage of the project required translators, and Alexander was approached by several volunteers who translated the book into German, Spanish and Croatian.

Like with the UK distribution, an effective GoFundMe crowdfunding campaign made it possible to publish 1000 copies for circulation to Children’s Hospices in Spanish, German and Croatian speaking countries. Now, more translators have offered their skills free of charge, with a further set of books being translated in Dutch, Swedish and Norwegian - and funding is needed to have these printed and circulated.

With Christmas 2018 being just around the corner, Alexander wants to introduce Humbert to children and families around the world. To reach the international community, Alexander is taking on a Kickstarter campaign in partnership with the RSA, who have a focus on international development this year.

Right behind this initiative is the storytelling charity ‘Tellers without Borders’ who have a special mission of reaching out to children in need all around the world. They have invited Alexander to be a keynote speaker in their conference in Sarajevo this year. Since their inception, Tellers without Borders use the power of storytelling to address the most challenging of issues that children are faced with in the world: working often with refugees in war-torn communities, they are no stranger to the power of story to touch hearts and minds against the odds. Alexander is keen to speak about storytelling as a door to the presence of love even when it may look like there is only suffering and loss in Children’s Hospices.