Peter Polaine FRSA, an artist to his soul, passed away at Ipswich Hospital, Suffolk on 12 March 2022 aged 84 years.

Adored husband of Betty and father to Matthew (FRSA) and Andrew; father-in-law to Naisha and Karin and very much-loved grandpa to Xanthe, Zachariah and Alemtsehay.

Peter attended Walthamstow Art School in the 1950s alongside such rising stars as Peter Blake and Ken Russell, with the artists Margaret Green and Stuart Ray among his tutors. Peter began a lifelong love of painting, developing his own style and exhibiting frequently, including at the Royal Academy Summer Exhibitions.

After his National Service, with consumerism on the rise fuelled by Pop Art and the '60s around the corner, Peter, as a bright young artist needing to pay bills found himself at an agency desk, creating copy for posters, brochures and advertisements.

He worked for a number of big London agencies at the time including the famous Lintas, which had the Unilever account and was affectionately then known in the trade as “The Ministry of Advertising”.

That entire hectic world of advertising - the quick thinking copywriters, the graphic designers and illustrators straining to meet deadlines for advertisements, posters, brochures and book covers, the messengers rushing to carry artwork and proofs between creators, clients, and printers - dominated the lives of the young people drawn into it. Letraset, Pantone colour reference swatches and Magic Markers were everywhere and the aroma of cow gum is the evocative smell of that era for their families. For Peter the boom in advertising provided the opportunity both to use his talent as an artist and to achieve commercial success, to rise from a lowly fiver-a-week designer to the giddy heights of art director of The Times and The Sunday Times newspapers and in due course, running his own agency.

During the '70s and '80s Peter Polaine and Associates Ltd (PPA) was formed in Colchester, Essex and at one point was the largest advertising agency in East Anglia. By the early 1990s Peter and Betty found themselves living in Suffolk, spending time with their grandchildren and his dogs, where Peter also chose to work at Stowmarket Resource Centre, arranging exhibitions for disadvantaged children. He went to Czechoslovakia to learn the traditional art of stained glass and created many beautiful panes for clients.

He also took up printmaking near Saxmundham, specialising in woodcuts, carving eye-catching work inspired by the German Expressionists, and he had a strong following in the Black Forest region. He held numerous exhibitions in Aldeburgh and Sudbourne, near the Suffolk coast, coupled with a life so rich and well-lived that he leaves his friends and family with a treasure chest of happy memories and good times shared.

A woodland burial was held on 1 April near Saxmundham. Any communication, flowers, or if preferred, donations for the Dogs Trust, may be sent to Tony Brown Funeral Services, Saxmundham, IP17 1EH. 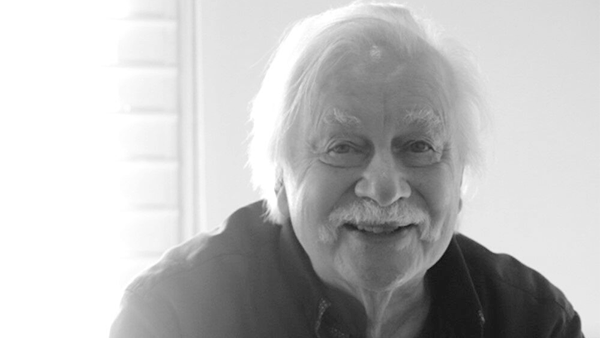