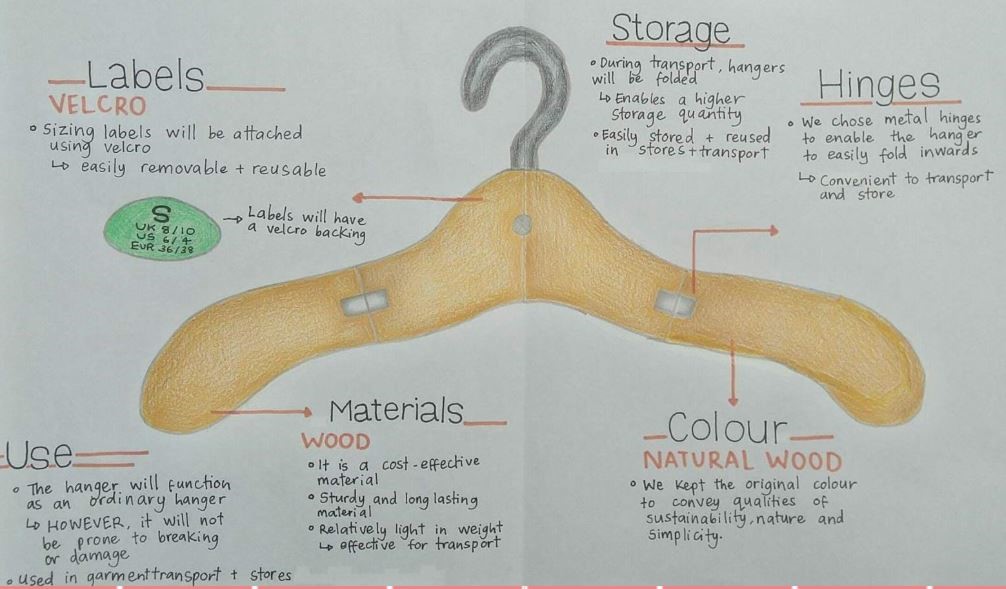 Design: Hang On - a multipurpose, reusable hanger designed to be used in shops and suitable for transportation, with features such as a Velcro label for sizing guides and foldable hinges meaning it can be stored for later use. Judges were impressed by the team's systemic approach in considering the product's entire life cycle, and also the simplicity of the proposal's starting point and focus on a single object. 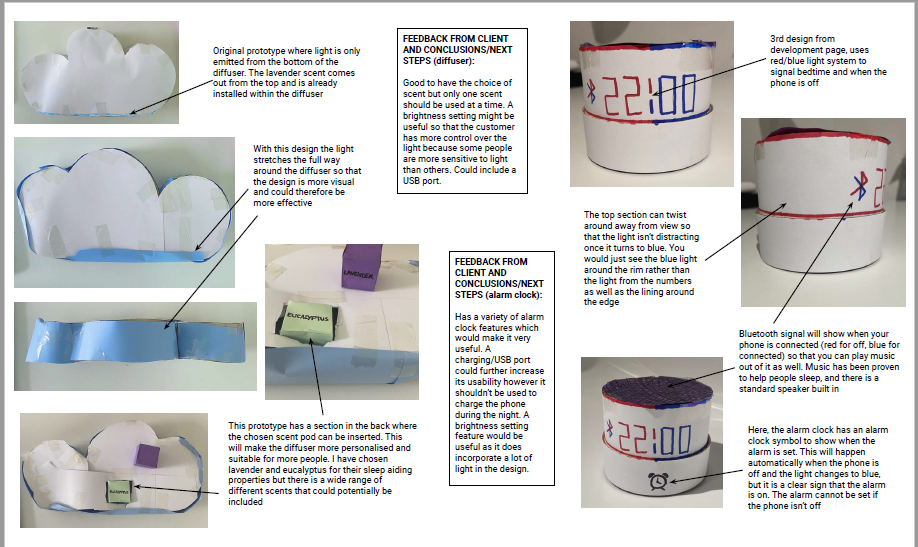 Design: Reducing Sleep Disturbance due to Screen Time - a Bluetooth connected air diffuser which encourages users to gain a healthy amount of good quality sleep. To turn the diffuser on, the user must switch their phone off, at which point calming lavender and eucalyptus scents will be released into the room. Judges praised the high level of human-centred design thinking that had gone into the research for this proposal. 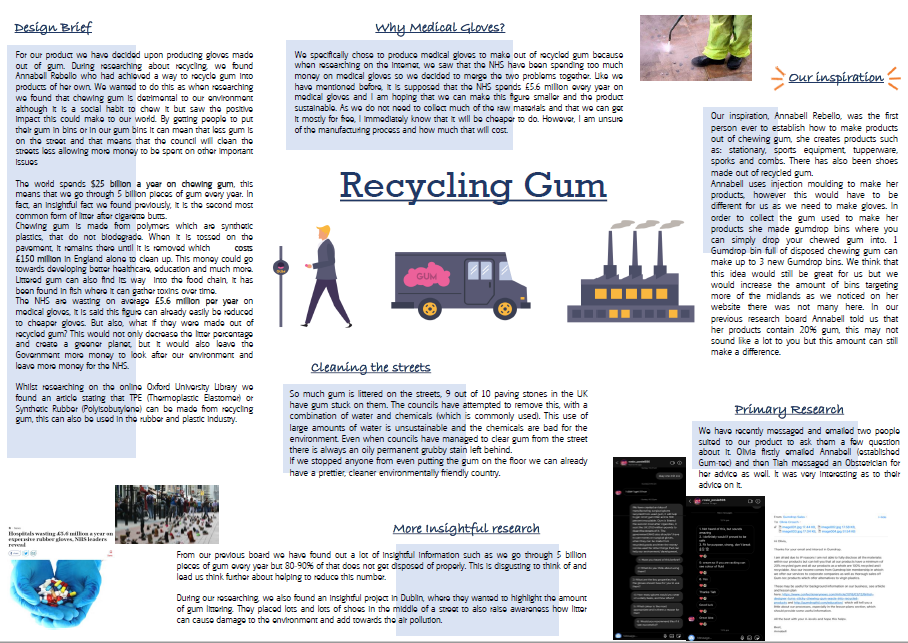 Design: Recycling Gum - tackling chewing gum waste and high costs of medical equipment by providing ‘gum bins’ for people to put their gum into. The gum is then repurposed into environmentally friendly and sterile surgical gloves for doctors, nurses and other health professionals. Judges praised the entrepreneurial spirit and advanced first-hand research into this idea.

Team: Avani Rai and Lakshue Baskaran
School: King Edward VI Handsworth School for Girls
Design: Cornflake Blue, a bowl with an adjustable base that controls portion sizes for the user, coloured blue based on the theory that this suppresses the appetite.

Team: Ria Mistry and Usman Fahir
School: Beauchamp College
Design: R.O.B. (Robot of Business), an interactive system that teaches pupils valuable skills such as how to write CVs and prepare for interviews.

School: RSA Tipton Academy
Design: an app made to get individuals to go out into their local areas and find physical activities to complete, using GPS tracking to locate tasks for users. The app encourages users to meet other people while playing.

School: Derby High School
Design: New Shoes – a game that explains mental health issues by allowing users to explore different ‘rooms’ in a building, each containing information about a different aspect of mental health, encouraging people to speak up more about their own experiences.

School: Joseph Rowntree School
Design: Yorbz – an app that encourages young people to discover the history of York by collecting ‘orbz’, based on research that many people do not know about the cultural heritage of the city, but would like to learn more.

Until the 2016-17 competition, the RSA Pupil Design Awards was only open to RSA Academies.

Team: Tom Owen, Nathan Johnson, Luke Underhill
School: Arrow Vale RSA Academy
Design: Smart Flooring, in corridors with lights only activated when someone walked on the sensors placed in the ground to reduce electricity use.

Team: Megan Smith, Ben Jackson, Aaron Bunn, Ryan Clarke, Connor Stanley
School: Arrow Vale RSA Academy
Design: A wrist device that students could use to alert a teacher if they were too uncomfortable to say they didn’t understand something in front of the class.

Team: Iqra Ali, Raheema Khalyal, Preety Dass
School: Holyhead School
Design: Pieces of Friendship, A puzzle designed for primary school children for arguing children to complete together- the idea being that the act of playing a game together would be a calming distraction.

Team: Owen Churchill, Owen Hartill
School: RSA Academy, Tipton
Design: An app where students can post their feelings anonymously and have them answered. A student could log on to this app and post thoughts, quotes feelings or situations that they were struggling with, whilst other people could then view this post and give advice or help to overcome the situation. This would be monitored by a school counsellor.

Team: Lucy Fulton and Kim Futrill
School: Ipsley CE RSA Academy
Design: A ‘local aisle’ in supermarkets, only selling food sourced from within a 15 mile radius (distinguishable by the purple flower sticker). Profits from sales get pumped back in to the community, and all left over food is donated to local homeless shelters, rather than being thrown away.

Team: Ryan Turner & Lousie Hearty
School: RSA Academy
Design: A water metre that displays a household’s water usage in an easy to read way. The metre also encourages saving water by allowing users to ‘compete’ with friends and family, and see how their water usage compares on a global scale.