These designers are being awarded the prestigious title RDI in recognition of their outstanding contribution to design and society. All eight recognise and reflect the importance of design in a changing world.

Their extensive combined experience, influence and innovation would be impossible to set out here in full, but with just a brief introductions to each designer, below, I hope to reflect the calibre of this year’s cohort. 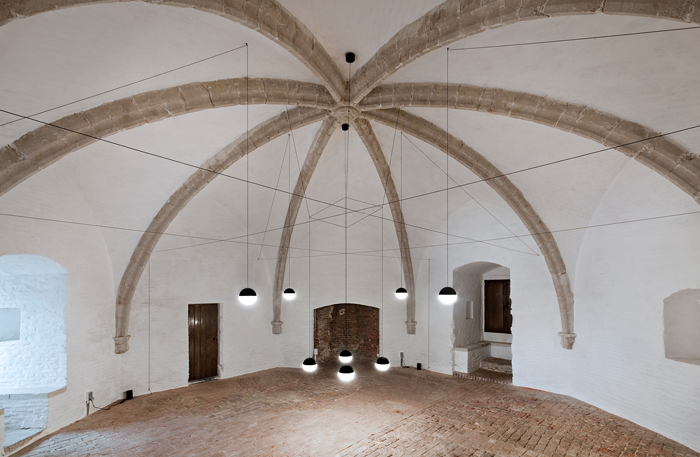 Michael Anastassiades is recognised for his excellence and innovation in lighting design and for supporting young designers, manufacturing and making in the UK.

Anastassiades' work is positioned between art, craft and technology, and aims to provoke discussion, participation and interaction. His distinctive, geometric and minimal designs for lighting apply aesthetic excellence with a sensitive use of materials and innovative technology. He has pioneered a new way of using ultra low energy LED light and now designs iconic products with leading manufacturers. His work is featured in the permanent collection at the Museum of Modern Art, New York, the Victoria and Albert Museum, and Crafts Council, London and MAK, Vienna.

Michael’s thoughtful, creative and progressive design supports the RSA’s early commitment to Arts, Manufactures and Commerce. He promotes UK manufacturing through the production of his own work supporting marginalised, traditional manufacturers in the UK. He has been influential in encouraging students and young designers to manufacture and sell their own work thereby showcasing young British creative talent at its best and creating job opportunities within the UK design and manufacturing industries. 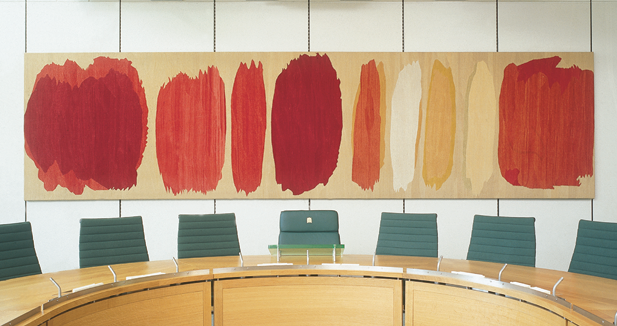 Kate Blee is awarded for contributing her outstanding expertise in textiles to social investment projects and therapeutic public spaces.

For thirty years Kate Blee has consistently produced work of outstanding quality in the fields of textiles, art and architecture. Blee has worked with many of the UK’s leading architects and been involved in social investment projects and public commissions, whilst continuing to develop her own practice with cloth. She has exhibited in the UK and abroad and her work is held in public collections at the Victoria and Albert Museum, The Craft Council, and The Contemporary Arts Society.

Kate Blee joined a select group of designers to develop LOSA, a design and craft social investment program within rural Zulu communities in South Africa. The project lead to sustainable jobs through local craft, and a similar social investment program followed, this time based in the Algerian Sahara. Illiza Home, sponsored by BP, was a collaboration between three British designers and 650 impoverished artisans, whose export market had disappeared over the last thirty years.

In 2007 Kate began to work as a lead artist in NHS hospitals, focussing on wellbeing, welcoming, a sense of place and identity and way-finding. She has worked on the redevelopment of Southmead Hospital in Bristol and the Brighton and Sussex University Hospital on a non-clinical unit for Macmillan Cancer Care, and the intensive Care Baby Unit at the John Radcliffe Hospital in Oxford.

Kim Colin will receive the RDI for her sustained excellence in product design and applying design thinking to create thriving and sustainable enterprises.

Kim Colin originally trained as an architect and formed the design office Industrial Facility in 2002 together with Sam Hecht RDI. She has been at the forefront of applying strategic design thinking to create complete and resilient design solutions, convincing companies to improve their business potential and influence on users, clients and to society at large. Her originality, intelligent design thinking and exceptional aesthetic set Kim apart from her contemporaries.

As European design advisor to Muji, she helped the company to grow significantly across Europe. Following this, she became design advisor to Herman Miller (US) playing a key role in re-introducing design values to the company, and designing several key pieces for their collection including the hugely successful  ‘Locale’ office system that introduced a more collaborative atmosphere to the workplace.

Kim has held exhibitions of her work worldwide including a highly acclaimed one at the Design Museum, London in 2008. She has also taught, written several books on design, and recently curated an exhibition ‘Beauty as Unfinished Business’ (Saint Etienne Design Biennial) to look at the wider role of design. Kim has mentored young designers as part of the British Council’s ‘Young Creative Entrepreneur’ program. Her contribution to the discourse on design – particularly for young people – has been significant. 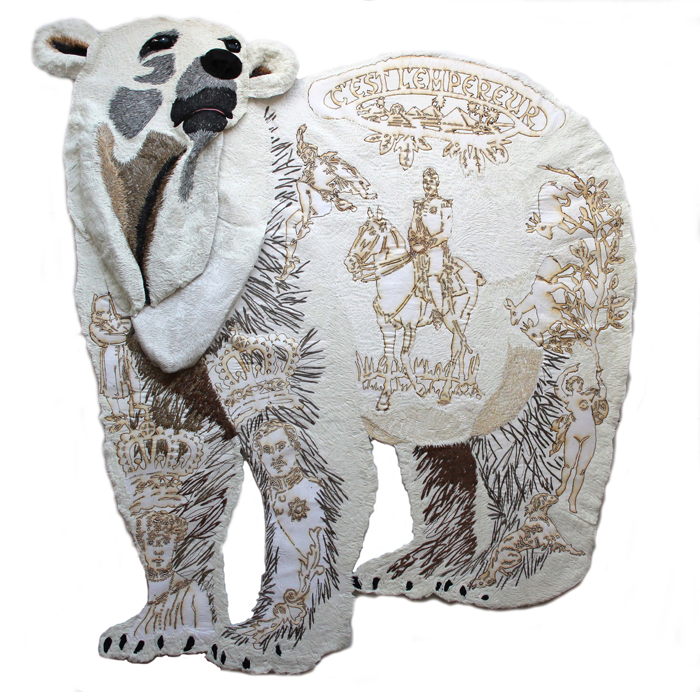 Karen Nicol is an outstanding embroidery and mixed media textile designer who has been working in the industry for almost 40 years. Combining textile design with stitch and an interest in recycling, Karen has re-invented traditional embroidery and embellishment techniques producing original, modern textiles for many different markets: fashion, interiors, film, theatre, ballet and advertising.

Karen produces beautiful, innovative creations for fashion collections all over the world and has undertaken large commissions for galleries and office headquarters. Unencumbered by the commercial and seasonal pressures of fashion, Karen experiments and pushes a discipline she has made her own, whilst still continuing to influence future designers.

Her impact on education across the UK and the USA is immense; she founded the Mixed Media course at the RCA, which challenges preconceptions of textiles, delivers innovative visual lectures and mentors at various universities. Her studio has provided training, employment and work experience for student and graduate designers, at a time when college facilities are being cut. She has written a book the infinite possibilities of recycling textiles. 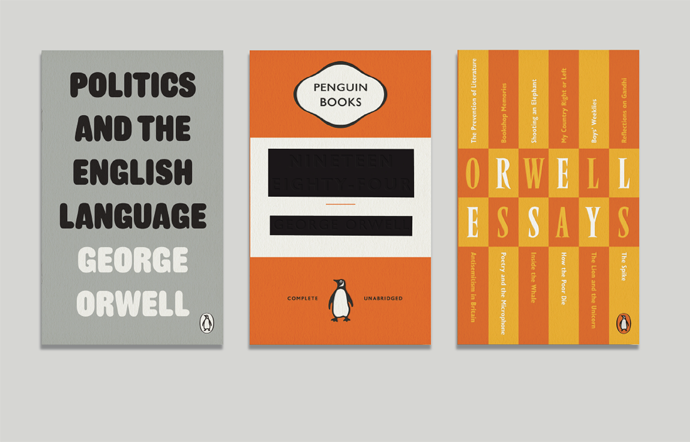 David Pearson is amongst the very best graphic designers working in publishing, book design and book cover design. His manipulation of type and image, and type as image, distinguishes his work from his contemporaries and his graphically literate approach subtly mirrors and enhances content.

Pearson joined Penguin Books as a text designer after graduating from Central Saint Martin's and moved to the cover design department six months later. He left to become a freelance designer in 2007 and now works alone commissioning illustrators and typographers for a range of high-profile clients.

Pearson has been awarded two D&AD Silver Awards and was elected to the Alliance Graphique International in 2012 by a jury of nine of his international peers. He is passionate about design history and design education, and has run design Workshops as well as lecturing extensively at institutions in the UK and abroad. He has also taught design history and typography.

By designing, lecturing, writing, interviewing and curating exhibitions on book design and typography, David Pearson has dedicated himself to promoting literature by keeping the physical book at the forefront, in defiance of the surge of digitalisation. In 2008 he started his own publishing imprint – Whites Books – to encourage appreciation of the physical book. He created beautifully crafted volumes of classics which could be sold at the price of a standard hardback book, trading directly with independent booksellers.

The new Honorary RDIs are: 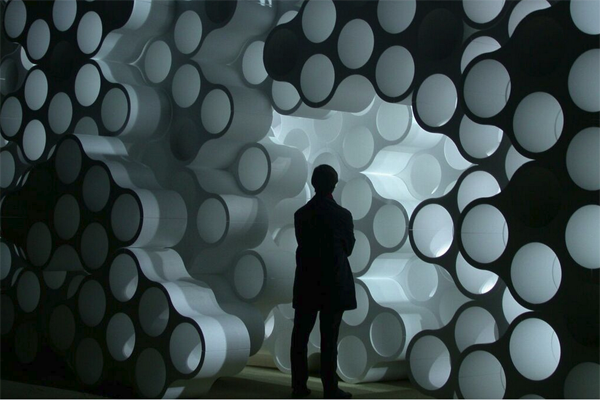 Ronan and Erwan Bouroullec receive the Hon RDI for their progressive and influential work across products, furniture and public spaces and impact on contemporary design culture

For over a decade, French brothers Ronan and Erwan Bouroullec have played a significant role in contemporary design culture and have led the way in challenging how contemporary design looks, is made and used. Their projects balance between commercial and cultural, and using a broad range of products and materials, their work uniquely bridges a gap between furniture and the architectural space that it inhabits.

The Bouroullecs are in the early stages of their career yet their work and influence already has global reach. It is found in small gallery collections, mass-market office systems and one-off installations. From producing textiles (Kvadrat), bathrooms (Axor), office furniture (Vitra), rugs (Nani Marquina), furniture, (Magis), and lighting (Flos), their output seems both effortless and ambitious.

Adopting both traditional and modern manufacturing techniques, they retain a very close understanding of the making process, which is often at the heart of their design ideas. They have taught for many years at ECAL, the influential Swiss design school, and participate in workshops with many other design institutions around Europe. Several publishers have created monographs of the Bouroullecs’s work.

Many of the Bouroullecs’ creations are now in prestigious museums, including the Musée National d’Art Moderne, Centre Pompidou, Museum of Modern, Art Institute of Chicago, and the Design Museum in London. They have exhibited at the Musée des Arts Décoratifs in Paris and the V&A in London. In 2014 they were awarded the London Design Medal. 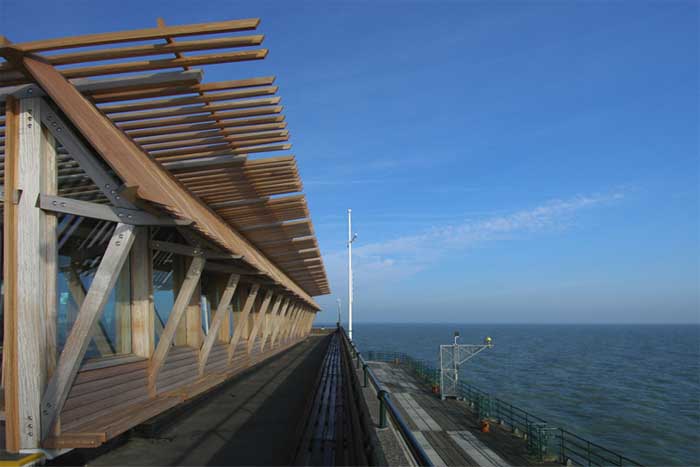 Niall McLaughlin for his innovative and contemplative spaces and commitment to teaching and education to inform best practice.

Niall McLaughlin is one of the most intellectually curious architects of his generation. He started his own practice 25 years ago and has since won a large number of architectural awards from both the RIBA and the AIA, developing a unique reputation for buildings that are individually crafted and exquisitely built.

Niall’s work is characterised by conceptual clarity and a concern for the craft of making architecture that delights in every detail. It varies in scale from the master-planning of substantial institutions such as the Natural History Museum, London, through to the beautifully considered Bishop Edward King Chapel in Cambridge. His work has featured in exhibitions in London, Oslo, Copenhagen, Belfast, Dublin and Philadelphia and articles about his award winning projects have appeared in the major art and architecture journals in the UK and around the world.

As a teacher, Niall has a reputation at the Bartlett (the UK's number 1 school of architecture) for running one of the most stimulating of the diploma studios. He has also been appointed to visiting professorships at UCLA and Yale.

Niall’s work has grown from private sector housing to more public projects for church communities and social facilities such as the Alzheimer’s Respite Centre in Dublin. The latter provides a series of calm, coherent spaces which reduce enervating distraction, aid orientation and encourage mobility. It has set a powerful precedent in healthcare design, showing that through design it is possible to alleviate disorientation, confusion and aggression and promote sociable interaction and a sense of security. His work for church communities has had a similar impact, setting new precedents for the design of spiritual and liturgical spaces.