I was born in 1984. This turned out to be a monumental turning point in London’s incredible history of growth. The city stopped shrinking – as it had done for 40-years previously, since the destruction of the Blitz. The city returned to growth and has since added over 2 million residents. 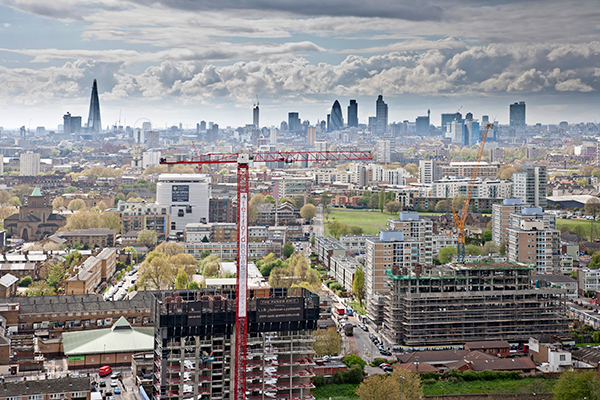 Lots of things have changed about London since 1984. Its city government was dissolved in 1986 only to return in the new millenium. The city is more international. People do different kinds of jobs, as is true across the country: fewer industrial workers and more business services. London has booming creative and financial sectors. London is adding about 10,000 residents each month.

How does a city manage growth at this scale? Things stay open later. Buses and trains run more frequently. A congestion charge deters people from driving. Workers live further outside London and commute in. And the city skyline is full of cranes putting up new buildings.

London in 2017 is a city desperately trying to keep up with itself, and not become a victim of its own success. For better and for worse, this is a city where lots of people want to be. It’s not just about economic opportunities, but about the social and cultural life. It’s not just a story of immigration; domestic movements (within the UK) are a bigger factor. And it’s not just about the choices of affluent people. 37% of children in London live in poverty.

Whole neighbourhoods have been transformed since the 1980s, with physical transformation around the former docklands in the East. But while the industrial decline there was foreseen, the current rate of growth was difficult to see coming. London has struggled to build enough homes and keep them affordable for the people who want to make home here. Housing is key to ensuring that economic growth is inclusive.

Like all global cities, London is a relatively expensive place. The biggest challenge for most Londoners has become earning enough to pay rent and to save to buy a home. In 1984 the average price of homes sold in London was £39,000. After adjusting for inflation, this figure has quadrupled in 33 years. Today, twice as many Londoners want to see house prices fall as want to see them rise. Two decades of home ownership in decline means renters now make up the majority of households.

Regardless, London’s economic engine of high productivity in a breadth of sectors and occupations ultimately relies on successfully housing a growing workforce in homes and neighbourhoods they want to (and can afford to) live in. Addressing this is fundamental to the overall social and economic success of the city. This requires new approaches on a number of fronts. Large-scale new development is part of the solution, making older parts of the city more dense. Inevitably, this form of development comes with its own challenges and opportunities.

From Croydon to Battersea to Brent Cross, large scale development means building not just thousands of homes, but creating whole neighbourhoods for the future. The vitality of social and civic life in these expanding places is how they will be judged. In the long-term, the quality and amenity of a neighbourhood underpins the value of the homes located there, and so it is in a developer’s interest to invest beyond bricks and mortar. In all elements of a newly built development, design quality matters – but the role of the community in governing and managing is crucial in the long-term. Cities at their best facilitate meaningful interaction between people and communities, and support a rich set of shared amenities.

Today we are publishing research which aims to shape London’s newest neighbourhoods. In particular, we assess the potential benefit in new large-scale development of providing a broader range of tenures than policy requires, in order to facilitate more mixed and balanced communities. Getting the housing mix ‘right’ should not be considered in isolation from investment in shared facilities which are ultimately where social mixing happens. Evidence shows schools and open space are particularly powerful in bringing neighbours together. And developers will indeed fund much of London’s social infrastructure for the next generation. London needs 100,000 additional secondary school places by 2025. That is the equivalent of building one new secondary school every month for the next eight years.

The scale and nature of change in London’s housing market in the last decade has meant that current policy, while well-intentioned, in many instances cannot keep up in delivering the social outcomes it was intended to secure. There are roles for planners, politicians, developers and the public in ensuring London’s newest neighbourhoods are communities which reflect and add to the diversity of the city. The fact that it is common for new development to face strong opposition locally shows how far we are from a healthy housing and planning system. At a time when the need for the diverse skills and experience to make great places is heightened, public sector resources – necessary to fill the most fundamental role of co-ordinating across all this construction – are shrinking drastically.

Developers have a greater responsibility than ever before. Without a considered and flexible housing mix, and support for the institutions and facilities which support social mixing, large-scale housing development risks becoming home to socially polarised communities, divided between rich and poor and without the vibrant social, cultural and commercial life that makes London special. Successful places build social capital locally – something that has been shown to be crucial in supporting life chances.

While a more equitable housing market remains an unsolved long-term challenge, future Londoners will demand that the current era of housing expansion doesn’t undermine the city’s track record of fostering socially integrated communities. We need inclusive growth in our newest neighbourhoods, and to change perceptions of how good large-scale development can be. For London to be successful, we can’t plan for anything less.