The human factor: what will really determine the pace of automation?

How should we predict, and prepare for, the impacts of automation? Should we take a quantitative approach, which uses machine learning and expert opinion to predict what jobs AI and robotics could replace, or should we also try to understand the human systems that surround these technologies?

Oxford University, the OECD, PwC and McKinsey have all had a go at predicting how many jobs robots will replace. Their estimates range from a conservative 5% to a daunting 47%.

In a previous blog, I tried to unpick these estimations. After wrestling with their assumptions and methodological differences, some common ground did emerge. These studies agree that around 30% of UK jobs will be significantly impacted by AI and robotics but disagree over how many of these jobs will be fully automated, or remain intact, albeit with a very different task composition.

But these figures are only estimations of what it is technically possible for robots to do, not what they will do. All researchers cite a plethora of reasons why widespread technological unemployment is not inevitable. In Frey and Osborne’s own words, “the actual extent and pace of computerisation will depend on several additional factors which were left unaccounted for”. 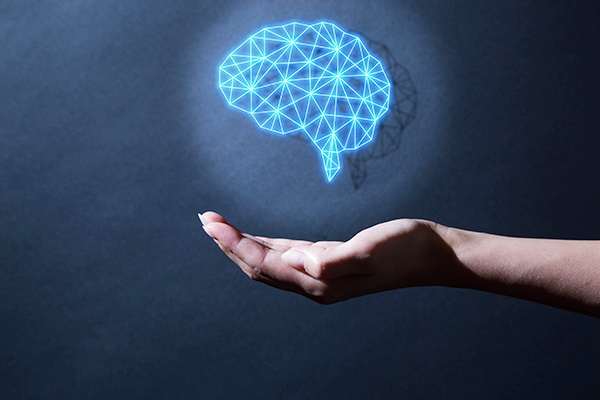 Some reasons why we can stop worrying (for now)

Ethics and regulatory issues remain unresolved. How should an algorithm decide between crashing into a car and killing two people, and diverting into a truck to kill one? Who is liable in the case of an accident? Is it the manufacturer of the hardware, the provider of the decision-making software, or the passenger if she is expected to take control?

FinTech is ahead of the curve, with the FCA having established a regulatory sandbox and robot advice unit to iron out some of these issues but it may be some time until we see equally forward thinking initiatives in other sectors.

Social norms and public acceptance will get in the way. People are not powerless. Public activism can influence what ‘automation’ looks like. Take the example of driverless trains on the London Underground. Strong trade union presence is likely to prevent technological unemployment here. Instead the train driver’s job is likely to be transformed into a more customer focused role.

Issues of trust loom large, with only 1 in 5 people reporting that they would trust mortgage advice from an automated service (c.f. 41% for a human).

As a society, we attach value to humans performing certain tasks. Take caring for the elderly or teaching the young. Even if it was possible for robots to carry out these tasks, we would want them to complement, not replace, the human touch. Likewise, as consumers we may have a preference for our hair to be cut by a human and be willing to pay a premium for this.

The business case might not be there by 2030. This depends on the relative cost and productivity of robots versus humans. Investing in robots is likely to require large upfront investment. Smaller firms might lack the necessary capital while larger firms might see this as too risky, until technologies are more widely tested and accepted. Meanwhile, human labour could remain relatively cheap and productive, at least in certain sectors.

Perhaps then we should be most worried about jobs that command relatively high wages, but that can be replaced by software, which is considerably cheaper to invest in. Legal office support is a case in point.

What about technology’s job creating potential?

According to our analysis of the Labour Force Survey, we have seen a similar surge in the number of programmers as we have primary school teachers, with employment in both occupations growing by 90,000 since 2011. Technology will continue to create new jobs but demand for existing job types will also increase. As the UK population ages, we will need a lot more care workers.

Virtuous feedback loops are possible. By boosting productivity, automation could reduce consumer prices, which stimulates demand for products and services, and hence demand for labour. Empirical studies of the utilisation of industrial robots show significant gains to productivity and no negative impact on total working hours at the sector level. Robots did reduce the hours of lower skilled workers but this was offset by an increase in the hours worked by more highly skilled workers. If worker productivity (and pay) increases, they will have more to spend and some of this will be spent on services with a human touch.

An important insight we need to act on, is that workers with little education face a greater risk of automation. This highlights the need to upskill our workforce so that they are able to adapt. The jury is still out on whether future learning should be more geared towards soft skills (for social interaction) or hard skills (to understand AI).

A focus on headline figures does not help

Many workers are more worried than ever about losing their jobs. Only 60% of routine workers agree that their job is secure, down from 71% in 2005. Quoting estimations without context won’t help alleviate this anxiety.

Instead, we should take these analyses as a starting point, look at what sectors are predicted most at risk, understand the dynamics of these sectors, and assess the extent to which the conditions for automation are in place. We need to engage with stakeholders in these sectors, rather than take a purely quantitative approach which abstracts from the way these businesses operate and people consume their products and services. We have tried to take an approach of this ilk in our forthcoming report.

This blog is the second in a two-part series on how we predict, and prepare for, the impacts of automation. You can read the first blog here.