“What made us rich was being liberated”

Matthew Taylor chats with Deirdre McCloskey, via email, about liberalism, capitalism and the state of economics today.

Matthew Taylor: You’ve had a very varied career. Could you give us a brief outline?

Deirdre McCloskey: I think of my career in the way the naughty American comedienne of the 1930s, Mae West, thought of hers: “I was Snow White. But I drifted!” Trained as a Snow-White Keynesian and engineering economist at Harvard, I drifted into British economic history, approaching it in a free-market, Chicago-School way before becoming a professor of economics and history, where I shifted direction again, to ancient rhetoric and modern literary studies, as a supplement, not a replacement, for supply-and-demand economics. The 1990s saw more drift: into so-called ‘Austrian’ economics, meanwhile changing gender (I was born as ‘Donald’) and becoming an Anglican. Quite a decade, you might say.

Since age 73 I’ve been retired, which gives more time for scribbling. I scribble for various academic journals, and in the decade past a good deal of opinion journalism has been thrown in. You can look on all this as a dog’s breakfast, I suppose, or more charitably as gradually getting the point: which is “humanomics”, an economics with the humans left in. And along the way, I’ve written a couple of dozen books. 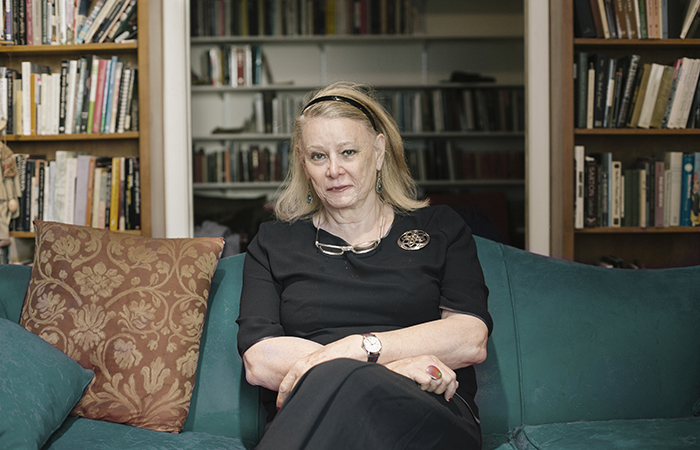 Taylor: It would be interesting to hear more about your shift from economics to history and how it has changed your view of the discipline.

McCloskey: I was at age 16 a socialist, at 20 a Keynesian, at 27 a liberal. What struck me is that the cadres of each disdain all the others. I found myself asking how economists really argue: not how they say they do, but how they truly do. How can they disagree, if all are Scientists, and the Method of Science is what you learned in fifth-form chemistry? I rediscovered the main conclusion of science studies since Thomas Kuhn: that scientists are humans, and therefore they argue in human ways, with metaphors and stories, models and data, authority and images, ethics and politics.

My friends in the humanities laugh at me for thinking that this is a big discovery. But it came as a shock to economists to be told that they were poets and novelists, like the physicists and historians. Not that the economists changed their ways after the shock. Following the understandable conservatism of science, they tried not to listen, and mainly succeeded.

In studying the humanities from the 1980s onwards, I came to see economics as needing breadth of a sort it has lost during the past century or so. Economists need to study language as well as prices, ethics as well as statistics, ends as well as means, history as well as the latest news. In a word, in the title of my upcoming book, they need that “humanomics”.

Taylor: You have long championed capitalism and its possibilities; what kind of capitalism do you think is needed for our current times?

McCloskey: Let’s get ‘capitalism’ straight. The word is exceptionally silly, a scientific error compressed into a poison pill, because it directs attention to the accumulation of capital as what made us rich and liberated. No, it did not. What made us rich was being (at first only a little) liberated, leading after 1800 to an explosion of innovation, accelerating in the next two centuries. The result was a 3,000% rise in the real incomes per person of the poorest among us. A nascent liberalism in north-western Europe, and at length in a good deal of the world, gave ordinary people permission to have a go. And go they did.

A better word than capitalism is ‘innovism’. It reorients economics to studying the conditions for human creativity. The conditions are not top-down coercing of people but liberty. Would you favour top-down coercion in painting or music or science or fashion? I thought not. So why in the economy?

Taylor: Have the unprecedented threats we face in many areas – Covid-19, climate change and rising populism – changed your thinking about capitalism in its current form and our best route to recovery?

McCloskey: The real threats we face today are two: tyranny, which denies liberalism; and poverty, which tyranny causes. After dealing with tyranny and its evil fruit, the rest can follow; dealing for example with global warming (humanly caused and humanly solvable), or with the alleged rise of inequality (which in fact is falling in the world like a stone). Authoritarian populism of the Trump-and-Putin sort leads backwards, away from liberalism. There is no other good future for humans but a generous and respectful liberalism.

Taylor: The pandemic has resulted in calls for further state intervention and, at present, governments worldwide have indeed taken a greater role.

McCloskey: It’s like a forest fire, which we liberals believe the state should fight quickly, as South Korea and New Zealand did. Alas, the UK and the US did not, and now they are in flames. But it does not mean the state should take over the economy permanently. Labour’s Clause IV has been well tried, not to speak of the USSR or Venezuela, and has not worked.

Taylor: There is mounting evidence that the impacts of climate change are with us already.

McCloskey: Yes: look at the literal forest fires on the west coast of the US earlier this year. But a liberal economist says, ‘be prudent’. (Actually, any economist says that: it is what we are hired to say.) ‘Don’t do foolish things, like closing down industrial civilisation. The threat is not existential, despite what Swedish schoolgirls believe. Listen to Danish engineers instead.’

Taylor: Do these factors change the role that we need the state to play?

McCloskey: No. We must be wary of throwing away our creative liberties in exchange for a masterful man on a white horse, or even a Sir Humphrey Appleby GCB KBE MVO in a white hall.

H. L. Mencken noted that “the whole aim of practical politics is to keep the populace alarmed (and hence clamorous to be led to safety) by menacing it with an endless series of hobgoblins, all of them imaginary.” Another word for liberalism might be ‘adultism’. We should not treat adults like terrified children.

Taylor: Could you say a bit about your latest book?

McCloskey: This is a short book I wrote with Alberto Mingardi, The Myth of the Entrepreneurial State. It takes aim at the utopian tyranny recommended by, among others, the economist Mariana Mazzucato. She believes in statism, the Keynesian idea that we wise economists can run the economy from above. Mingardi and I doubt it.

Taylor: You have talked about the need to reclaim the word liberal, which you argue has been under assault from the centre left and right. Could you go into more detail about how you believe liberalism has been distorted from its true meaning?

McCloskey: Let’s get ‘liberalism’ straight. In the tradition of Voltaire and Adam Smith and Mary Wollstonecraft it means a society with equality of permissions, with no physical coercion to slavery: no serfs to lords, citizens to kings, wives to husbands. It is deeply egalitarian, which in 1776 was a shocking notion, and has been only slowly and partially realised since then.

The word ‘liberalism’ started to morph into its opposite in a New Liberalism initiated by the Oxford philosopher T.H. Green in 1881. Instead of a permission not to be coerced, it became in the Liberal Party, in US Progressivism, and in various socialisms and fascisms, a “capacity of doing something worth doing”, as Green put it. But we already have words for such a capacity: power, health, intelligence and, above all, wealth.

Green started off on the road to the economist Amartya Sen’s confusion of capabilities with liberty. We arrive at a limitless justification for coercing Peter to give to Paula. The outcome is the modern state, seizing for its fine purposes a third to a half of what its citizens make. Liberalism was a new permission to have a go in art and science and business that made us rich and liberated. Now it’s two centuries old and under attack by armed utopians, but still the best life for humans.

Taylor: You have said that liberalism is grounded in equality. At a time of greater inequality than at any other point in living memory, what does this mean for the future of liberalism?

McCloskey: It is quite false, actually, though repeated endlessly, that we are in a time of inequality. I have written at some length on the matter in Why Liberalism Works, but to give a desperate summary: world inequality is at the lowest point since 1800, when the average Briton was earning about £3 a day (expressed in modern prices); now she earns about £90 a day in the same terms. The rise dwarfs any redistribution. The cant about inequality is startlingly poorly founded.

But the trouble is that people believe that things today are rotten in all kinds of ways, and that is indeed a great threat to liberalism. People have to accept an ideology of adult self-respect and respect for others, and to resist the childish sin of envy, in order to avoid descending into populisms of left or right.

Taylor: What would a more liberal approach mean for how we think about and practise economics?

McCloskey: See humanomics. Liberalism is a foundational discipline for all the modern sciences, natural or social or humanistic. It’s not an accident that science has flourished most in the more liberal societies, from ancient Athens to the modern UK and US. The anti-ethical, positivist, neobehaviourist and illiberal movements over the past decades in economics, which I skewer in my upcoming book, don’t fit the bill for an ethical and persuasive economics for a free people.

Taylor: You have described Trump as a sociopath. If he wins a second term, what will this mean for US economics and liberalism?

McCloskey: “A lazy, ignorant, narcissistic sociopath”, actually. If by the time this is published, Trump has won, I will have applied for Irish citizenship. But it will lack point, because liberalism worldwide will collapse. The tyrants will have won. We will have decades of darkness until the obvious and natural system for beings descended from bands of egalitarian hunter-gatherers will be able to reestablish itself.

If, deo volente, he has lost, the opposite will happen. The success that Putin had in getting his Manchurian candidate into the White House will come to naught. The encouragement to tyranny that Trump’s term brought across the globe will reverse. Hallelujah, hallelujah, liberty has risen indeed.

This article orginally appeared in the RSA Journal