Does MMT add up?

As we face a series of existential crises, it might be time to turn to modern monetary theory.

In 2013, philosopher Daniel Dennett said in reference to religion: “There’s simply no polite way to tell people they’ve dedicated their lives to an illusion.” The same applies to our embrace of mainstream macroeconomics, which, given its appalling predictive performance over many years, falls into the category of religion. For example, since the 1990s, Japan has run large public deficits and accumulated the highest level of public debt in the world (and its central bank has been buying most of this debt). Mainstream economists predicted rising interest rates and bond yields, accelerating inflation and, inevitably, government insolvency. All predictions failed dramatically.

Similar predictions of disaster were made during the global financial crisis, when many governments followed the Japanese example. But the predictions were grossly inaccurate – because the underlying economic theory is wrong. Austerity-obsessed governments, applying that flawed theory, have forced their nations to endure slower output and productivity growth, degraded public services and infrastructure, elevated and persistent unemployment and underemployment, flat wage growth, and rising poverty rates and inequality. Neoliberalism fails to deliver, and the theories used to justify it are wrong. 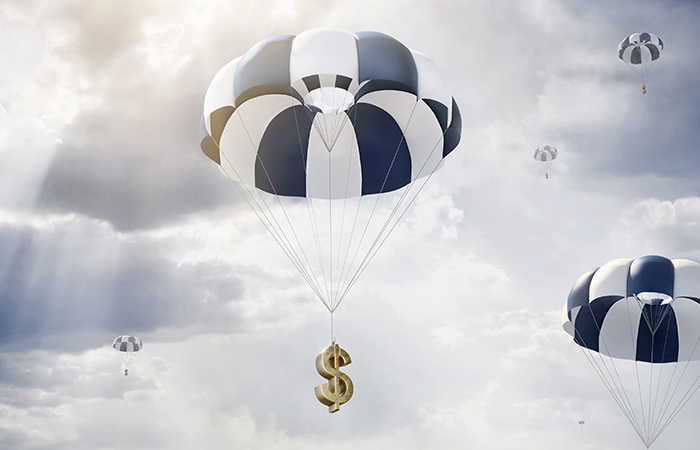 An alternative macroeconomics paradigm – modern monetary theory (MMT) – is attracting attention because it provides an accurate understanding of real-world monetary systems that allows for better policy formulation to meet the social, health and climate challenges before us. A mainstream economics graduate can say nothing sensible about public policy.

MMT teaches us that a household uses its country’s currency and its spending is financially constrained. The government that issues this currency is not so constrained. It can never run out of its own currency and can purchase anything for sale in that currency, including all idle labour. Mass unemployment is always a political choice. Government spending is only limited by the availability of goods and services. If productive resources are idle, government spending can always bring them back into use, without generating inflation. The role of fiscal policy is to ensure all productive resources are fully employed; to maximise material prosperity within ecological constraints. It is not to achieve some financial outcome (surplus or otherwise). At full employment, any further public spending growth will cause inflation. At that point, a government wishing to increase its resource use has to reduce non-government usage. Taxation achieves this purpose by curtailing private purchasing power. But it is not required to fund public spending.

Why have Japan’s huge deficits, largely funded by central bank money, not been inflationary? Because the government maintains total spending in proportion to available goods and services and the non-government sector chooses to save. Why are bond yields low in the face of large public debt? Because central banks can always control yields through bond purchases. Private markets can never push yields up if the government does not allow them to. MMT is often dismissed as flawed and unrealistic. But mainstream economic theory has shown time and again that it cannot effectively tackle the challenges facing the world today. It is time for a change.

This article originally appeared in the RSA Journal