We like to think of business as a static machine: inputs go in, products come out. As sustainability moves up the business agenda, the question has become ‘what is the purpose of this machine and how can it be made more responsible?’ Efforts towards reform have prioritised transparency and reporting. Regulators have also encouraged company management to voluntarily take into account how their machine impacts all stakeholders, not just shareholders. Investors are piling in to support the most stakeholder-friendly companies.

Unfortunately, these efforts at cajoling business into social responsibility have fallen short. This is partly because we are fixed on the wrong metaphor. Business is not a static machine. It is not a magic productivity box. Business is a combine harvester. It sucks in land, capital and people and churns up the world as it goes. The stock market is not just a tally of value; it is a map of how much physical and social space corporations have colonised. Two things become clear with this paradigm shift: it matters in which direction we point these machines, and it matters how powerful we let them become. 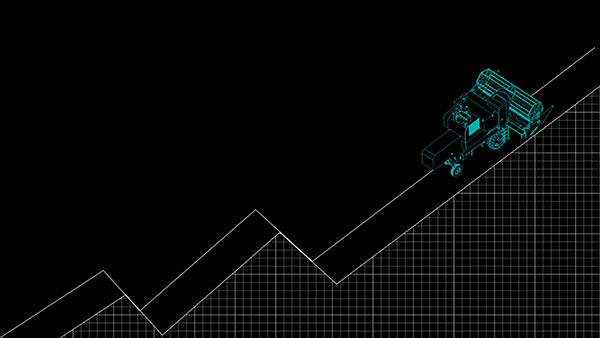 The combine harvesters will not slow down voluntarily; they are built to churn, and technology has only sped things up. The law, which is meant to provide guardrails circumscribing the machines’ scope of movement, has also stepped out of the way. Limited liability absolves those driving the machines from financial accountability. The principle of shareholder value maximisation and the practice of quarterly reporting force directors to put the pedal to the metal, and executive remuneration that ties pay to share price rewards them handsomely for doing so. Competition law – the law that governs how companies compete in the market, how they may exert their power, and how and when they may join forces – has facilitated the steady concentration of markets, channelling power towards a few companies in each industry. From Big Tech to Big Food, the combines have been getting bigger and bigger, and more and more powerful. In the UK, for example, 70% of the groceries market is controlled by just four supermarkets, with Amazon coming up fast.

These global monopolies that distort competition have been created with regulatory permission, ironically in the name of ‘free market’ capitalism. Mergers are approved and monopolies tolerated under the aegis of efficiency. But this again is the view of business as a static machine. If we recognise business as a combine harvester, we see that allowing companies to accumulate power actually supercharges the machine as it shapes the real world with ever-greater disregard for those in its path. ‘Innovation’ is relied upon as a fig

leaf, used as a get-out-of-jail-free card to justify monopolised industries. In reality, not all innovation is good. Credit default swaps are a sort of innovation, and they brought the financial system to its knees. Fracking and opioids are innovations. It surely matters what kind of innovation we are talking about. We must not lose sight of this.

Competition law is currently being used to protect a narrow set of public interests that, in reality, are aligned to the needs of the combine harvesters. The technical standard within competition law that is applied to parse good competition from bad is ‘consumer welfare’, with the ultimate test being whether the business conduct in question will result in lower prices for consumers and thus be deemed pro-competitive, regardless of how monopolised the resulting market is. Thus, over the past few years, a string of mergers in the agribusiness sector were approved worldwide, taking the Big Six down to the Big Four, and leaving farmers facing enormously powerful companies dictating every aspect of planting and cultivation, with serious implications for global biodiversity.

This logic that focuses only on consumer prices is flawed on at least three levels. First, for many digital products, the sticker price to the consumer is free but we pay in other ways: in kind, with our data and in money, through the products we buy once we click a personalised advert. We pay also through exposure to addictive apps, disinformation, online hate and the subversion of democracy.

A second example can be seen in the profound impacts of corporate activities on the environment. Prices do not capture the negative externalities of production, for which neither the producer nor the consumer pays. These unaccounted costs have brought us to the brink of ecosystem collapse. Again, low consumer prices are not an adequate benchmark.

Third, and relatedly, we are not just consumers. We are also workers, parents, citizens, communities and inhabitants of this fragile planet. The power of business over these aspects of our lives surely matters too, and a focus on low prices often works directly against those interests. The low price/low wage spiral keeps us pushing for cheap goods and services as consumers because as workers we are paid less and less to make them. Low prices crystallise the unequal bargaining positions of zero-hour workers and independent suppliers against powerful employers and buyers. When the farmers feeding the nation are forced to visit food banks, cheaper chickens in our supermarkets cannot be the solution.

Most consumers do not need persuading; however, they might not be aware that we have on the books a law that is capable of challenging corporate conduct at an existential level. By ignoring these other facets of power, competition law is not serving the public interest. The wealthy are able to jump out of the way of the passing combine harvester, following in its wake to scoop up the bountiful products and generous dividends it produces. Meanwhile, the impacts on the poor compound, further embedding systemic race, gender and class disparities, as well as the exploitation of the Global South.

Putting the brakes on

Clearly regulation has a role to play in protecting us from the worst corporate abuses. This implicates a whole host of regulatory regimes, from corporate tax to environmental law to

The origins of modern competition law lie in the American tradition of anti-trust and anti-monopoly, which saw economic concentrations of power as a fundamental threat to liberty and democracy. At the turn of the 19th century, the robber baron enterprises were often referred to as ‘combines’ because they rolled up whole industries into singular monopolies. Now we need a new vision of competition, and a new role for competition law, which acknowledges the latent threat of these powerful combines and seeks to harness that power for the public good. We must promote not the efficiency of the static machine but instead the integrity of the markets and the balance of power between the state and private enterprise.

Solutions fall into three categories, the three D’s. First, Disperse: we must disperse power using the full potential of the law to block future mergers and break up existing monopolies. Second, Democratise: any power that cannot be dispersed should be democratised by giving stakeholders representation at board level and by creating countervailing structures of power through cooperative business models and unionisation. Third, Dissolve: power that resists dispersal and democratisation, and which consistently breaches the public interest, should be dissolved by having the privileges of incorporation revoked.

Such a vision of corporate regulation could underpin a very different model of capitalism, one that is no longer synonymous with rentier finance and monopolistic power. The balance of power would be served by constraining the influence of concentrated capital; by empowering the currently disempowered to challenge monopolies and enabling stakeholders to stake a claim in the economy; and by democratising corporations and sharing the benefits of their power.

Economic security and resilience depend on the principles of freedom, democracy and fairness. They also depend on true economic responsiveness and dynamism. Monopolised industry ossifies, fixing its contours around the interest of the incumbents, not of the public. Path dependency sets in as we are forced to follow the tracks cut by the combines. Competition law must catch up to these powerful machines. Only by modulating their power will we be able to share the benefits of capitalism more widely.