The nature of things

We need to include natural capital in our economic systems in order to create a sustainable future.

The ecological footprint of human beings has far exceeded the regenerative capacity of the biosphere. Government intervention to tackle the Covid-19 pandemic has involved more expenditure or less public revenue, or both, amid mounting sovereign debt risks, especially for emerging markets. Growing our way out of the crisis – along with significant sums of government expenditure – would be ideal. But how we grow matters.

The economics of natural capital

As the interim report of the Dasgupta Review, an independent review on the economics of biodiversity commissioned by the UK government and written by Sir Partha Dasgupta, explains, our current way of looking at growth considers the economic system as separate to the natural world. Sir Partha proposes that we acknowledge our economies are embedded in the biosphere. There is no economy without this and our economic – and societal – prospects are intrinsically tied to the destiny of the natural system of which we are part. The biosphere and its regenerative capacity represent an upper limit to our economic demands.

If we think of natural capital as a fund and ecosystem services as the interest, our long-term use of the fund is only sustainable if we withdraw within the value of the interest cashflow stream. Always spending over this amount (as we are currently doing) means we are depleting capital. An ever-smaller capital base will generate lower returns until nothing is left. We need a new economic paradigm that incorporates nature as both a boundary system – showing us where our limits are – and a pillar of growth. 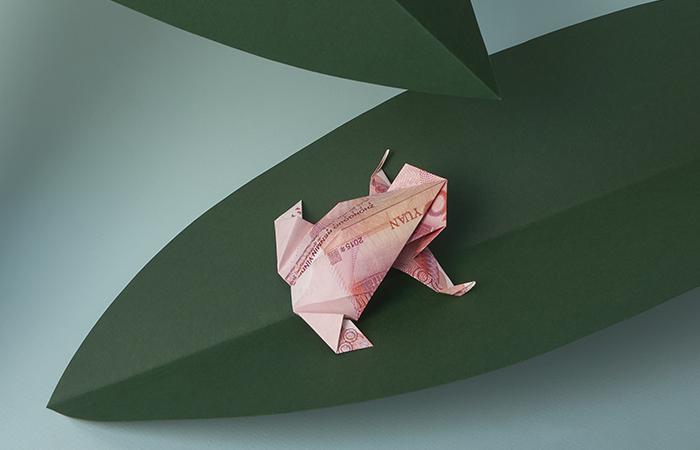 Although 55% of global GDP is moderately to highly dependent on natural capital, according to the insurance firm Swiss Re, our economic growth equations ignore this fact. But the loss of natural capital will affect countries’ production across all sectors and will increase risk mitigation costs for the global economy. For example, soil fertility, water supply and moderate temperatures are indispensable, as they are needed to produce our food; once damaged, lost or irrevocably altered these can be costly or impossible to replace. Economic sectors are dependent on natural capital, but are destroying and polluting their own resources. This is clearly not tenable.

According to the Intergovernmental Science-Policy Platform on Biodiversity and Ecosystem Services, the global rate of species extinction is at least 10 to hundreds of times higher than the average rate over the past 10 million years. Over a third of our global land surface and two-thirds of our surface water are devoted to crop and livestock production, displacing many species from their natural habitat. Growing populations and increasing economic activity demand inputs from our natural system and impose heavy burdens on it, resulting in natural capital loss.

It is to each country’s benefit to preserve and regenerate their natural capital. Yet a study by the Paulson Institute, the Nature Conservancy and the Cornell Atkinson Center for Sustainability estimated that in 2019 the finance provided for biodiversity protection amounted to only $124bn–$143bn; compare this with figures from the same study which estimate that we need to spend $722bn–$967bn per year over the next 10 years to effectively tackle biodiversity loss. The risk of depleting biodiversity is particularly high in emerging markets, which often have high stocks of natural capital and a pressing need for poverty alleviation and jobs. The obvious solution is to use these natural resources to kickstart the economy and generate jobs and prosperity. But this is a false economy.

Thankfully, public understanding of climate change has improved over recent decades and there is greater acceptance that it poses an existential and financial risk. We have advanced in the ways we discuss it and in trialling ways to address it, for example, on carbon pricing. However, natural capital is more complex, as it is composed of so many different elements that are interconnected and depend on one another, with the health of these components all measured in different ways. Despite this, natural capital regeneration and climate change mitigation and adaptation share some fundamental problems and, as a result, solutions. The six proposals below use the similarities between both to address the question of sustainable growth, one that accounts for our dependency on nature.

First, we need to encourage financial sector engagement in the post-2020 biodiversity framework and its financing mechanisms. This means embedding natural capital and biodiversity at the core of financial decision-making. Information exchange and collaboration between the financial sector and the Convention on Biological Diversity (CBD) – a multilateral treaty signed by 30 states – would be a welcome step (and the CBD is calling for this).

The financial sector can play a catalytic role by formalising and mainstreaming its engagement with governments across the world to help advance the alignment of national policies with natural capital protection and regeneration. Earlier this year, for example, more than 30 funds with over $4.6tn in assets joined to pressure the Brazilian government to end its policies that are destroying the Amazon rainforest. These efforts were the start of a wider plan to engage with the Brazilian government and led to a temporary ban on setting fires in the rainforest. Investors should bring this type of policy engagement into the mainstream as part of their relationship with global sovereign debt issuers; as natural capital loss translates into economic risk, they have good reason to do so. This would signal that access to financial markets is highly dependent on protecting nature and promoting regeneration.

Second, we need to address the incentive problem. Natural capital loss and climate change are the results of our longstanding lack of understanding (or deliberate ignorance) about the negative effect of untrammelled economic activity on the natural world and climate. As the World Bank highlights in its 2020 report, Mobilizing Private Finance for Nature, we currently have various short-sighted policies that prioritise production and its corresponding instruments and incentives. The actors that depend on natural capital for their activities and profits are those despoiling our natural capital and biodiversity, but they do not pay the full cost of their contributions to climate change or environmental degradation. In a way, we as a society are subsidising them.

A way to address the problem of perverse incentives is to identify, assess and reform subsidies that are harmful to biodiversity. The OECD estimates that government subsidies for activities that exploit nature amount to $4tn–$6tn per year globally. Such subsidies are entrenched in national economic policies, and it falls within the remit of national governments to develop policies that are consistent with regenerating nature. These perverse subsidies are a clear case of governmental focus on the short term to the detriment of long-term macroeconomic performance.

Third, we need to ‘internalise’ the value of nature, building it into all of our societal systems. Given the complexity of natural capital and biodiversity, it is nearly impossible to reduce targets to a number that is equivalent to greenhouse gas emissions. It is an area that needs much more expert discussion, including the participation of indigenous peoples. As the stewards of many of our remaining natural-capital-rich areas, indigenous people have a wealth of knowledge to share. We need to agree on the right metrics and start embedding the cost of biodiversity loss not only in businesses’ accounts but countries’ national accounts.

Fourth, we need to create a transparent monitoring and reporting framework at the sovereign level. The CBD is designing a post-2020 global biodiversity framework. We can only achieve its 2050 vision of valuing, conserving, restoring and using biodiversity wisely through international consensus on targets and transparent implementation of agreed commitments. Governments should agree on comparable metrics to report their progress on shared biodiversity targets, preferably with plans for policy alignment. As the CBD highlights, transparent reporting would also allow swift corrective action to be taken when required.

And finally, we need to provide technical assistance and support capacity-building efforts. This will be necessary for countries – particularly emerging economies – to engage in the reformation of their policy frameworks and corresponding incentives.

The recommendations above would help define the right incentives for changing our conception of economic activity to see it as intrinsically embedded within the boundaries of the biosphere, as the Dasgupta Review suggests. They are not exhaustive, but they are a start.

Covid-19 has demanded unprecedented fiscal intervention, amounting already to $12tn, or 12% of global GDP. This public expenditure increase has come at a time of concerning debt build-up across emerging markets, making it even harder for low- and middle-income countries in particular to access additional finance, which is needed now more than ever. Sovereign debt defaults remain a genuine risk for these economies.

Eliminating perverse incentives and channelling government expenditure towards resilience – including afforestation projects, parkland expansion and enhancement of rural ecosystems – allows fast implementation of low-requirement and shovel-ready projects that are also significant job multipliers. By addressing and accepting our dependency on nature, we can start to overhaul our economic system to create one that is sustainable. This is not simply a ‘nice to have’; it is essential if we are to continue to achieve economic prosperity not only for our generation, but for generations to come.

This article originally appeared in the RSA Journal