The 'new normal’ is up for grabs and we should actively design as much of it as we can. In order to do this we’ll need to improve our national decision-making.

This is the first of three blogs by Richard Ellis exploring ways in which we can broaden and improve our national debate.

“Take Back Control” should not have been such an effective slogan. Its persuasive power during the Brexit referendum points to a weakness in our political system: too many of us feel that we have too little control over too many of the decisions that shape our lives. 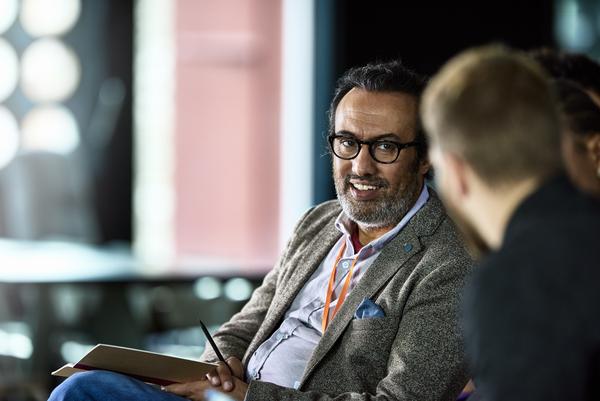 It is vital that we correct this democratic insufficiency so that we can respond properly to Covid-19, a deep recession, Brexit’s aftermath, globalisation, technological change and the culture wars.  The ways in which we decide to tackle these questions will define our future for decades.  As a nation, we need to ensure both that we make the best possible decisions and that people can feel confident that their needs and opinions have been understood and taken into account.

This means that we broaden access to our national debate. If we can include more voices in our collective discussions, then the resulting decisions will be better informed and should better reflect the experiences, opinions and hopes of the people whose lives will be governed by those decisions.

There are clearly limits to what can be achieved in this regard.  The population of the UK cannot meet collectively in a council chamber. An online virtual parliament to which all could contribute might work in theory but in practice it would collapse under the volume of contributions.  Britain cannot operate as a direct democracy; we must therefore have a representative democracy. This is why we send Members of Parliament to be our representatives in the House of Commons; the question is whether MPs should be our only representatives.

Many of us seek political representation from those who do not sit on the green leather benches.  Someone who has just founded a start-up company might feel better represented by the Federation of Small Businesses than by their local MP. A veteran of the war in Afghanistan may support the aims of the Royal British Legion more than they support the agenda of any political party. A young Black person may be more motivated to support Black Lives Matter than to put a cross on a ballot paper. A parent may feel well-represented by active members of their local council trying to improve education in their area but also pressing for changes to national policy.

These are clearly very different organisations, but they all have passionate supporters. At present, many of these groups struggle to have the impact to which their breadth of support entitles them. Access to policymakers is a precious commodity. Without either friends in high places or the services of an expensive lobbying firm, many campaign groups are unable to make their voices heard in the rooms where decisions are made. The result is that many shout from the outside, while many others are scarcely heard at all.

The system is stacked against many of our national campaign groups; so we should change the system.​  These representative groups and organisations should have a formal role in our democratic process.

The best way of achieving this would be to establish a new parliamentary chamber. Unlike the House of Commons and the House of Lords, however, this chamber would have no permanent members. Its membership, and potentially its location, would change on a monthly basis.​

This third chamber, which we might call College House, would meet once a month. Campaign groups wishing to participate would be given slots of 30 minutes each within which to make their case. The sessions would be chaired by an impartial official who would serve only to ensure that the House’s rules and procedures were observed.​

Within reason, those taking part could use their time as they wished. Many would wish to make an eye-catching and thought-provoking presentation that might win media attention for their cause. At the end of their presentation the given campaign group would have to conclude with a Request for Action. This would ask a specific Minister to take some defined action(s); he or she would not be obliged to take the action suggested but they would be obliged to provide a full response to the request. College House would be given power to compel the Minister to provide a further response if it considered that the initial response was inadequate.​

College House would be open to any campaign organisation whose membership figures demonstrated a certain level of support. The new Chamber should also work with the existing e-petition system so that popular groups, which do not have formal membership would have a means to demonstrate the breadth of their support. This would also individuals to use the Chamber if their petition received a specified number of signatures.  In the event that the number of applications to use the Chamber exceeded the number of slots available, a small committee could assess the applications and determine which organisations should be given the opportunity to speak.​  This committee would also have discretion to accept applications from smaller and less well-known campaigns if those campaigns have an important point to make.

College House should be open to those with their own electoral mandates. Local councillors, for instance, often work tirelessly for their constituents and build up a vast repository of practical knowledge and experience. If a group of such councillors want to use College House to speak directly to the government then they should be encouraged to do so and the same should apply to other elected posts such as mayors and Police and Crime Commissioners.

The new chamber could initially take a Westminster committee room while it was establishing its place as a new part of the legislature.  In due course, however, it should get on the road and meet in locations across the UK.  In addition to making it easier for some groups to access the new chamber, this would also have the symbolic value of taking part of parliament out of Westminster and moving it closer to those communities which have felt ignored and left behind.

Similar chambers could potentially also be established in respect of the Scottish parliament, the Welsh parliament and the Northern Ireland assembly.

We cannot properly design the future unless we can have a meaningful conversation about what we want it to look like. We can only have that conversation if we can allow far more of our representatives to have their say on our behalf. That is why we need to open up our national debate. Establishing a British ‘House of Representatives’ is the first stage in designing the new normal.

Richard Ellis is a freelance journalist and a former researcher for a Member of Parliament. If you would like to hear more about proposals for giving Britain’s campaigning organisations a voice in Parliament please e-mail [email protected]–in-parliament.org.uk.