The media, government and civil society organisations are increasingly shining a spotlight on the complicity of financial institutions in modern slavery.

Maria Nizzero argues that ignorance is not a line of defence when it comes to modern slavery and the UK’s financial sector.

Modern slavery generates billions of dollars in profits every year. Those who engage in labour exploitation are driven by money, and yet many individuals across the financial services sector are ignorant of the part their organisations play in this crime, through their supply chains and business activities. 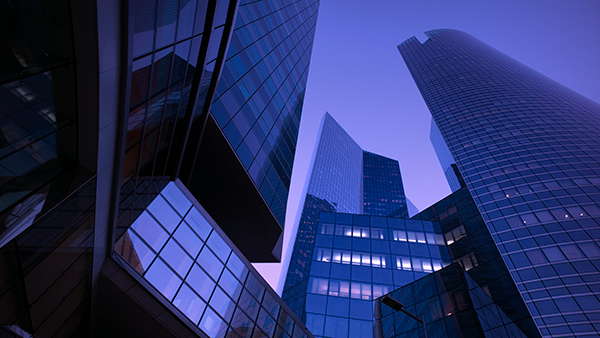 Modern slavery is a phenomenon that pervades our societies, but is often hidden just out of sight. It can be linked to our clothes or our food, to the factories that produce the products we use on a daily basis or to the catering at restaurants we visit. It can also lurk within houses, affecting cooks, cleaners or nannies. It is not an issue confined to the distant countries that appear on the ‘Made in…’ labels that we see on our clothes but do not really enquire about. In the UK alone, the Office of National Statistics reports that 7,779 modern slavery offences were recorded by the police in the year ending March 2020; a 59% increase as compared to the previous year. And, given the increase in unemployment and financial insecurity associated with the pandemic, the threat is now more present and urgent than ever.

Covid-19 and the ensuing economic crisis have exposed more people to exploitation, adding urgency to the global fight against modern slavery and human trafficking. For example, developments over the past year have resulted in the cancellation or delay of building projects across the Arabian Gulf, resulting in many workers being trapped in debt bondage, unable to repay the loans they have taken out to cover illegal recruitment fees.

Although unemployment is generally on the rise, some businesses, such as those producing healthcare equipment, have actually been forced to rapidly hire more workers as a result of increased demand for their material, potentially exacerbating modern slavery risks if rapid production is prioritised over labour standards. Worldwide, the pandemic has had wide-ranging impacts on health, homelessness and poverty, leaving the doors open to the exploitation of vulnerable individuals.

In January, Themis published a report in partnership with the UK Independent Anti-Slavery Commissioner and the TRIBE Freedom Foundation, which looked at the links between the financial services sector and modern slavery. The research highlighted the importance of increasing awareness of the issue; our polling showed that 30% of financial services employees do not believe modern slavery is something that happens in the UK. This number increases to 39% amongst those at middle manager level and rises to 45% amongst board level managers and directors.

Government and law enforcement are critical to tackling modern slavery and human trafficking, but the private sector also has a crucial role to play. Firms which supply goods or services and have a total annual turnover of £36 million or more are required by the UK Modern Slavery Act 2015 to publish an annual modern slavery statement setting out the steps they have taken to identify, address and monitor their modern slavery risks, including across their supply chains. The Act was revised in September 2020 to include new measures that strengthen reporting and encourage organisations to be more transparent about the work they are doing to ensure responsible practices. In addition, momentum is building across Europe regarding mandatory human rights supply chain due diligence requirements for businesses, with draft legislation expected to be tabled by the European Commission in early 2021.

Financial institutions need to be at the heart of any global effort. By allowing modern slavery and human trafficking practices to go undetected in their organisations and supply chains, businesses are not only enabling human rights abuses but are also unwittingly complicit in financial crime. Banking services are used by both the perpetrators and victims and, as a result, any proceeds generated by modern slavery and human trafficking, which are channelled through banking systems, represent criminal property and will be classified as money laundering. With stronger anti-money laundering requirements on the horizon related to the EU’s new 6th Anti-Money Laundering Directive, and increased focus of many governments on human rights due diligence reporting, firms do not want to be found culpable.

Our research found that for too many financial organisations, compliance with the Modern Slavery Act is regarded as merely a tick-box exercise, rather than a way to mitigate potential legal, reputational, financial and material risks for their business. In reality institutions that take effective action against modern slavery practices are more robust and more valued by consumers. With the rise of environmental, social and governance (ESG) ratings and human rights due diligence, firms need to be ahead of the game when it comes to managing risks in their supply chains. These are not just regulatory and legal requirements: millennials are now a major part of both the consumer base and the investment community and have the power to influence purchasing patterns, frequently investing in or buying products offered by companies with a positive ESG focus, including with regard to human rights. Quite simply, focusing on the ‘social’ within the ESG ratings is now a good investment decision.

Finally, as economic hardship hits, high street banks should do more to help those who will be more vulnerable to escape the cycle of exclusion and vulnerability by offering them clearer paths to financial inclusion. Without financial independence, victims and survivors are unable to fulfil basic daily tasks such as paying for housing, food, or even receiving compensation, which may have been awarded following a criminal prosecution. Themis found that many survivors are barred from accessing conventional banking products or services due to insufficient identity documentation, lacking proof of address history, language barriers and/or limited financial literacy.

Financial institutions should manage their business activities in order to identify, remedy and prevent human exploitation. However, they also have the ability to support survivors, identify victims and reduce individual vulnerability through partnerships and philanthropic support.

Although modern slavery is not always visible, it exists across our societies. Fighting it is not only the ethical thing to do, firms have a legal obligation to act and doing so will help to drive business amongst increasingly socially conscious consumers. While it has never been acceptable to look the other way, it no longer makes business sense. Ignorance is not a line of defence; if companies look hard enough, they will find modern slavery in their supply chains and need to take a clear stand and act now.

We are keen to share case studies of industry best practice and welcome any additional responses from fellows of the RSA, especially where there are links to the financial sector. Submissions can be made in writing to Hope Sherwin FRSA at [email protected]