Scotland in a post-pandemic world

Next month Scotland goes to the polls.

Chris Creegan and Adam Lang FRSAs argue that, amid all the fault lines which have characterised the build up to the campaign and its opening shots, there is one thing everyone seems to agree on: this is the most important election since the Scottish Parliament was created 22 years ago.

The continued centrality of our constitutional future to Scottish politics is indisputable and unavoidable. And that makes it challenging, even foolhardy, to attempt a critique beyond the ever more febrile election narrative which comes with it. Yet whatever one’s view on that issue, there is another obvious reason why this contest matters so much: Covid-19. 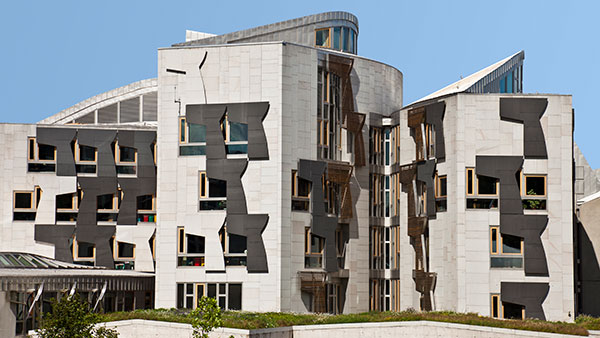 For many in Scotland’s political sphere, the constitution and pandemic recovery are indivisible. In one direction or another, it will be argued that the outcome of the first is essential to the efficacy of the second. But viewed from outside the tent, regardless of any political preferences, there is a problem with this co-dependency.

Constitutional binary or not, it is this moment, as we navigate our way out of the immediate crisis, which provides post-devolution Scottish politics with its biggest test yet; one that was scarcely imaginable when our parliament was created. Whatever the election outcome, we still need to work out what sort of country we want Scotland to be in a post-Brexit world. And the enormity of the rupture created by Covid-19 has given that question unforeseen heft and urgency.

This raises a fundamental question: is our politics up to the job? Can we finally make real on the much-vaunted promise of a new – more consensual – political culture that we heard so much about in 1999? Can we transcend the divisions that have come to characterise the everyday churn of Scottish political life?

The last year has been unimaginable, marked by sacrifice, loss and anxiety on a scale few can remember. Our response has been marked by community endeavour, individual bravery, frontline heroism and institutional innovation. It has been far from plain sailing but we have proved that we can do things differently and that, in the face of a crisis, we can shift from process to a focus on outcomes in shorter order than we had previously thought possible. Using real time data, we have at times been bolder, moved faster and collaborated across sectors better than at any point in the last two decades. But has this happened because of politics or in spite of it?

We will be rightly scrutinising the tumultuous events of the last 12 months for years to come. And there are certainly questions that need to be answered, not least the resilience of our institutions, which for all the commendable endeavour on display, has sometimes been tested to breaking point. But right now, looking to the future is more urgent than it has ever been. We face not just a public health crisis but also an existential climate emergency alongside a host of long-standing and intractable social and economic challenges.

The speed of progress

Despite a wealth of good intention, progress has either been too slow or inadequate – or both – on too many urgent issues in recent years. Poverty, poor health – both physical and mental – institutional inequality, educational attainment, homelessness, creaking public infrastructure, our underperforming economy and a rapidly ageing population. As we have trodden water, the fourth industrial revolution has continued to change the world around us. Our world is data driven and digital now. Connectivity, ethics and privacy are the watchwords of our future rights.

In this complex context, business as usual is not an option. And any post-pandemic social contract will have to rise to new expectations and challenges. Whatever the level of public debt, citizens – scarred by the pandemic – will assert their rights as creditors. Together we will have to make difficult tax and spend choices, tougher than ever before. But in the face of all this, history offers hope if we are willing to seize it. Previous crises have galvanised politics, renewed civil society and hastened progress.

Following the devastation of the First World War and the 1918 Spanish Flu pandemic came the Roaring Twenties, which saw significant investment in public spaces, dance halls, cinemas, and venues; places for people to come together and celebrate human connection.

The physical and emotional horrors of the Second World War ushered in a renewal of the bond between citizen and the state, including the creation of the NHS and the welfare state, mass social house building, the strengthening of workers’ rights and significant modernisations of equalities and enfranchisement.

More recently a gay rights movement spurred on by the horrors of the AIDS crisis, captured in such timely fashion in Russell T Davis’s “It’s a Sin”, heralded rapid changes to public attitudes, rights and greater equality.

In each case, bold ideological and practical responses have been delivered in response to fault lines exposed and trauma endured. History begs profound questions for Scotland as our generation defining election looms. Where is our big political mission? Where is our zeal for social renewal?  Such questions are all too often obscured by our prevailing political culture. For vision and values, read tribalism and territorialism. For fellowship, read flags. We have had months now of vendettas, personality politics and bitter sniping.

As the campaign unfolds, policy is fighting back but finding it hard to cut through the shouting. We need serious debate on a delivering a Green New Deal, a wellbeing economy, affordable housing, integrated transport, and so much more. There is vital work underway to focus on too; including social security devolution, a new public health agency, the Scottish National Investment Bank and creating a national care service, the Promise.

What makes all this even more frustrating is that there is no dearth of thinking. Although often derided as not being a match for London, Scotland has think tanks, policy organisations and independent advocates aplenty. There is plenty of room for more, of course, but there are already ideas in abundance to be poached.

We have a host of world class research institutes too. We have fine policy frameworks, committed public servants and a vibrant third sector. But we need to up our game on collaboration, knowledge transfer and, most of all, on Scotland’s Achilles heel, implementation. Too often when bold offerings are made, they are cast as shallow slogans, headline soundbites or spending bids. We need to replace talking with doing, moving from review and diagnosis to action and investment.

Doing is a fine balance between unstinted ambition and unpopular choices. Building a better tomorrow is hard graft and too often is at odds with the tribal short-term politics that we, as citizens, have come to expect, and colluded with. It will not happen overnight, in a single parliamentary term, or with another 10-year strategy. But what if we raised our line of sight to the Scotland we want to be in 2050 and worked backwards, so that what we prioritise over the next term – and the one after that – delivers the foundations for generational change?

The ideas forged in the debates and creative thinking of Scotland’s Enlightenment helped to shape and inform a century of practical reform and human progress across the globe. Can we be that nation again? If ever there was a time to rise to such a challenge and ditch partisanship in favour of a brighter future, surely it is now?

If we are to stand a chance, the renewed polity that we have talked of so often cannot come a moment too soon. It has become accepted wisdom in recent years that relationships and behaviours, at least as much as structures, systems and processes, are what drive – or stand in the way of – organisational change.  This is no less true of politics.

The shifts required to realise such ambition are numerous. In no particular order, they include strategy to implementation, inquiry to delivery, performance to practice, representation to participation, provider to user, command to collaboration, national to local, adversarial to consensual. These things have a common thread; they shift the focus of decision-making. But this is not simply about giving power away. It is about all of us doing politics differently. We champion the Christie Commission as an exemplar but we have not made it happen yet. We must, as we must also make tangible progress on the Local Governance Review.

We need to find a way of managing our expectations too. Human agency is always flawed, scarcely more so than when brokered by political parties. No one party can deliver this either. With the RSA’s Living Change Approach in mind, how do we combine our knowledge of the system with the agility to act responsively and entrepreneurially to shape inclusive, equitable and sustainable futures?

Can our politicians start with what they agree on, and disagree better too? Can they embrace the original promise of our parliament and coalesce on shared priorities? Can they hand responsibility for making things happen to commissioners, not of inquiry but of delivery? Can they be facilitators rather than gatekeepers? As Anthony Painter and Matthew Taylor argued recently, can government be first follower?

But these are not just questions for politicians. In civil society and in business we must rise to the occasion too. We must offer constructive challenge while avoiding the trap of compliant co-option. And as citizens, we must radically rethink our ask of those we elect, what we want them to do and how we want them to do it.

It all amounts to this: can we actually get things done? That is the real task now for all of us in Scotland, the one upon which concrete change is predicated. And it cries out for the new culture we aspired to nurture in 1999. As Donald Dewar said in his opening speech to the Parliament: “This is about more than our politics or our laws, it is about how we carry ourselves”.

This article was written by the authors in a personal capacity. They would like to thank a number of people who offered comments on an earlier draft.

Chris Creegan is Associate Director of the Coalition of Care and Support Providers in Scotland (CCPS) and Chair of the Board of Trustees at the Scottish Association for Mental Health (SAMH).

Adam Lang is Head of Nesta in Scotland, a member of the Board of Trustees at the Scottish Council for Voluntary Organisations (SCVO) and sits on the Data Driven Innovation Advisory Board at University of Edinburgh.