General Ignorance: It’s all about what you don’t know

Legendary producer and QI mastermind John Lloyd visits the RSA to share the culmination of a life’s reading – that it’s what we don’t know that really matters.

Legendary producer John Lloyd is renowned for his voracious appetite for ideas. In a bid to know ever more about the universe and our place in it, John has been steadily ransacking and devouring the fruits of the world’s libraries – from treatises on philosophy and religion to school textbooks on chemistry and physics. His fierce curiosity led him to establish the internationally adored panel show QI, and his delight in the world’s wonders proved completely and utterly infectious.

But having reached a position of knowing more than he’d ever known, John increasingly found himself coming back to the same stumbling block – the awareness of how little he actually knew. The culmination of a life’s reading and thirsting after knowledge led him to a realisation: that it’s what you don’t know that really matters.

The wisest thinkers have always admitted their ignorance – Socrates famously declared he was one of the wisest men in Athens because he knew only one thing ‘that I know nothing’; Keats aimed to live in a constant state of uncertainty and half-knowledge, and both Kant and Einstein took great pains to emphasise the limits of what we can ever know about the world.

John Lloyd visits the RSA to show us how the best scientists are driven by ignorance and imagination, the best teachers are open to admitting how much their students can teach them, and why it’s what we don’t know that really counts.

Speaker: John Lloyd,  director, producer and writer. Spitting Image, Not The Nine o'Clock News, Blackadder and QI are just a handful of the programmes he's helped to create 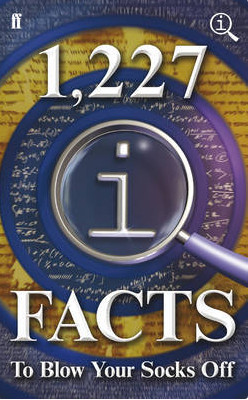